Playing: A Game of Pétanque

Here we are: back home in Ann Arbor, and I'm reading other people's blogs. At the blog titled "Where's my backpack," Ailsa Prideaux-Mooney has challenged her readers to create posts on the theme "PLAYING." To me, this is a great idea, as in fact, I rarely get photos of activities that would be considered "play."

Birdwatching? I do it all the time for fun, but it's not really play. Eating and cooking? Some of the motives are similar -- but it's not really play. In my two recent trips, very few of my photos concern any conventional images of "play." I didn't, for example, take photos of musicians playing, the subject of several of the other blogs on the subject. Though I attended an opera performance, the musicians playing in fact seemed very very serious.

As I thought about play, I remembered watching a game of Pétanque in the small town of Saintes-Maries-de-la-Mer in France last April -- 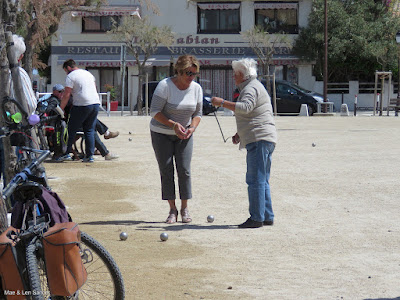 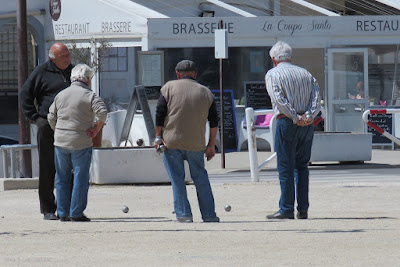 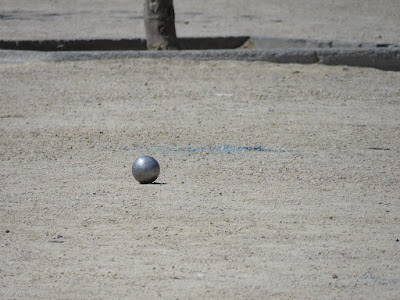 ... and also remembered a few similar photos from the Luxembourg Gardens in Paris a week later: 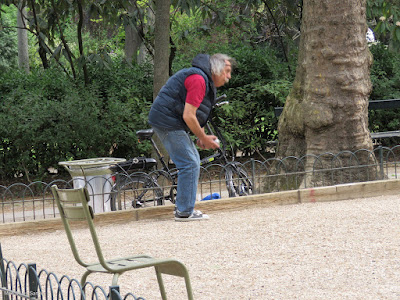 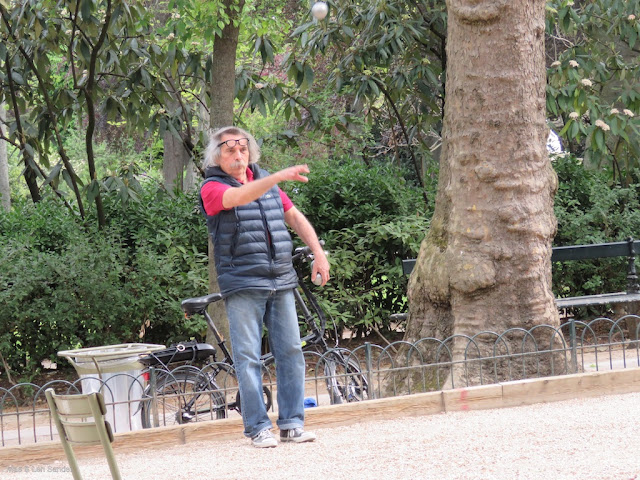 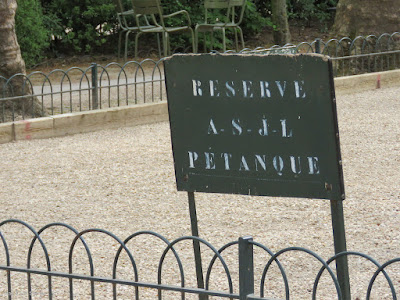 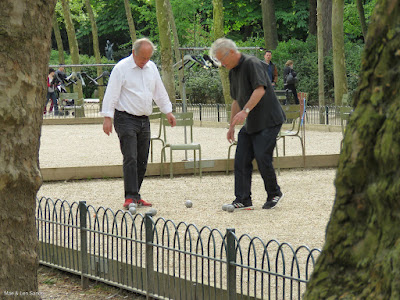 From the "Discover France" website, an explanation of this game and its popularity in France:

"The game of boules, otherwise known as pétanque, is perhaps the sport that is closest to French hearts. Similar to British lawn bowling or Italian bocce, the French version is traditionally played with metallic balls on a dirt surface beneath plane trees, with a glass of pastis at hand. The local boulodrome is a social focal point in southern France.

"The object of the game is to throw your balls — usually with somewhat of an arched back-spin — so that they land closer to the small object ball (cochonnet) than those of your opponent, or strike and drive the object ball toward your other balls and away from your opponent's."

I've seen the game played elsewhere, including in the park a few blocks from my home, but these photos seem the most playful for the blogger theme.

Always love seeing your photos from your travels. What a great theme!

Welcome home. I saw them doing this in Tuileries. Of course, then I thought it was boules but now I know better. It's France! I love how people just get together to play -- they don't need a ref or markings on a field. Just the balls and the know-how.