Cooking in my Kitchen 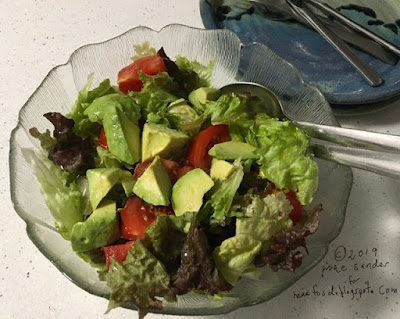 In my kitchen in November, it's been very quiet. It's a new season, and the prolific fruit and vegetable harvests of the early autumn are over. I've been making salads with vegetables from far away, enjoying the colorful tomatoes, lettuce, avocados, and bell peppers that aren't growing around us, now that the cold has set in: we did have a real cold snap with deep snow in mid-November. The biggest November kitchen event is Thanksgiving, but we are spending this holiday with our family in Virginia, as very thoroughly reflected in a series of blog posts on Thursday!

Although no new kitchen items appeared this month, I still wanted to participate in Sherry's blog party, so I'm sharing some pictures of what we have eaten this month, beginning with some very plain salads -- one is shown at the top of this post. For more exciting kitchen news, check the blog
sherryspickings.blogspot.com
where many bloggers post their kitchen news. Sherry herself lives in Australia, along with many of the other participants, so you'll find lots of wonderful spring foods, fresh berries, apricots coming into season, and more in their kitchen posts. Fun to read from here, so far and so cold! This post and all the photos are copyright © 2019 by this blog: maefood dot blogspot dot com. If you see this elsewhere, your are reading a pirated edition.

As I say, November was a very quiet month at home. Besides the books I reviewed on the blog, I also read two books that I didn't write anything about (at least not yet) --

And we subscribed to HBO, for at least as long as we find things to watch. What we have watched but I haven't written about:
December will be busier, but like November, maybe will not involve my kitchen very much.
Posted by Mae Travels at 8:00 AM 7 comments: 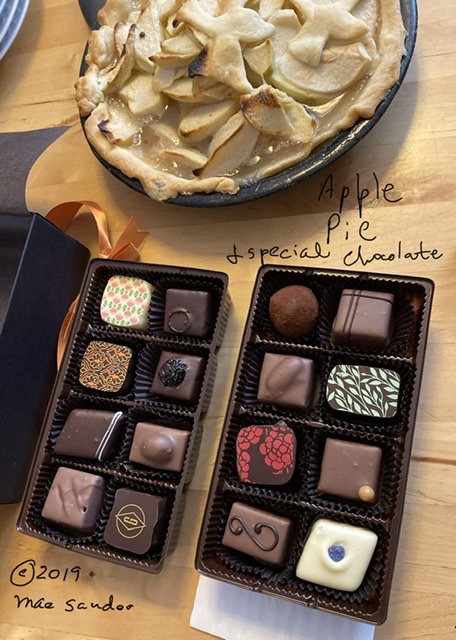 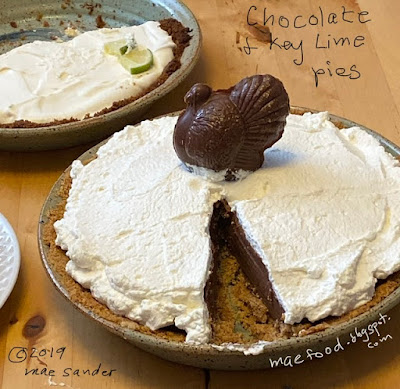 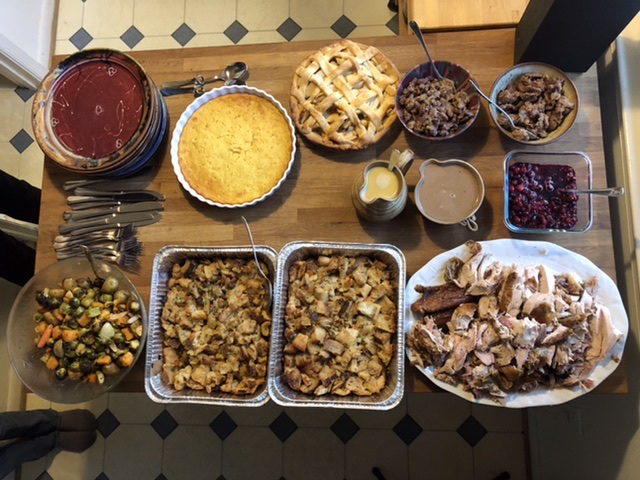 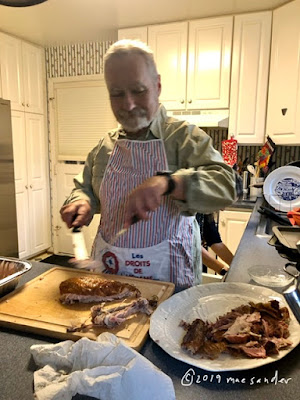 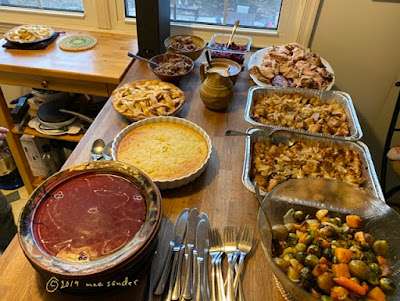 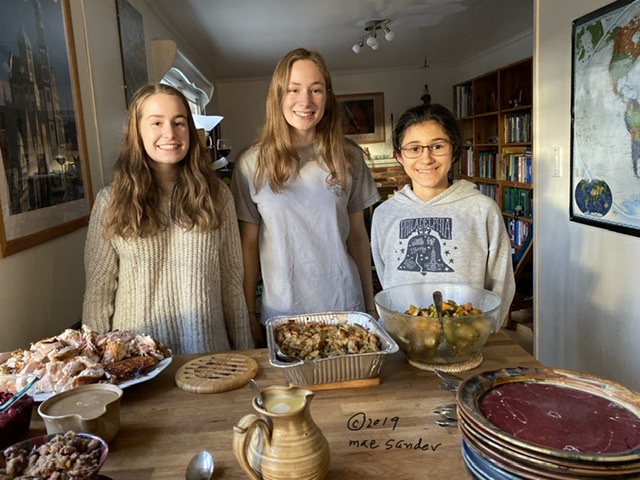 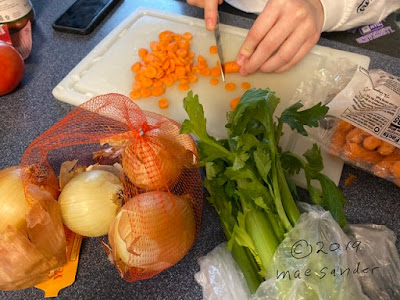 Chopping vegetables for stuffing to be cooked in the oven while the bird is on the grill... 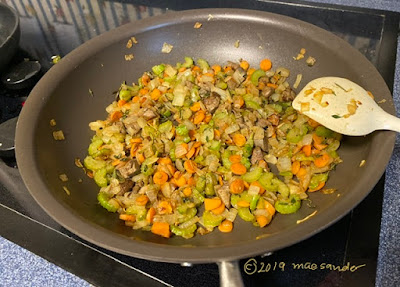 Frying the vegetables for the stuffing, along with the chopped up liver. One half of the stuffing is without giblets, one half with giblets. 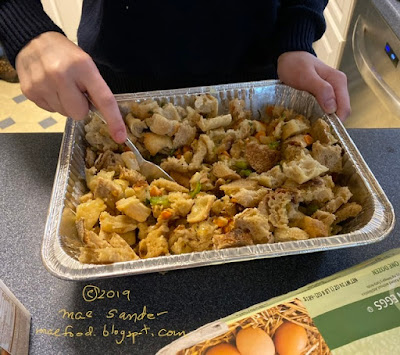 Stuffing out of oven, ready for dinner. Now the oven can be used for pies! 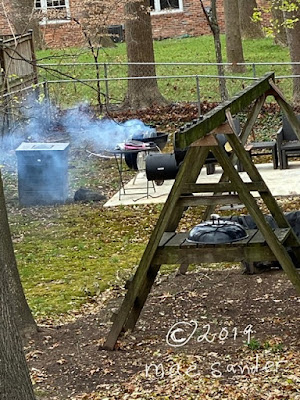 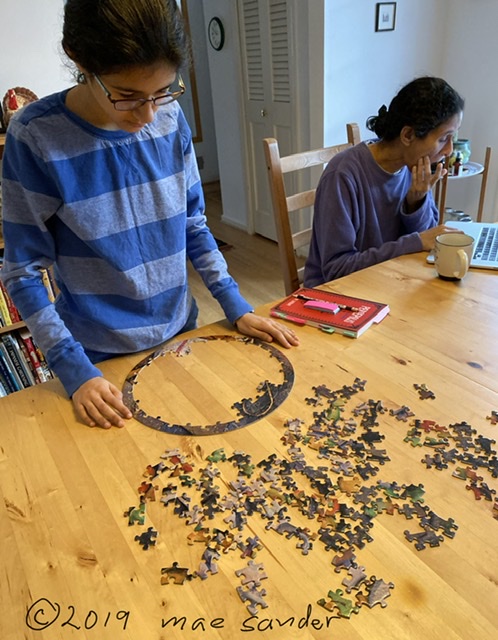 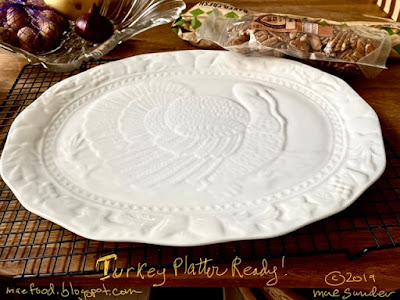 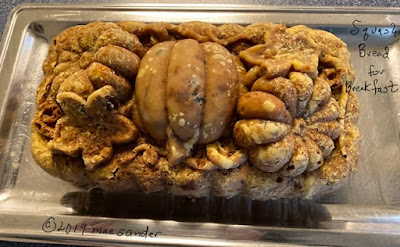 The Night Before Thanksgiving

Getting ready for Thanksgiving tomorrow, when Len and Tom will be cooking outdoors on the grill.
Posted by Mae Travels at 11:58 AM 2 comments:

Waiting for the Plane to Thanksgiving 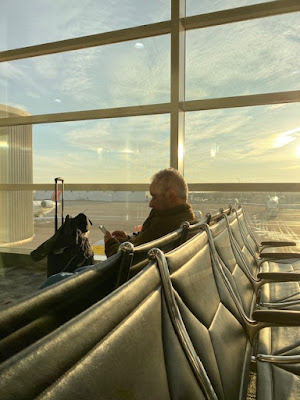 We enjoyed a beautiful sunrise as we drove to the airport. Now the sun is beautiful. Hoping for good weather for the holiday weekend!
Posted by Mae Travels at 8:32 AM 9 comments:

Along the Mississippi: The Culinary Historians' Dinner 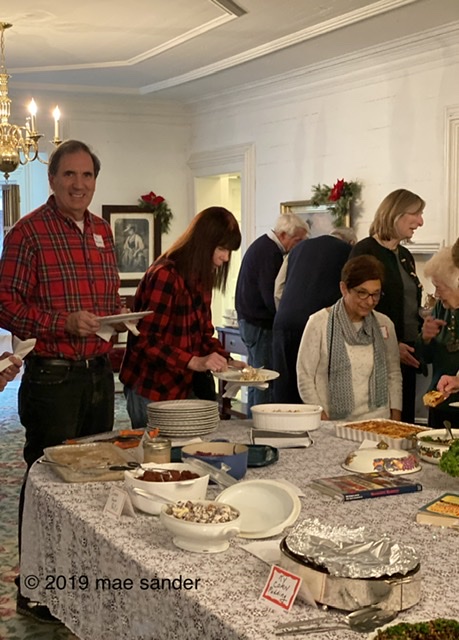 The Culinary Historians of Ann Arbor (CHAA) held their winter theme meal on November 24. The theme was foods from states along the Mississippi River. As we have done many times before, members contribute one or more dishes that follow the theme. We present our dishes and a bit of history or background about what we cooked and how we made our choices and then we eat! 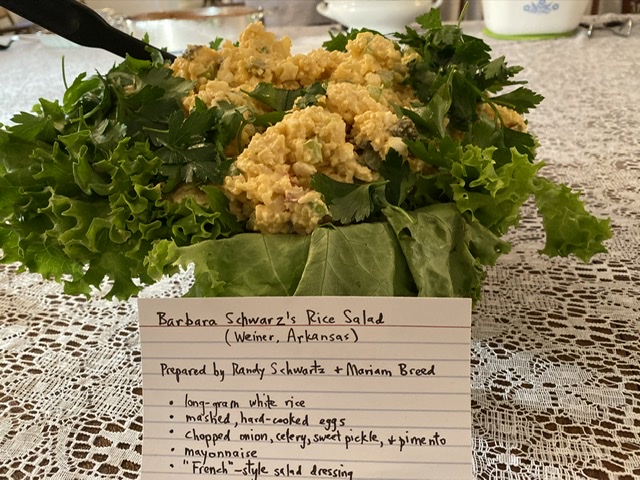 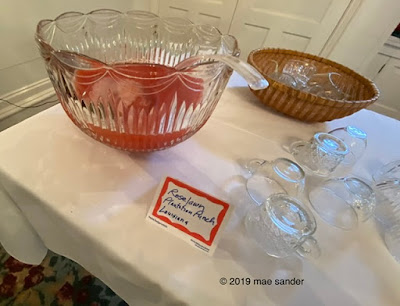 Here is a list of most of the contributions in geographic order. Sherry said "It's a long river," and I think we showed that she was right!

From Minnesota:
More from the Midwest: