Kitchen on the Road

Blog post © 2022 mae sander
Shared with Sherry’s In My Kitchen blog event.
Posted by Mae Travels at 7:44 AM 15 comments:

Oklahoma’s stretch of old Route 66 offers a large number of tourist attractions. The original Route 66 was designed in 1926 to encourage road travel by the growing number of American families with automobiles. Route 66 began in Chicago, and ended in Los Angeles, and in the early years attracted tourist business for the small towns all along the way. By current standards, the time to drive the old road was endless!
In the Dust Bowl era of the 1930s, Route 66 was the route of the “Okies” — families displaced from farms by drought and economic hardships of the Depression, many from Oklahoma. John Steinbeck, in his famous book about these families and their journey west, named it “The Mother Road.” Woody Guthrie, who was born and grew up in a town on Route 66, wrote many songs about road travel by homeless wanderers seeking a better life. And Nat King Cole, in 1946, sang “Get your kicks on Route 66.”
Traveling across the country, I’ve often driven the newer four-lane divided Interstate highways that replaced the old two-lane Route 66 (though in 1960, on a family vacation from St. Louis to California, I did see at least some of the original). Instead of going through the middle of small towns, the Interstates are limited access, and mainly bypass the town centers — leaving the old diners, roadside motels, and souvenir shops behind. Now you take the exits to visit fast-food chains and big gas stations. There are rows of name-brand hotels alongside the frontage roads in the cities, and you don’t need to go into towns at all. But it’s very efficient.
Driving from Santa Fe to Oklahoma City on Wednesday was uneventful, with the usual wide-open spaces and hilly landscapes. Driving from Oklahoma City to Rolla, Missouri on Thursday was a nightmare: the worst pelting rain that we’ve driven through in years. In the morning, the trucks passing me kicked up such a wall of water that sometimes I couldn’t see the lines on the highway — which were the only way that I could navigate. We finally gave up and stopped for 45 minutes until it cleared up a little, but in the afternoon it was nearly as bad. We hope Friday will be better.
Blog post © 2022 mae sander.
Posted by Mae Travels at 7:53 AM 12 comments:


The artist Randall Davey (1887–1964) was the owner of a beautiful house and art studio outside Santa Fe, New Mexico. The property is now the Randall Davey Audubon Center and Sanctuary. Davey taught art at several institutions, including the University of New Mexico. A number of well-known museums display his paintings.

For us the main memory of this artist is the beautiful garden full of bird feeders, and surrounding land, where it’s great to watch birds and other creatures. We have visited the bird sanctuary several times on our various trips to Santa Fe, including this week. We’ve never had the opportunity to tour the house and studio, however. 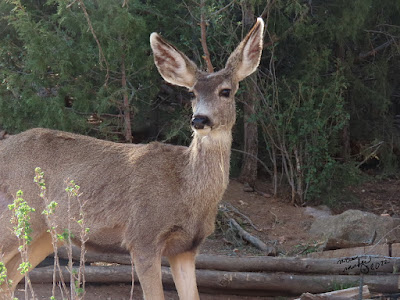 While we are currently traveling home from our trip to Arizona and New Mexico, I’m posting more about what we did while in the West.
Blog post © 2022 mae sander.
Posted by Mae Travels at 7:00 AM 11 comments:

We have now driven from Santa Fe to just outside Oklahoma City, on our way back from our road trip. There’s nothing to write about here, so here’s another post about the interesting street art in Santa Fe. 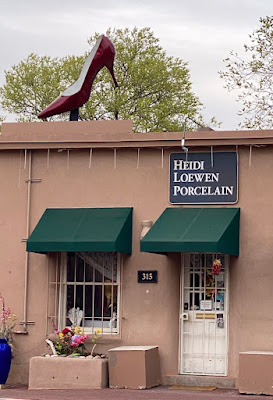 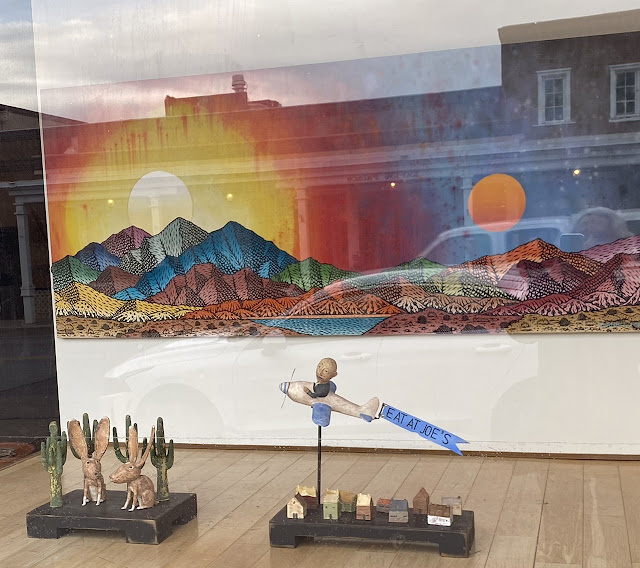 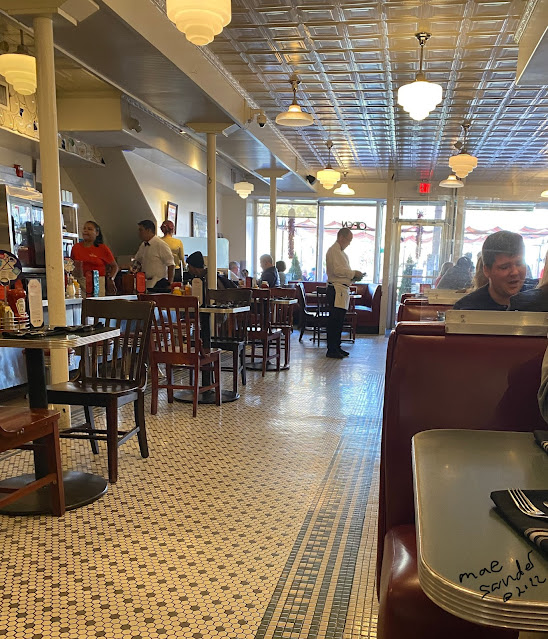 Lunch at Pasquale’s, a famous restaurant in Santa Fe. 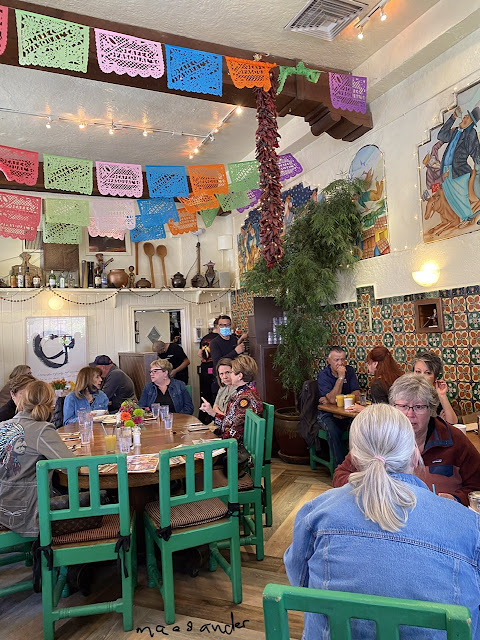 What will we have for our last dinner here? Maybe I'll update this post with one more set of photos! 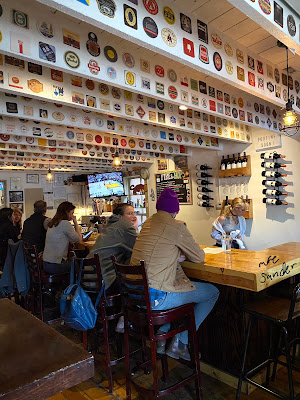 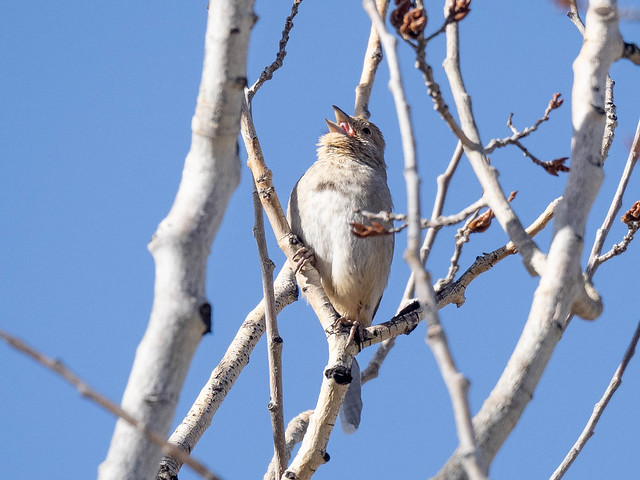 Besides eating, this morning we have done a bit of birdwatching at the Randall Davey Audubon Center & Sanctuary.  Len took several bird photos while we were enjoying the early morning light.
This afternoon, we visited three museums. The Museum of Indian Arts and Culture is always a favorite, though unfortunately today most of the exhibits are under construction, so we didn't see much. We proceeded to the Folk Art Museum where there was a fabulous exhibit of Japanese art and cultural ideas about demons. And we also visited the Wheelwright Museum of the American Indian, though didn't take photos.

Artists worldwide have been responding to the pandemic with a variety of creative work. I was surprised and fascinated by the items in the exhibit (online here). My favorite was a recreation of a traditional Day of the Dead altar, as a pandemic altar. The artist is Arthur Lopez of Santa Fe, and the title is "Altar Vision: 2020."