In and Out of Our Kitchen in November

Cooking in our kitchen, November 1-November 25 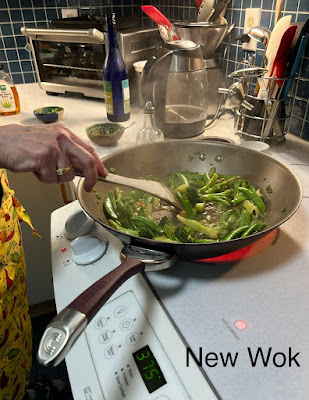 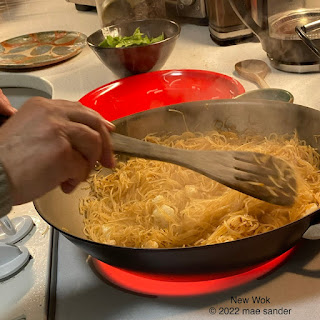 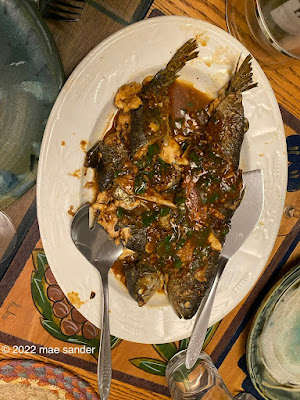 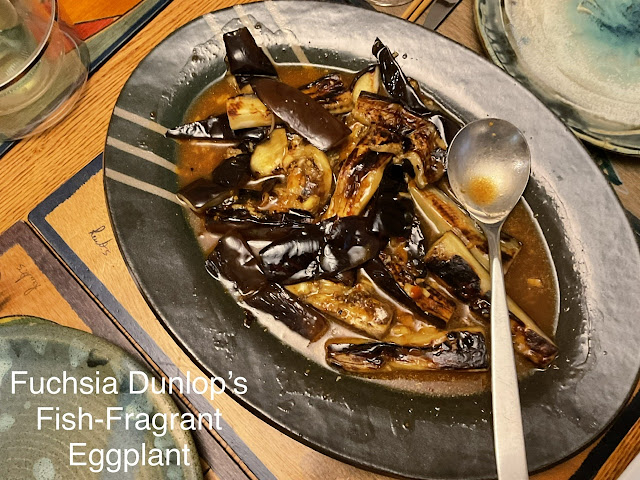 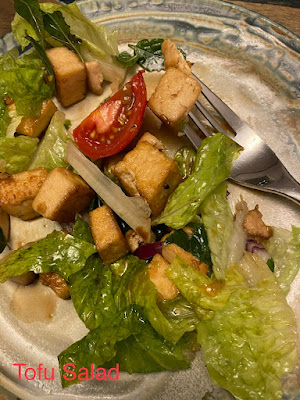 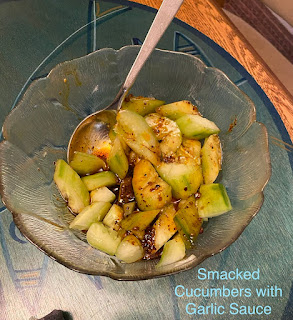 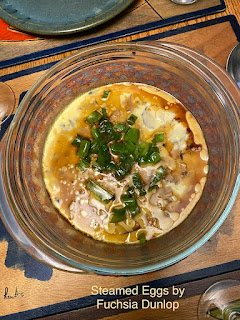 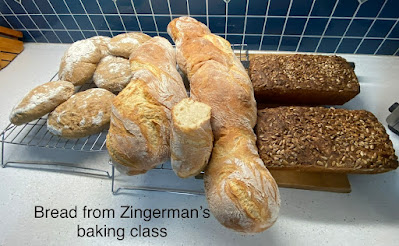 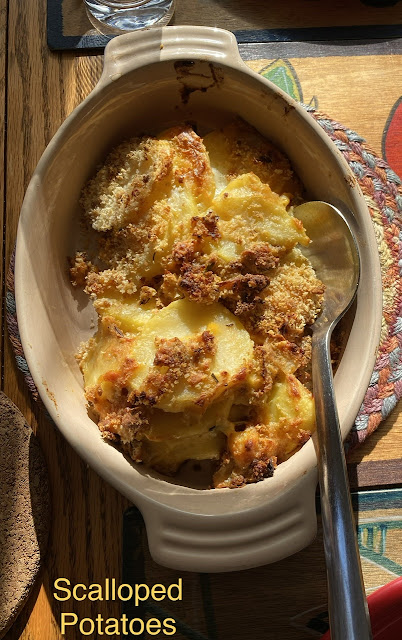 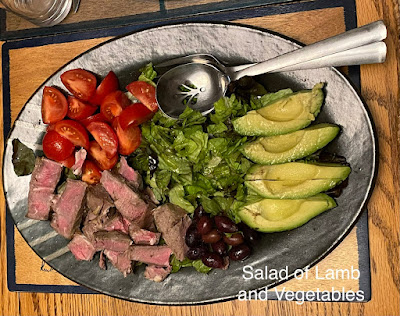 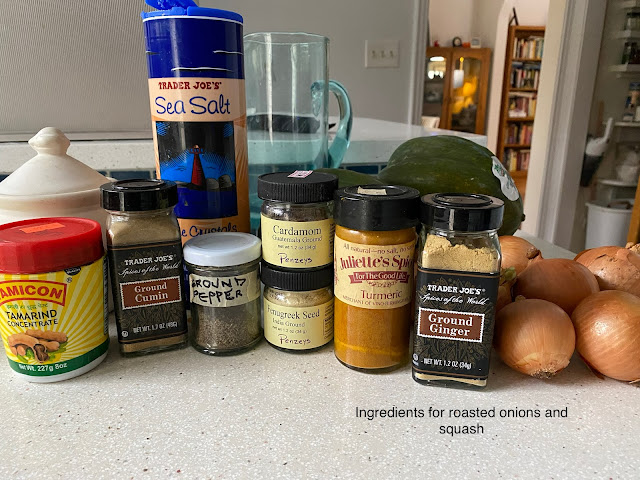 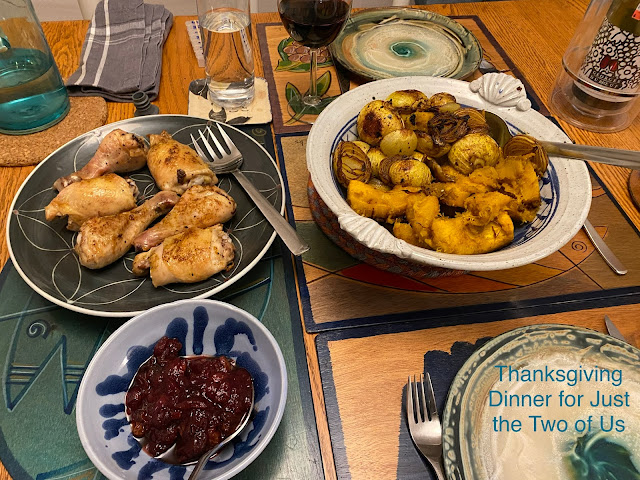 Traveling in the Netherlands, November 27-30 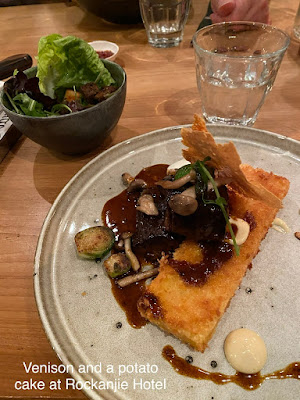 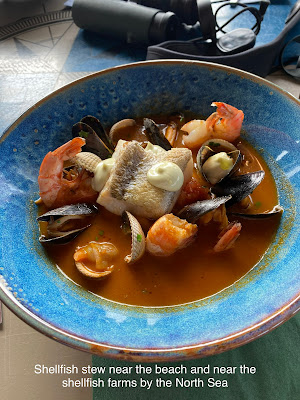 A Very Foggy Day in Holland 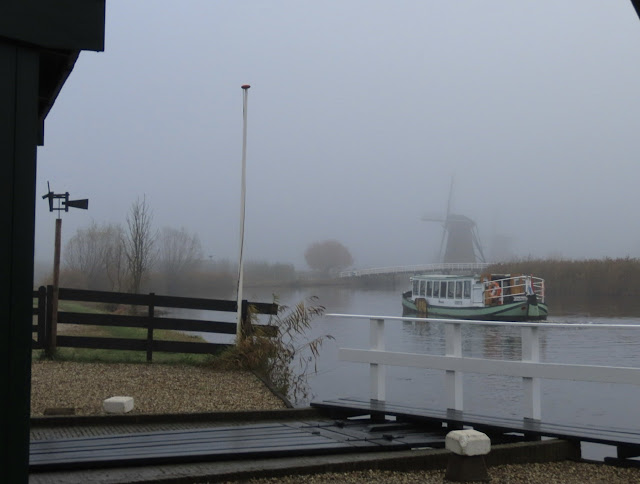 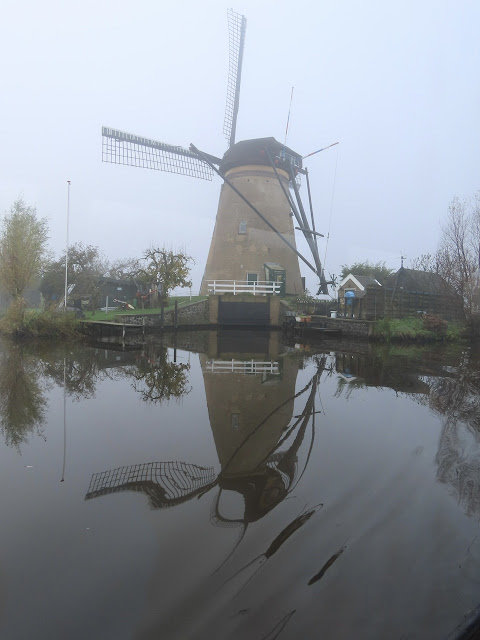 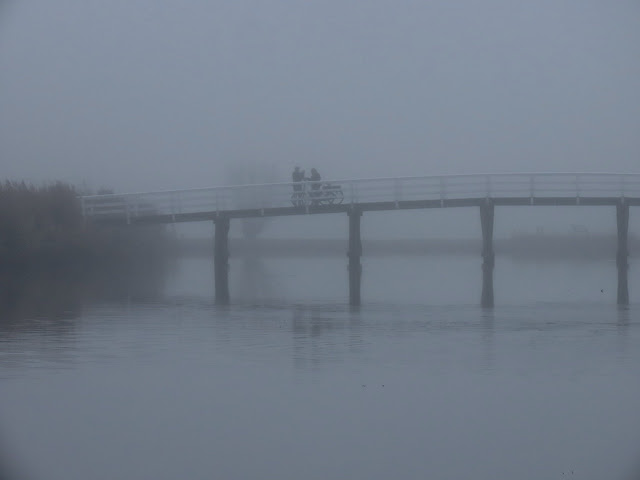 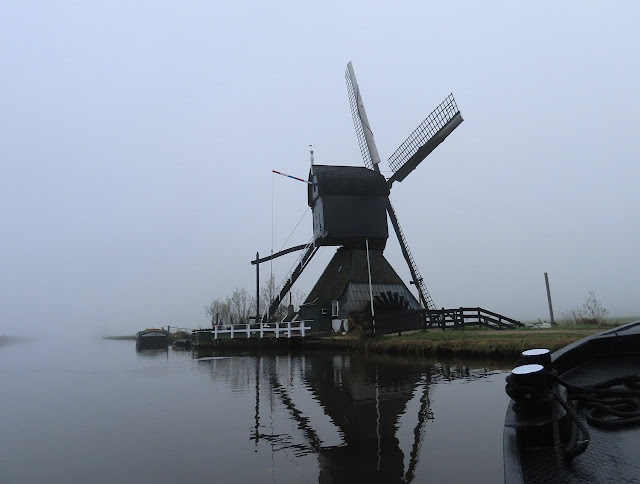 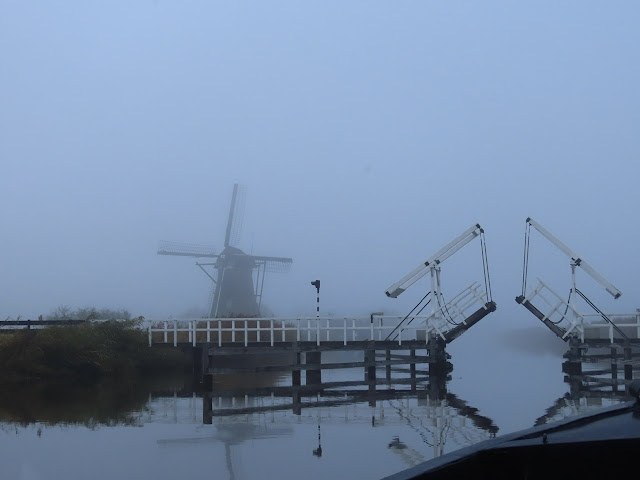 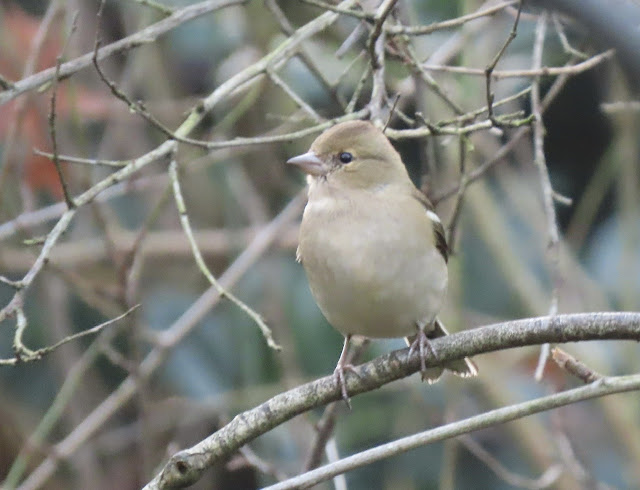 Birding in the South Of Holland 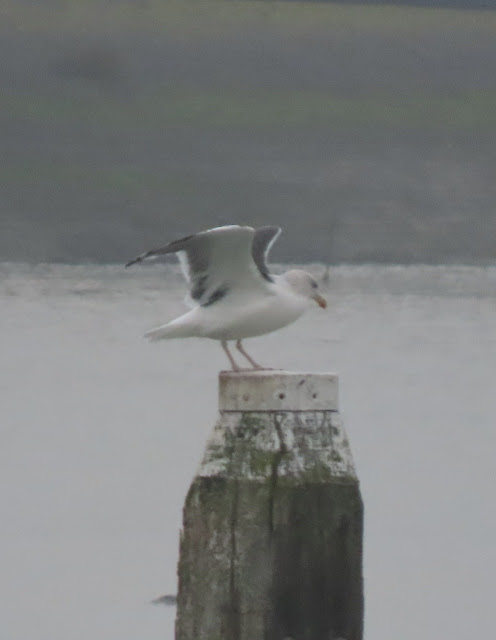 A Beautiful Museum: Mauritshuis in the Hague. 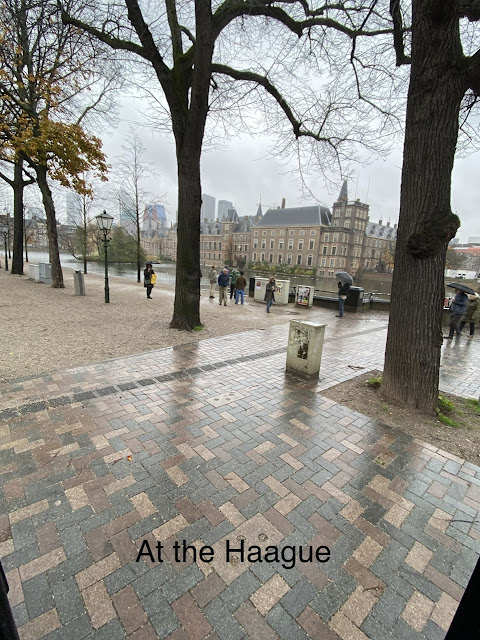 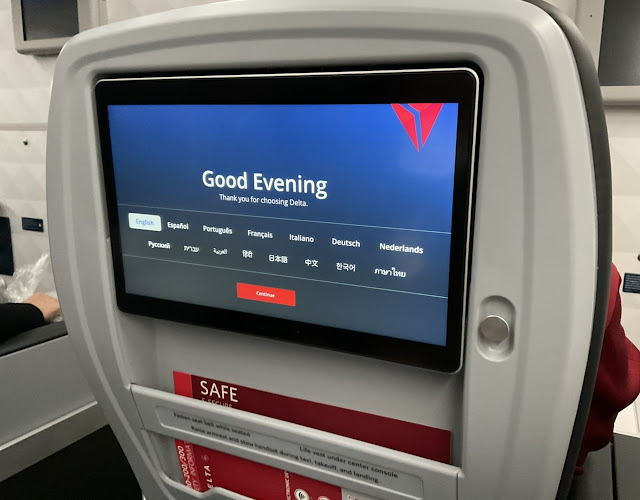 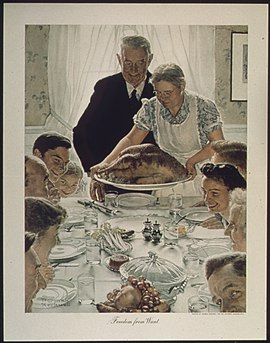 As Americans celebrate Thanksgiving, many of us contemplate the blessings and the problems present in our society today. I feel that freedom is the greatest gift that Americans possess. In the State of the Union address in 1941, President Franklin D. Roosevelt defined four essential freedoms that needed protection in his day, and always. My Thanksgiving thoughts dwell on these freedoms and how they exist in our society now.

Freedom of speech continues to have undisputed value, though recently has often been jeopardized. For example, the fight to keep books on library shelves, safe from self-righteous censors is a very active fight at the moment. In the campaign to destroy the freedom of reproductive choices, laws are also being proposed or enacted to muzzle speech by medical professionals or others helping women to exercise these rights. Freedom of speech is also much undermined by those who abuse it to spread false information: for example, over 300,000 covid victims have died because they were maliciously deterred from receiving immunizations (source). Our country needs to work on building trust, not destroying it. In my Thanksgiving thoughts are these ongoing struggles to protect freedom of speech and its benefits.

Freedom from want is an especially critical idea to think about on Thanksgiving, when many American families celebrate with a traditional meal. Unfortunately, many Americans are not free from want. For example, in my state, Michigan, 1.2 million people face hunger, including around 300,000 children (source). In some states, legislators are refusing Federal food benefits for citizens in need because these politicians view the hungry people as undeserving (source). Food banks and other social service organizations are stressed, as a large number of families are still suffering from the effects of the pandemic. The potential of global warming to destroy food security in coming times is another very complex issue, which I can't elaborate here. Whether we are among the fortunate or the needy, the freedom from hunger will continue to be essential to human well-being.

Freedom of worship and freedom from fear are the two other freedoms listed in Roosevelt’s speech. I am thankful that we enjoy them here in America. In Roosevelt's time, these freedoms were under unprecedented threat in Europe as the Holocaust was just beginning, ultimately resulting in the deaths of 10,000,000 human beings.

Today in America, while the situation is nowhere near as dire, both of these freedoms are jeopardized. We collectively experience the recurring nightmares of mass shootings in places of worship, in schools, and in many other gathering places. Freedom suffers because of hostility towards many minorities, including a return of the antisemitic conspiracy theories of the Nazi era and of the racist virulence of our own history.

That said, Americans still are better off than minorities in many other countries, where worship isn't even officially protected at all, and where other personal freedoms are absent. So I am thankful for what we do have, and hopeful that we can, with a good will, improve the situation some day. I'm thankful for Roosevelt's leadership and many other people's efforts in the past. And I am thankful for the commitment to continued democratic voting that voters in several states established in the recent election.

I think of the very dark days when Roosevelt gave his speech. The world was in the shadow of the coming war, facing Nazi Germany and Imperial Japan. There was a threat to all freedoms everywhere. He expressed a wish for a future where these freedoms would be protected, and he was aware that such protection would soon be very costly. He said:

"That is no vision of a distant millennium. It is a definite basis for a kind of world attainable in our own time and generation. That kind of world is the very antithesis of the so-called 'new order' of tyranny which the dictators seek to create with the crash of a bomb. ...

"Freedom means the supremacy of human rights everywhere. Our support goes to those who struggle to gain those rights and keep them. Our strength is our unity of purpose."

Thanksgiving thoughts inevitably turn to the history of the holiday, and the many fraught questions of the idealized story of friendship between “Pilgrims and Indians,” as opposed to the actual story. For an interesting viewpoint, see the op-ed  “It’s time to rethink” in the L.A. Times.