In the Kitchen in September

In September, I have new gadgets, new food products, but no new optimism in my kitchen. Although consumption in our household has gone down during the pandemic, we did buy a few new items. Here are the ones for use in my kitchen and dining room: 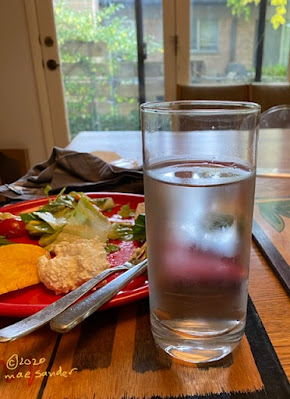 Kitchen reflections on the continuing crisis.

Almost all of the items in above list were purchased from amazon.com or from Whole Foods and ordered via amazon.com. They were delivered by trucks working for amazon.com. Amazon.com deserves credit for living up to my reliance on them with timely delivery, if not the lowest prices. However, there's a broader social and civic concern when one company is so powerful, and when there are questions about the welfare of workers who are employed there.

Only one purchase of mine was completely independent of amazon.com — the King Arthur order, which was delivered by FedEx. None of my purchases relied on the Post Office. However, in my kitchen today, I'm thinking of the current administration’s effort to destroy the effectiveness of the Post Office and undermine its 49 years of success in its current form; not to mention its original founding in 1775 led by Postmaster General Benjamin Franklin.
The current President hates amazon.com. He would like to destroy it without any effort to mitigate the damage it would do to vast numbers of people who have come to depend on its reliable supply of many types of goods, which are delivered by the Post Office for most customers. The President certainly has no regard for those who rely on employment there, no matter how precarious. 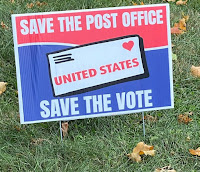 Determined to destroy this one company, the President and his corrupt Postmaster General have begun to destroy the timely and reliable services of the PO and thus destabilize our society. This is horrifying. In addition to undermining amazon.com, a major acknowledged motive of this sheer destruction of a valued institution is to undermine voting and illicitly re-elect the current disastrous administration. This is threatening not just to me (what do I matter) but to large numbers of citizens who rely much more than I do on goods shipped through the mail: food, tools, medications, and all the stuff of life. And ballots! My neighbors' signs show this sentiment.
While I remain among the lucky citizens who remain free of disease, who are able to sustain pre-shut-down prosperity, and who even have ways around the Post Office, I continue to think with great sympathy of those whose lives are catastrophically affected by the many disasters we are experiencing. Americans all share a vast number of challenges to ourselves and our democracy: being locked down to avoid disease (or suffering from Covid), suffering from fires and floods due to climate change, experiencing or sympathizing with increased poverty and hunger in our country; being threatened by civil unrest, racial strife, and widening of inequality; undermining of the election, disruption of education at all levels, and mourning the death of one of our great leaders and protectors, Ruth Bader Ginsberg. And she's being replaced with a lackey before she's even in her grave.
I'm sharing my kitchen thoughts and new items for this month with Sherry's blog event "In My Kitchen" -- as I do each month. I've also posted a separate set of images of foods we ate this month here:
https://maefood.blogspot.com/2020/09/what-weve-been-eating.html
Blog post and all photos © 2020 mae sander for mae food dot blog spot dot com.
Posted by Mae Travels at 7:21 AM 18 comments:

What We’ve Been Eating


Our recent meals have been highly enjoyable, mostly plant-based, and not very different from what we have eaten in the past. Examining my food photos, I realized that at breakfast time, I usually don’t feel like taking pictures. So I took this one of our morning coffee on the deck for maybe the last time this year:
Now for the lunches and dinners:

I've written several times about how we have stopped buying most meat, especially beef and pork. Our main reason for doing so is objection to the cruel working conditions in industrial slaughter houses and meat-processing plants. These have resulted in major coronavirus outbreaks -- current total: around 60,000 meat workers infected. Plant owners have consistently avoided taking effective measures to protect workers. We have reduced our consumption of chicken considerably as well, and we purchase fish compliant with environmental standards. Reducing meat consumption is also good for the health of the planet, and may result in healthier eating. I find it depressing that meat labels often state that the animals were humanely raised, but never mention humane treatment of meat-processing workers. 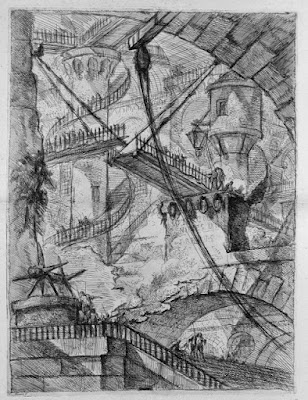 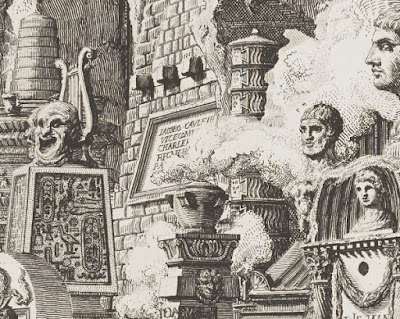 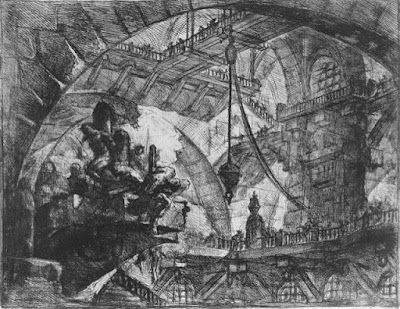 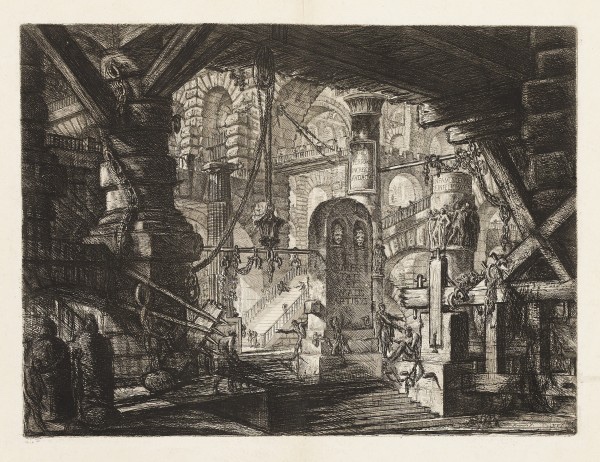 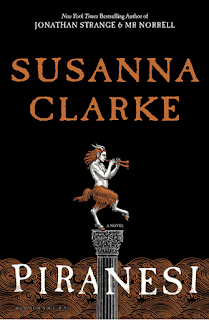 If you read Susanna Clarke's new book Piranesi, you will surely want to look at some etchings by the famous Italian artist Giovanni Battista Piranesi (1720-1778). I've always found his work very mysterious, especially the series called "Imaginary Prisons." (See this description with images: Imaginary Prisons.)
If you read Clarke's Piranesi don't overthink it! Like all books with an obviously unreliable narrator, it invites you to perform all sorts of mental dodges to try to explain to yourself what you are reading. I say this is not right: just take it as a narrative, try to be in-the-moment. Enjoy the fantastic setting, which is reminiscent of the labyrinthine architectural scenes you see in the paintings by Giovanni Piranesi.
The narrator's only name for most of the book is Piranesi. The other principal character for most of the book is a figure that he calls "the Other." Narrator Piranesi explains:

"I once asked the Other why he called me Piranesi.

"He laughed in a slightly embarrassed way. Oh, that (he said). Well, originally it was a sort of joke I suppose. I have to call you something. And it suits you. It’s a name associated with labyrinths." (Kindle Locations 2188-2192).

At first, Piranesi may seem to be just an invocation of a very strange other-worldly experience, the tale of a loner in an inexplicable and unending series of rooms and spaces. These rooms are filled with mysterious statues and other daunting objects, including skeletons of a number of humans to which the narrator gives identities. It's a world filled with water that rises and falls in strange tidal floods. The narrator has to find fresh water to drink, and eats broth that he makes from seaweed and mussels, but he also has vague memories of other food -- like packets of crisps. There are also birds: the narrator befriends a pair of albatross, and helps them make a nest from seaweed.

After a while, though, there's a plot, and quietly Clarke sneaks up on you: Piranesi is a story of a mind figuring out who it is and what its nearly-forgotten past was. Piranesi is an adventure, with risks and dangers and discoveries. The narrator goes from abstract atmospheric descriptions to a suspenseful series of events. Very enjoyable to read!

If you read Piranesi, I hope you like it as much as I did. In a lot of ways, the narrator's strange isolation in a distorted reality made me think of the current lockdown conditions in which large numbers of people suddenly found themselves this year. However, I'm sure the book was written before the world became almost as surreal as Clarke's remarkable vision.

The Japanese Way to Celebrate Tea 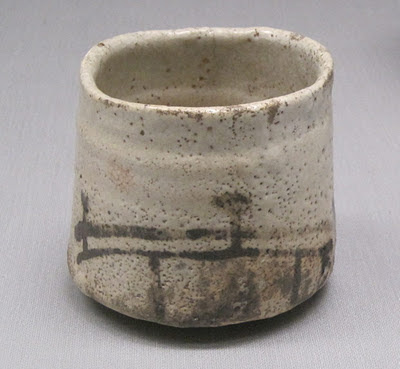 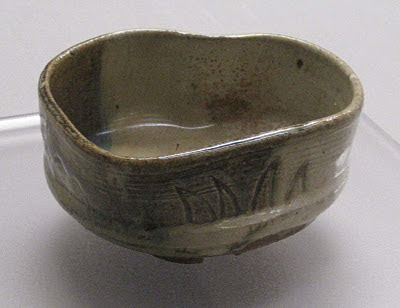 The Japanese tea ceremony is a highly formal procedure in which tea is prepared with specialized utensils and vessels in a very ritualized way.  Historic tea vessels and utensils belong to many museums and other collections of Asian art, including the above tea bowls, which appear in the Tokyo National Museum. I visited there in 2011, and took these photos. The first bowl above is so famous that it has a name: "Hashihime" -- it is Mino ware, and dates from the 16th or 17th century. The second tea bowl is Takatori ware from the 17th century.
The tea masters from the earliest days until the present studied for years to perfect their actions and to make tea in just the right way. The earliest record of a tea ceremony, presented to the Emperor of Japan, dates to the year 815. Zen monks in Kamakura, Japan, in the twelfth century further developed the tea ceremony. Later the tea ceremony became linked with other Japanese traditions and arts:

"Both noh [the dramatic art] and tea blossomed during the 15th and 16th centuries, an era of bitter warfare, when warlords rivaled each other in displays of power and wealth. Yet many knew their days of glory would be brief, and thus were drawn to the self-reliant philosophy of Zen. From there, it was possible for them to appreciate the Zen spirit within Zeami Motokiyo’s noh plays, and Sen no Rikyu’s wabi, or modest, Way of Tea." --  Linda Inoki, Art and Life in a Bowl, The Japan Times.

The tea ceremony is still a popular practice. While many present-day tea masters celebrate the ceremony in their houses, the most formal tea ceremonies are presented in special-purpose "tea huts" that are built in a traditional way in carefully designed gardens. A guest can walk through the garden while approaching the tea hut, and achieve the contemplative mood that is appropriate for participating in the tea ceremony. We visited one such tea hut in Japan in 1994, at the Katsura Detached Palace near Kyoto, called the Shokin-tei, dating from the seventeenth century.

The Japanese tea ceremony is extremely well known, and there are many books, articles, and museum exhibits dedicated to its various aspects. I've mentioned only a few of the many features of this fascinating ritual. I'm dedicating this to the weekly blog event, where each blogger features a drink, sponsored by Elizabeth at Altered Book Lover.
Blog post © 2020 mae sander. Photos are as attributed.
Posted by Mae Travels at 6:30 AM 20 comments: 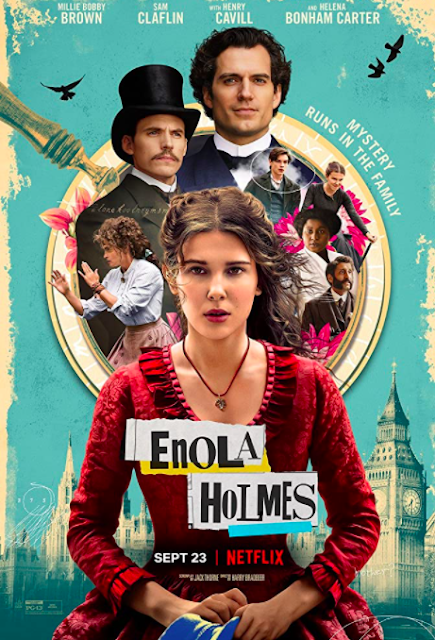 Very new on Netflix: "Enola Holmes." We enjoyed it.
Not the usual Sherlock Holmes send up.
Very good actors! 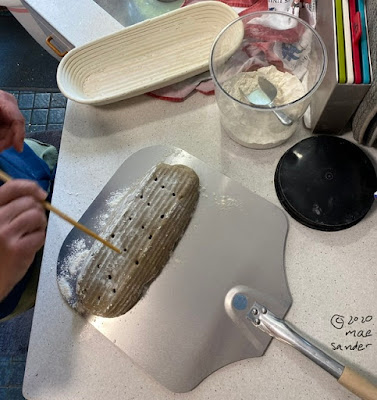 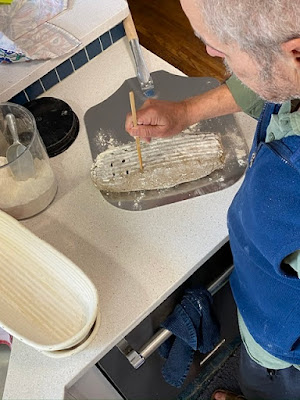 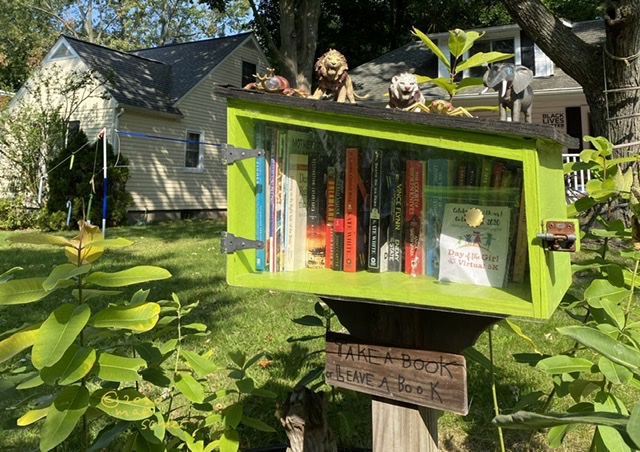 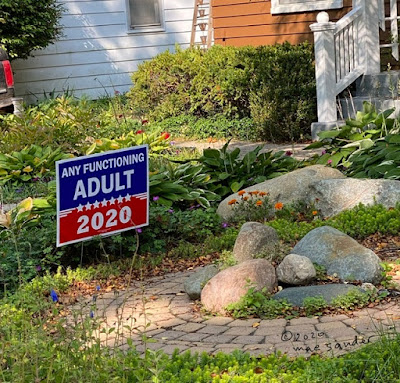 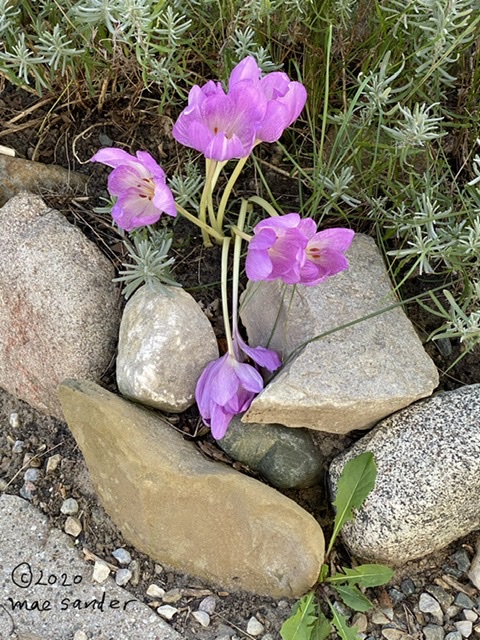 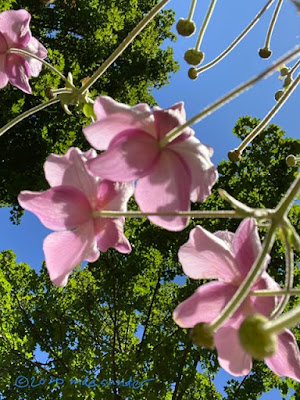 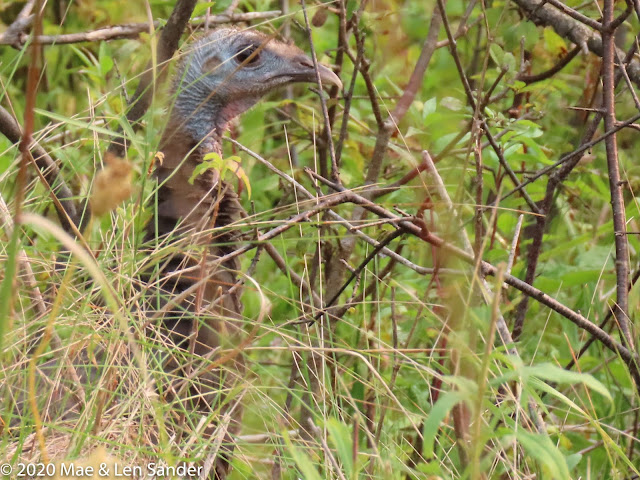 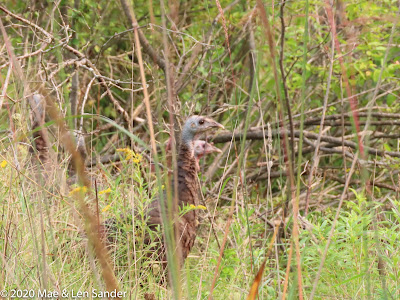 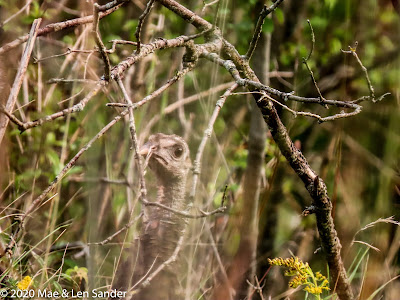 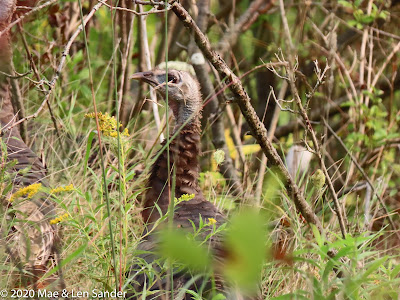