Dinner at the Abstract Dinner Table

The views of the critics seemed to be a primary driver of the choice and organization of materials on display. I picked out this quote from Harry Truman. I'm very amused that he chose this food metaphor to characterize the abstractions of his time.

Truman's quote was included among an excellent collection of popular articles in magazines such as Life and Vogue, as well as art magazines. The artworks in the show were wonderful, including a couple of Pollock's Drip paintings, and many works by later artists such as Frankenthaler, Jasper Johns, and many others. 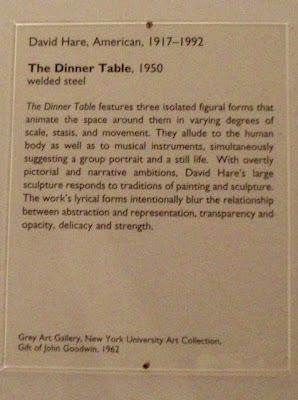 Since this is a food blog, I selected a work titled "The Dinner Table," to illustrate this post. I also liked a painting called "The Ice Box," which was said to be a comment on consumerism. 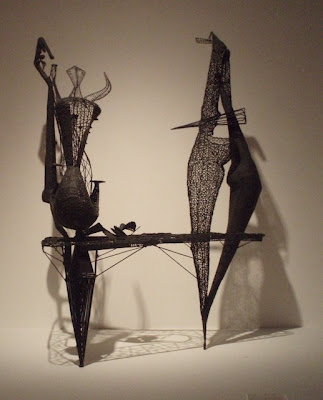 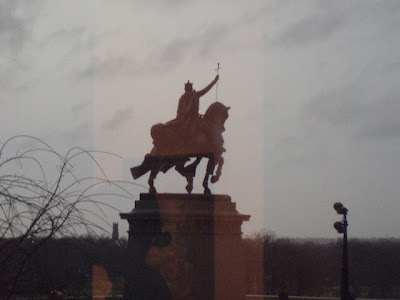 Finally, I'm including a picture of Saint Louis of France, the iconic statue that dominates Art Hill -- but this view is from inside, as the day was terribly rainy, and we didn't go out in front. So you can see the reflections in the museum window overlaid on the statue.
Posted by Mae Travels at 5:58 PM