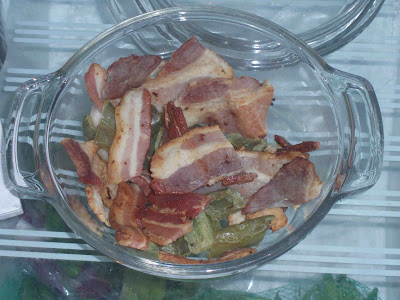 Here's an illustration from inside my own refrigerator.

And for an update on the bacon fad, see this --

HIDING THE EVIDENCE OF A BACON ADDICTION