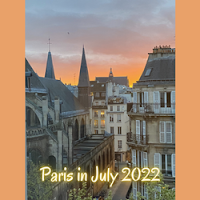 My overall project for the current "Paris in July" blog event is writers who wrote in French about Paris. In contrast, as we are celebrating the founding of the US tomorrow, July 4, it's also interesting to think about American expats who lived in Paris, and what they mean to American history. I started this post with a mural about Benjamin Franklin, who went to France to represent the American Colonies at the start of the Revolution, so he can be considered the first ex-pat. Franklin is a man of so many accomplishments that it's hard to represent him with just one image!

Just for fun, here's my list of Americans who lived for at least a while in Paris. Some wrote about Paris, some didn't.  Fans of these short-term or life-long Paris residents often like to visit the streets where they lived, the cafes where they hung out, or even their graves, if they are buried in a Paris cemetery. I have included a brief word on what they did, and the approximate dates of their stay.
Benjamin Franklin, Diplomat & Writer: 1776-1785

Jim Morrison, Singer-Songwriter: 1971. His grave in Pére Lachaise Cemetery is much more famous than his brief Paris stay at the end of his life.

Paris Homes of the American Ex-Patriates

If you walk around in Paris, you will see many information placards on the walls of buildings, frequently naming a famous person who lived in that house or an event that occurred nearby. Many of the people on the list above are commemorated this way at the Paris locations where they lived. However, not all of those on the list are so remembered. For example, James Baldwin when in Paris lived in cheap hotels. Or Henry Miller who lived in a variety of places. Here are a few images of such placards: 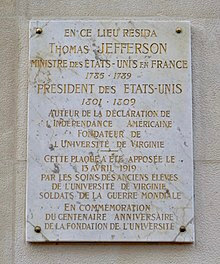 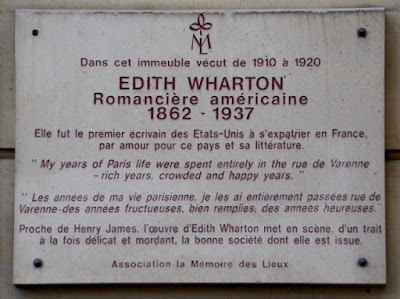 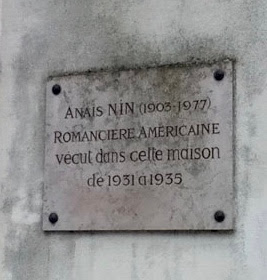 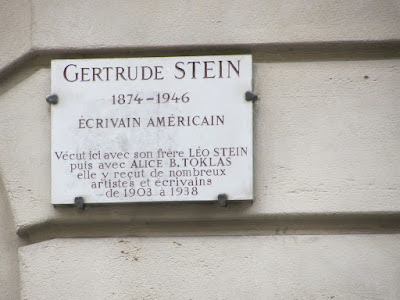 Blog post © 2022 mae sander, photos Wikipedia or as credited.
Shared with Sami's mural project and with Paris in July.
Posted by Mae Travels at 10:16 AM

I'd love to live in another country for a while. And Paris! I understand why people choose it.

I was aware of so many of these names, but the name that surprised me most was that Julia Child wasn't well known in Paris. I thought for sure she was. Lovely photos and interesting information. Nice mural, too.

Hello,
It is interesting to learn about the famous Americans that lived in Paris.
I have never been to Paris. My only time in France was when hubby and I drove to see Mt Blanc while staying in Switzerland. Take care, have a happy new week!

Here s a great video on Josephine Baker in France, and her chateau in Dordogne, with the children she adopted: https://youtu.be/PjiG8pTKGn4
On the topic of Americans in Paris , I highly recommend The Greater Journey: Americans in Paris (1830-1900), by David McCULLOUGH.
I talked a bit about it here:
https://wordsandpeace.com/2011/06/13/my-review-45-the-greater-journey/

@Emma -- I have read David McCullough's book, reviewed it here:

Wow - who knew all those people ( and MANY more I'm sure) spent time in Paris. I wouldn't mind spending a year or two there myself! Thanks for another informative post! And thanks for the visit!
Terrie@ Bookshelf Journeys

I love the placards throughout the cities of the world where famous people have lived. I have photos of several and will look to see which Americans in Paris I've taken.

I find it strange that of all the names on your list I do NOT know the journalists. Flanner, Buchwald etc. I love the paintings especially Nina Simone

I had no idea so many famous Americans had lived in Paris or that their names were honoured with streets named after them.
Thanks for participating in Monday Murals Mae and Happy 4th of July!

What a terrific post! I loved learning the names (some new to me) and especially those interesting and very diverse plaques. Very cool about naming the streets.

It would be lovely to be able to live in Paris for a while! A girl can dream right. Although it is fair to say I am not famous, and never will be!

France seems to offer a kind of freedom for many Americans they could not find at home.

Great list and post. I'm not sure I realized that Edith Wharton spent so many years in Paris. I knew Baldwin was there -- but that's more years than I expected. We went to the Dordogne once and loved it. But I don't recall seeing that chateau!