The Dinosaur Quarry at Dinosaur National Monument was the first place we stopped today! A large hillside with many half-buried dinosaur fossils is preserved in a large building. It was once part of a gigantic dig that started around 100 years ago. I've wanted to visit here for ages.

Many dinosaurs in museums today, including the familiar one in the Michigan Natural History Museum in Ann Arbor, came from this dig. Eventually the park management determined that a major area should be preserved to show visitors how the bones look before the dinosaur skeletons are restored. 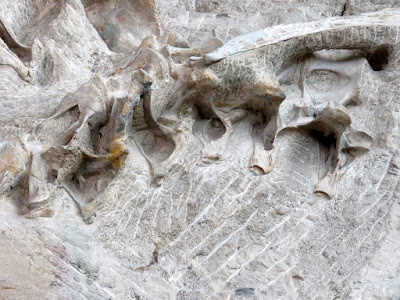 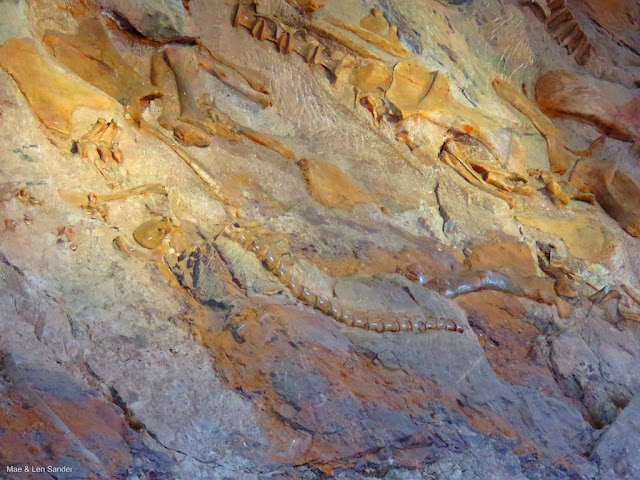 Around 149 million years ago, the area was a tropical forest with dinosaurs of all sizes. During a period with many floods, the bones of the largest dinosaurs were swept into the riverbed, preserved in mud, and fossilized in a large bone pile-up.

The park also contains many appealing landscapes, including the wide rushing Green River, the interesting Split Mountain, and both smooth dome-like hills and jagged or craggy peaks. We followed an itinerary that took us to a number of such sites. I was particularly interested in the boulders on which Native Americans carved petroglyphs or drew pictographs on the rocks. 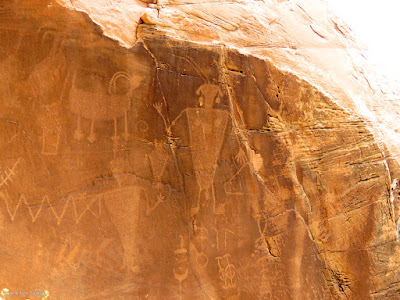 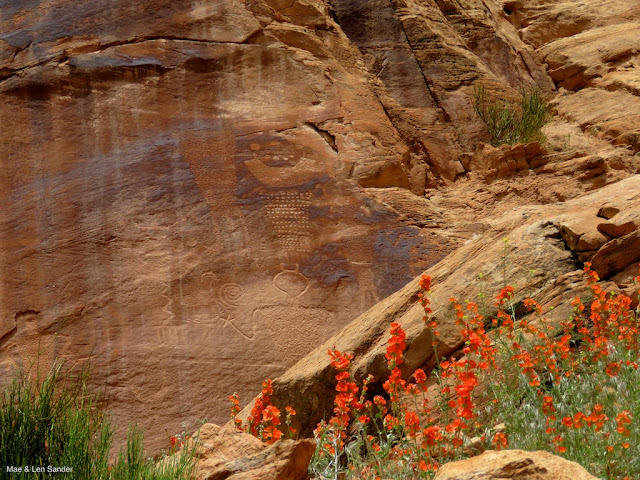 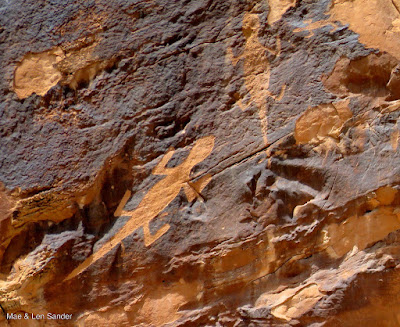 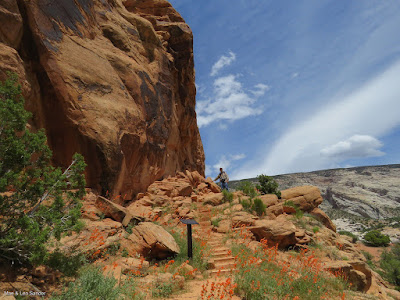 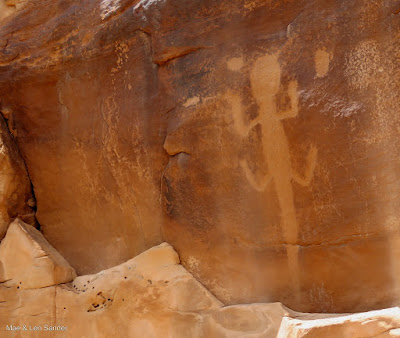 As we walked in various areas of the Monument to see birds, rocks, petroglyphs, historical homesteads, geological formations, and other features of the varied landscape, we also saw a number of varieties of wildflowers blooming -- even a prickly pear cactus with deep red blossoms. 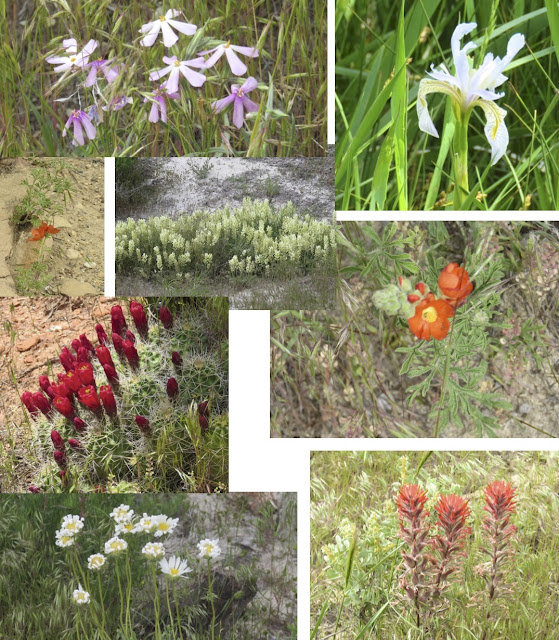 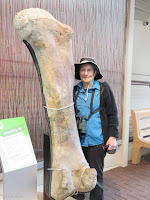 Utah is full of remarkable natural wonders, and I've previously visited quite a few of the National Parks and other parks here such as Arches, Bryce Canyon, Zion, Capitol Reefs, and more. Though the landscape in this part of the state isn't as outlandish as the Hoodoos at Bryce or as impressive as the arches at Arches, and though the Green River valley isn't as remarkable as the canyon that goes through Zion, the landscape here is very appealing. I'm thrilled that I finally have seen the dinosaurs!
Posted by Mae Travels at 10:25 PM

Seems impressive to me! Equally impressive -- you are on the road all the time! You're either exhausted, intrepid or both!