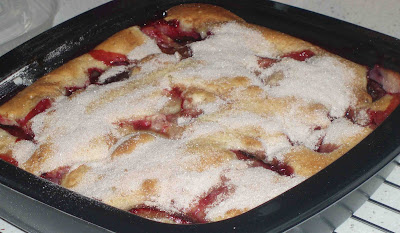 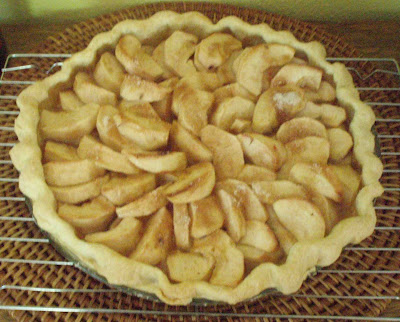 Sunday I baked a plum cake (same recipe as my earlier peach cake). While the cake was baking, the plums were sinking under the batter, which was not as beautiful as the result of my sister's recipe. I think her batter is firmer. I brought the cake to dinner at the home of the friends who gave me the Polish cookbook: they said it indeed tasted like a Polish cake.

Monday, I baked an apple pie. I should have made the slices thinner. I flavored it very very faintly with lavender, as well as cinnamon. I served it as dessert after a Labor Day picnic -- chips, hamburgers, hot dogs...
Posted by Mae Travels at 7:50 AM