A work of art becomes truly valid when its imagery is so well known that people start to make parodies or use it decoratively (at least that's my view). By this measure, my favorite parody subject, the Mona Lisa, is the most validated work of art ever made. Runners up include "American Gothic," "Whistler's Mother," "The Birth of Venus," and "The Scream." You can probably add a few more.

From classical Dutch painting, the most validated work would be "The Arnolfini Marriage" by Jan Van Eyck -- irrelevant to my focus on food, and also a couple of centuries too early. However, I now present a final word on the amazing Dutch 17th century theme of food and kitchens: 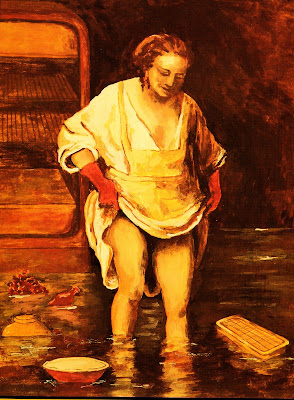 Mrs. Rembrandt defrosts her refrigerator, from Great Housewives of Art. 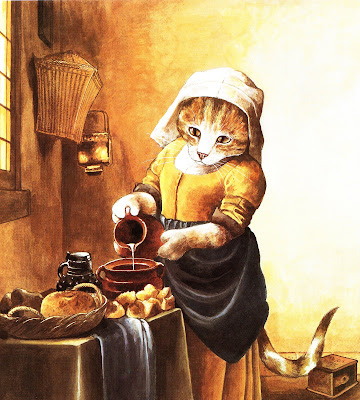 Vermeer's Milk Maid from the Cat's Gallery of Art. 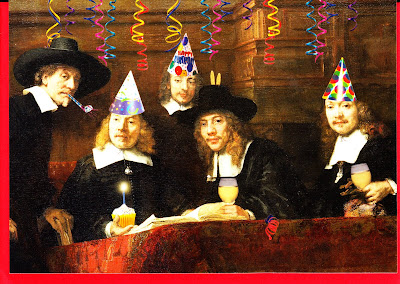 And some random Dutch elders, eating a cupcake with their beer.
Posted by Mae Travels at 10:12 AM

Those are great images. My checks have The Cry (The Scream) as the background. I've gotten a lot of compliments on them over the years.