December in the Kitchen

In my December kitchen I'm resuming my cooking adventures and day-to-day prep. Yesterday I returned from another trip that included food prep and cooking in other people's kitchens. I think I've done this for the last 4 months -- or is it the last 6 months? I love to travel! 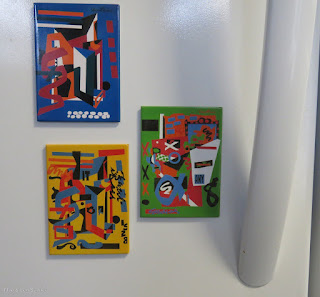 As always, I brought back some magnets from my trip, which started with Thanksgiving in Pittsburgh and continued with 10 days in Virginia with side trips to Washington, D.C. The three new magnets in the photo are from the exhibit "Stuart Davis: In Full Swing" at the National Gallery of Art. Davis's works really appeal to me, and I was fascinated to learn many new things about his life and how he created art.

But back to my kitchen: I have a new water-boiling pot, replacing the one that was getting cranky and that had a broken water filter in the spout.

In December I'm committed to a few cooking adventures as well as efforts to have good and healthy daily meals. For one, I hope to make a recipe that I read in the New York Times cooking section: Poulet à la Normande. We also have some plans for Christmas and Chanukah cooking.

A Magnificent Kitchen in Pittsburgh

As I mentioned, we began our trip on Thanksgiving, where we arrived at Aparna and Joel's house just as they were beginning to cook the turkey. Their kitchen is entirely new: Aparna designed the remodel, including considerable rearrangement of the floor plan, with incredible creativity. Here are a series of photos showing how many people can be cooking at the many new workspaces and enjoying the new picture window with a large dining table. 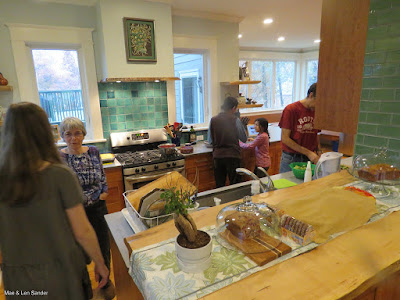 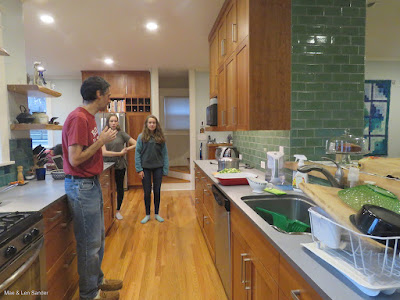 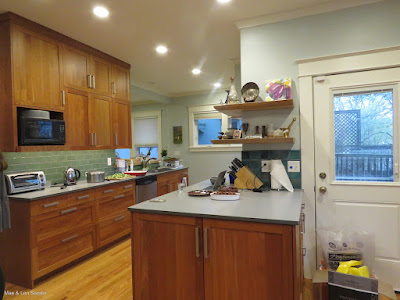 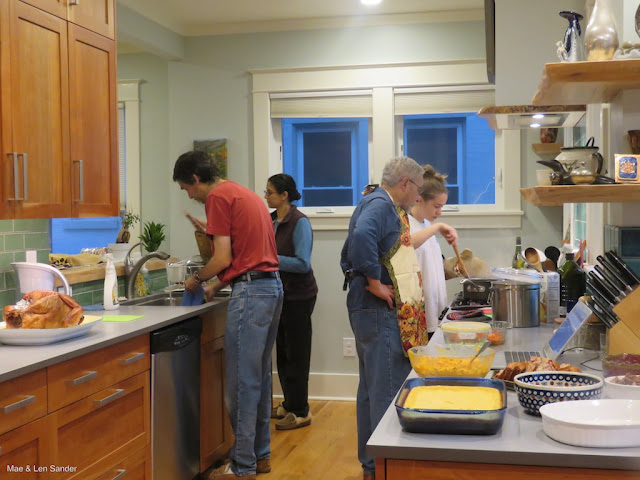 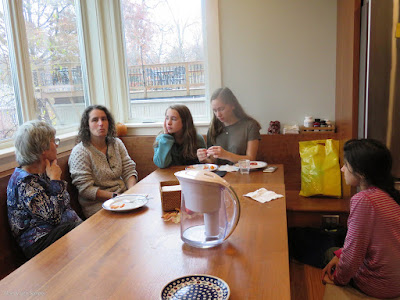 Check out lots of links to blogger kitchens at Bizzy Lizzy's Blog HERE.

Thank you for stopping by my place, and for the peek into your December kitchen, Mae.

I love the classic French chicken dishes. Always loved the ones in Julia Child's first volume of Mastering. Been thinking of going back and making my favorites again. Anyway, fun read -- thanks.

i love your shiny new kettle Mae. and that new kitchen is lovely. I love visiting art galleries; such a fun thing to do. have a great xmas.

I always bring home fridge magnets from my travels too, but am running out of room on the fridge! Love the glimpse into your kitchen, thanks Mae.

Cooking in other people's kitchens is almost as much fun as cooking with friends in my own kitchen. Kitchens (and galleys) encourage a special sort of connection.

Love your new kettle Mae. I love fridge magnets from my travels too:)