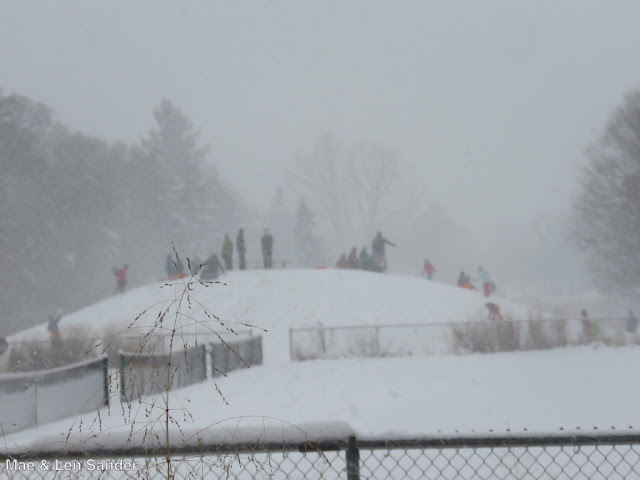 Snowing all day, snowing all day. In the park near us, the sledders and even one skier were whooshing down the pile of earth that we call Magic Mountain. You can see in the photo that Magic Mountain is much smaller than the trees around it: it's about 4 times the height of the fence for the tennis courts. But as you know if you live around here, our Magic Mountain is truly magic for the kids who go to Burns Park Elementary School next to the park, and nobody tells them what a real mountain looks like. Michigan is a very flat state! 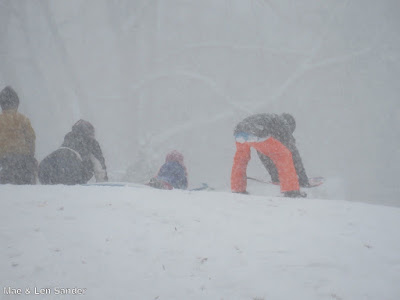 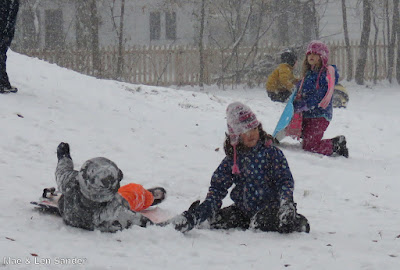 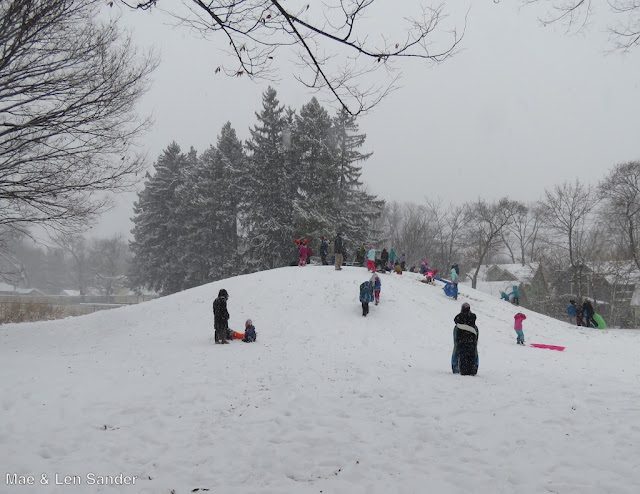 According to local legend, Magic Mountain is made from the heaped-up dirt that once was the center of a race track. It's true that a race track occupied the site of the park until around 1921 -- I once looked it up in the newspaper archives. The reconstruction of the race track into a park was completed around 90 years ago, except that (as the legend goes) the workers promised to come back for the dirt pile and never did so. There's definitely still a circle of trees around a big, flat open space in the park, preserving the shape of that long-ago track, and at least one of the buildings in the park served some function in that era. But it's all forgotten now. 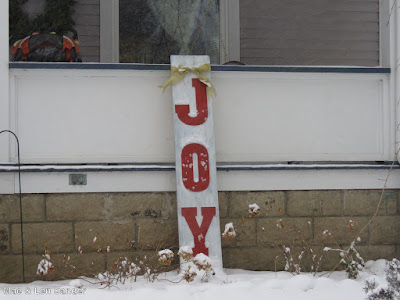 Not the same season, but a drone's aerial video of the park in the summer gives a complementary view to your post of the winter: Burns Park https://vimeo.com/157032733 by Steve Winchester.

I remember a spot like that when I was growing up. Looks like everyone is having loads of fun!