Murals in the News 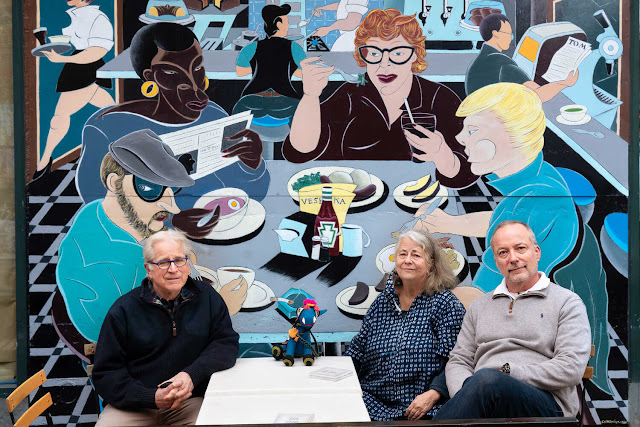 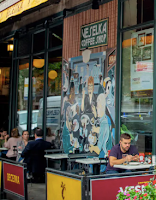 New York City: dining at Veselka, a Ukrainian restaurant, which seems to be surviving the pandemic closures. In business for decades, Veselka has been a celebrity favorite: "If it weren’t so popular, Veselka (Ukrainian for rainbow) would be a cult hangout." Source: "The Bittersweet Tale of a Diner, a Toy Shop and a Changing New York," New York Times.

At left is another view of the Veselka mural on their patio. Their menu sounds fantastic! I wish I could eat there. (Image from Veselka website here.) 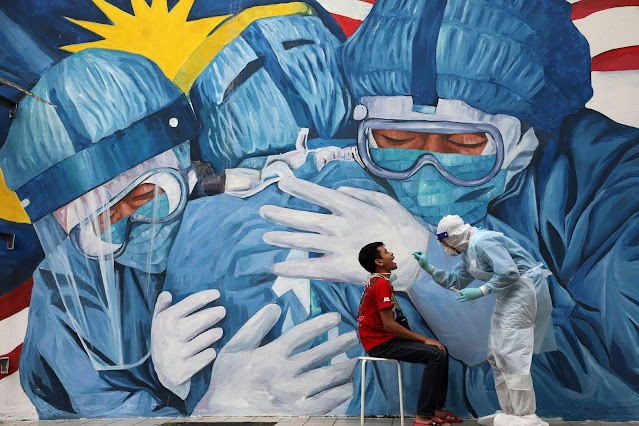 Shah Alam, Malaysia. "A doctor collects a swab sample outside a clinic." Photograph: Lim Huey. Source: "The Nutcracker and a canine mascot: Thursday's best photos" in the Guardian. Reading articles in other news sources, I've seen several other photos of this clinic mural with different people in front of it. 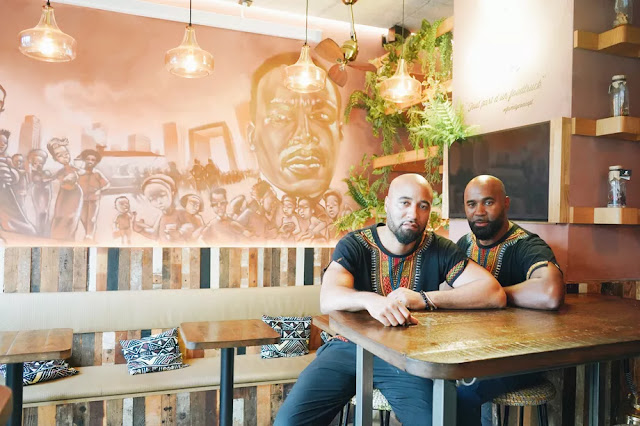 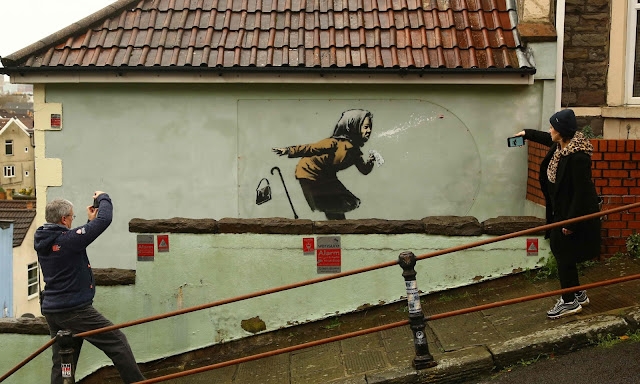 Bristol, England: "People photograph a mural by the British artist Banksy titled Aachoo!!" Photograph: Geoff. Source: "Rescued puppies and a sneezing Banksy: Friday's best photos" in the Guardian. Bansky, the mysterious artist whose works seem to appear out of nowhere, and whose identity is a secret, acknowledged responsibility for this work in an Instagram post. The value of the house is supposed to have skyrocketed, as a Bansky mural is worth something like millions of dollars. 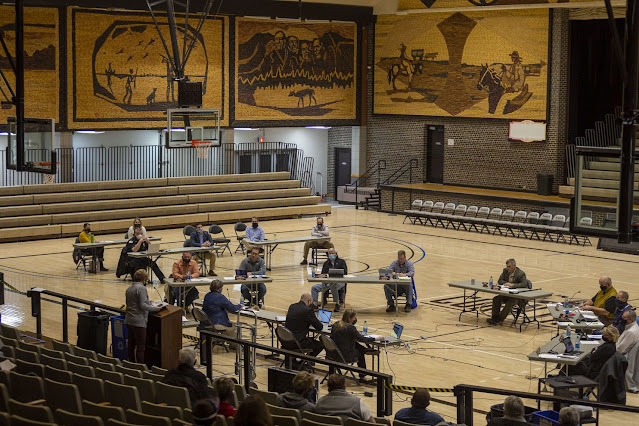 Mitchell, South Dakota. Annie Gowen in the Washington Post reports that people there ignored the coronavirus for months and went about their lives normally, unmasked and undistanced. Recently, however, the infection rate and the death rate became very high, and the city council considered a mask mandate. The meeting took place at the 19th century Corn Palace, the landmark of the town. I was very interested in the article and also in the historic murals in the photo. The caption: "Residents — some in masks, some not — speak during the city council meeting at the Mitchell Corn Palace on Nov. 23." (KC McGinnis for The Washington Post)
I'm a big fan of public art, and I'm lucky to live in a town where murals are valued and artists supported. I also keep my eyes open for murals in news photos from distant places. Sometimes the murals are a backdrop for scenes of daily life, but often, they have a meaning for the news that's happening in the photos where they appear.
Posted by Mae Travels at 6:30 AM

thank you for all these murals across the world. I never went to "le maquis", but i remember veselka in NYC. I even published a post with a mural concerning veselka (2019 february 3rd). I like the second picture too. Have a nice week...

Those are some cool murals. I have been to the Corn palace in Mitchell, SD, several summers ago. It is historic. It seems from what I've read that South Dakota as a state seemed to ignore the virus with some high case level.

Hopefully no one destroys that house to get to the Banksy!

I really enjoyed these. I loved the Banksy. Like Erika, I've been to the Corn Palace in Mitchell, SD. It was good to see the interior this year because it changes annually.

Cool and ooooh that Banksy-story

Wow.
We hopefully will look at this back soon and say... it was weird, a warning, maybe. But we managed after all.

The artists maybe are more powerful than our politicians and some co-people who refuse to listen to science...

Great murals Mae, specially love the Malaysian mural with the health workers. I had no idea Banksys murals were that valuable. Thanks for contributing to Monday Murals.

LOVE LOVE LOVE Banksy. John had just told me about this mural yesterday but I hadn't seen it.


I want to go visit all these murals.

Wow, these are really impressive. What a great selection of murals -- and all so very well done.

Very topical murals. On a lighter note, there's some great Leon Russell-themed murals being painted in Tulsa. We drove by a couple of weeks ago to see their progress. Spectacular. (Got to love Banksy! :) )

It's nice to live in a place where public art is an actual thing, planned and cared about. I love these murals!