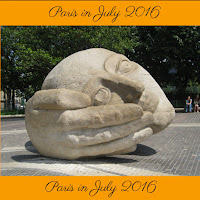 Why, you might wonder, would I post photos now from an album of a visit to Paris in 1991? Well, it's time for an annual blogging event titled "Paris in July." The logo for this event includes the sculpture in the photo, which I saw again when I was walking around in Paris in May. I think everyone really loves this sculpture. Except in the logo's photo, I've never seen it without at least a couple of kids or even adults climbing on it -- like the unknown man in my photo. Anyway,  seeing it drew me to the photo album from that trip, and I decided that it's time to scan some of them.

The other outdoor sculpture that gets tons of coverage from tourists is the fountain near the Modern Art Museum at Place Beaubourg. 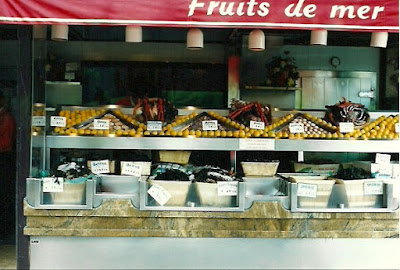 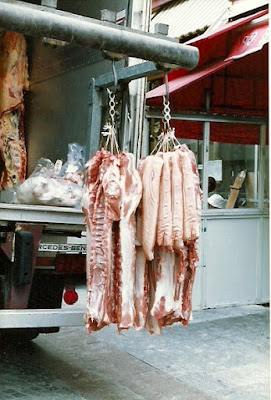 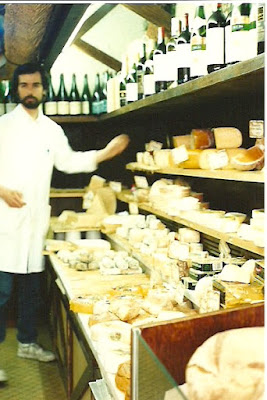 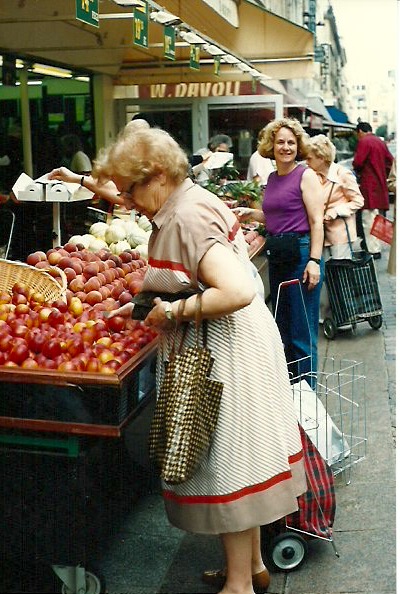 Our friends Chris and Liz (who died suddenly in 1990) and their kids lived on Rue Cler above a butcher shop: we met them on a long visit some years earlier. Rue Cler is well known as a shopping street, with cheese shops, bakeries, charcutries, patisseries, candy stores, traiteurs, and other wonderful treats. We always visited them and shopped with them when we were in Paris. Chris moved to the south of France some years ago, so we haven't seen him in a long time. 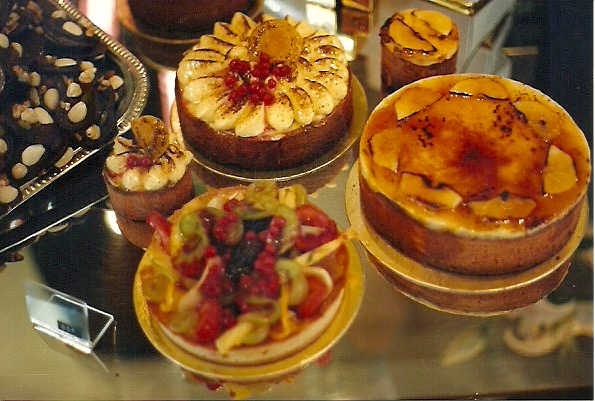 A Bookish Way of Life said...

Love your photos! How fun to remember a trip from your past.

Thanks for sharing your experience of Paris. I particularly like the Stravinsky fountain. Have to look for it next time I visit Paris.

I'll be doing the same, Mae! I'm loving yours. Looking forward to a trip down memory lane!

How lovely to go back after so many years and great to see the old pics as well as new ones. #JulyInParis

This is fantastic. I am glad to see that floral pants were in. I should post my photos. When I was in my 20's I went to Paris twice 1986 and 90 or 91. Both times I was so floral out-with the fanny pack of course. Rue Cler has changed so much. I was a little disappointed the last time I was there. A lot of the older shops are disappearing.

What wonderful memories. I love how the clothes and people have dated whereas those cakes and cheeses could be on sale today.

What a wonderful collection of beautiful pictures! You make me long for Paris, which I haven't visited since 2001 when I bought my wedding dress there. (The dollar was much stronger then, and Galleries Lafyette more affordable.) Thanks for the vicarious return to such a lovely city.