The World of Peppers 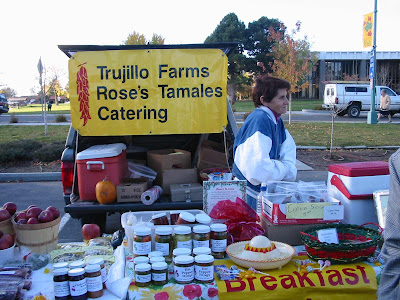 Peppers come in two vastly different varieties: old-world peppercorns from a tree, and capsaicin peppers from a new-world vine. As anyone knows, the principal effect of adding pepper to food is to create heat, but beyond that, peppers come in many flavors. Old-world peppercorns (or berries) are mainly classified by color, which determines their flavor. New-world pepper pods come in a huge variety of shapes, colors, sizes, and heat. The Scoville scale rates them numerically for degree of heat, from zero for bell peppers, 100 for pimentos, up to habaneros – as much as 350,000.

Out of curiosity, I started mentally listing the various types and flavors of peppers and pepper blends I have either eaten or only heard about. In my experience cooking and eating, I’ve definitely grasped how much difference it makes to use the right pepper as an ingredient, and I’m very curious to try more varieties – though personally, I’m no longer fond of the very hottest varieties. I decided to make a list with some links to wider sources of information.

Lydia at The Perfect Pantry got me started on this, so I have referenced a number of her posts about specific types of peppers. She provides many recipes, in case you need more inspiration. 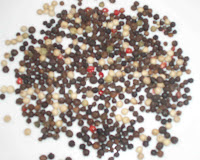 Peppercorns were the most important item in the spice trade from the far East, beginning in Antiquity. At times peppercorns were worth more than gold. Today says Lydia: “India and Malaysia produce the best black pepper varieties: Malabar, Tellicherry, and Sarawak. From Indonesia we get Muntok, considered the highest-grade white pepper. Brazil and Vietnam also contribute to the world supply.”

Black Pepper: this is the generic pepper you find in a shaker on a restaurant table or would have had in the 1950s before we got so picky. Now it may be labeled with a country of origin or other special designation. Szechuan peppercorns are recommended for Chinese food (I haven’t tried them). Tellicherry black peppercorns have a single origin. When I can find Tellicherry pepper, I use it as it is definitely a more complex flavor. However I don’t think there are specialized recipes for its use.

Green Peppercorns are unripe pepper berries from the tree. They were one of the first specialty peppers; they were a fad in the early 1970s, when they were packed in cans, still soft, not dried. I remember the first time I tasted them, at the home of my friend Michelle in Paris. In this form, they are [still] delicious in fish or veal recipes. You can now also buy them dried.

Pink Peppercorns are a bit milder than black. I’ve mainly seen them in mixtures, so I can’t say much about their specific taste.

White Peppercorns -- actually kind of gray in color -- used to be the choice of ground pepper for flavoring white sauces or light-colored food, in order to avoid black specks. It was recently the subject of an entire column in the New York Times by Harold McGee. In his blog, McGee writes: “Fresh peppercorns are small fruits. They consist of a large, light-colored seed surrounded by a thin fleshy layer, which turns from green to red as the peppercorn ripens. When the still-green peppercorn is harvested and dried, the outer layer turns black: hence black pepper. To make white pepper, the producers pick the peppercorns when they're ripe and the outer layer soft, put them into bags or barrels, and submerge them in water to ferment for as much as two weeks. The outer fleshy layer rots away, and the light seeds are then dried.” He explains how the process sometimes results in off-flavors, which may be a problem if one uses too much white pepper.

New-World Pepper Types
Columbus discovered America because he was looking for pepper and gold; he definitely struck pepper! Very quickly after he brought them back to Spain, new-world peppers were quickly tried, loved, adopted, and integrated into almost every cuisine on earth. New varieties were developed and cultivated in specific places (and continue to be developed), and as a result, many of the types of peppers are now native to Europe, the Middle East, and Asia. As for the world's hottest peppers, they seem to be varieties from India; I haven't listed them because I don't really know anything about them.

Here are some pepper types including a few blends and sauces:

Aleppo pepper. From Lydia: “Native to Northern Syria and Turkey, Aleppo (also known as halaby) peppers are sun-dried, seeded and crushed into small flakes. The pepper is a deep red, almost eggplant, color with a high oil content; the flavor is mildly spicy and fruity, with a hint of smokiness.”

Cayenne pepper is a very hot variety of ground pepper. It used to be the main ingredient whenever you wanted to crank up the heat of a dish; I rarely use it any more because there are so many more complex and delicious possibilities.

Chile powder is anyone’s blend of ground chilies and other spices. I bought some at a farmers’ market in New Mexico once that was fabulous (see photo at top of page). I usually use Ellen’s recipe for Texas-style chile powder if I blend my own. It’s a basic ingredient in basic Mexican, Tex-Mex and similar dishes. You know this! 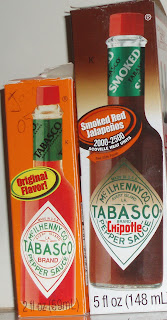 Chipotle peppers are one of the less-hot Mexican and US Southwestern varieties, not too hot but with a kind of smoky taste. I’ve recently been very fond of Tabasco brand Chipotle pepper sauce. Also see Adobo Sauce above.

Habanero or Scotch Bonnet peppers are the hottest peppers I know from my own experience. I have promised never to put them in Lenny’s food again. In fact, I have lost my ability to eat them much. Modern-day Mayans (in the Yucatan) love them: there are stories about Mayans who do not feel that a meal is complete – even breakfast – without them.

Jalapeno peppers are the most common variety of Mexican peppers: small, dark green, very shiny (or canned). They are the standard for salsa and garnishes in Mexican restaurants. They definitely appear on mass-produced Mexican food such as nachos.

Paprika is made from certain varieties of dried peppers, and may be smoked or aged.

Hungarian paprika or Szeged paprika can be mild or hot, and has a very nice. distinctive flavor. My Hungarian cookbooks definitely call for it in many recipes.

Spanish paprika, or pimenton, has received a lot of attention recently. I tried the mild kind, which in fact is a pretty strong flavor, though not that hot. Lydia says: “Like cumin but a bit sweeter, pimentón imparts a slightly smoky flavor to any dish.”

Poblano peppers – another Mexican variety that’s mild enough for northern tastes. It’s small and I’ve seen it both green and fresh, and red, wrinkled and dried.

Tabasco sauce is a proprietary brand of Louisiana hot sauce made from a proprietary variety of peppers. In the book Peppers: A Story of Hot Pursuits, there’s a detailed history of this brand, the family that manufactures it, and their long struggle to protect their trademarks. The sauce is so well-known that I don’t have to say any more.

Urfa peppers – a post from Lydia at The Perfect Pantry today introduced me to this type of Turkish dried pepper, which I haven’t tried. However, this inspired me to try to explore the world of peppers here!
Posted by Mae Travels at 11:56 AM

Thanks for the list of chile peppers, I am anxious to try a few of the varieties. Also, you may think about trying dried morita peppers, which are also dried jalapeno, but they are smoked for less time than the chipotle, which gives them a milder, slightly sweet and complex flavor.

This is a great summation of the peppers, Mae. I've used most in the second category in terms of the New World peppers - I haven't used many of the other peppers - just black, pink, green and tellicherry.