Songs of Food and Drink

Miriam recently created a playlist of songs that mention food. She played them on a radio show at the University of Virginia station, where she sometimes substitutes for the usual host. She started with some that mentioned fruits (though they were not really about eating). I'm not familiar with these songs except of course the first -- I am a big fan of the Beatles! 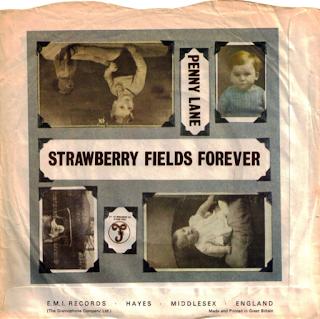 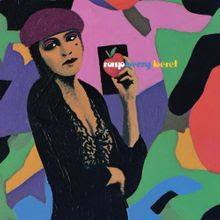 Plus Cherry, Kiwi, and Fruit Salad...

Plus quite a few more: 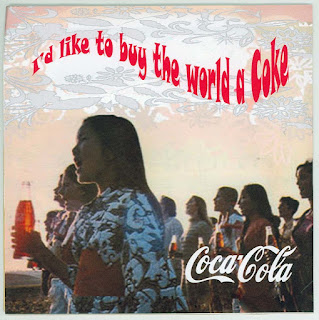 "I'd like to buy the world a Coke." Not on Miriam's playlist, this song was originally a commercial about the world's most famous soft drink. The history of this song and its author was written up in the Washington Post in 2016:

"In the commercial, a camera pans across faces of all shapes, colors and ethnicities, as they sing from a hilltop in Manziana, Italy, 'I’d like to buy the world a Coke.' ... The song hit radio stations on Feb. 12, 1971, and it gained immediate popularity. DJs immediately began receiving calls asking them to play the jingle, as if it were a song by The Doors or the Jackson 5. It was so popular, it began to affect the pop charts. The Hillside Singers had recorded the original vocals, and that version peaked at number 13. Backer had the New Seekers record a slightly different version of the song, titled “I’d Like to Teach the World to Sing (In Perfect Harmony),” which peaked at number 7 on the Billboard Hot 100."

I enjoyed hearing Miriam's playlist of music that was new to me, as I love to connect to the use of food in many contexts. I added the Coke song because I like to share a beverage reference with Elizabeth and other bloggers at her weekly drink event at the blog Altered Book Lover.

Don't know any of them except the first one from the Beatles.

Know of just about all of them. And then there's Blueberry Hilly - Fats Domino.

In response to Pam's Blueberry Hill...reminds me of Happy Days....Richie used to always sing that when he got a kiss from his sweetie! :) ♥♥♥

Oh, I love this post, Mae. What a treat. Of course, I also remember the Coke song because they play it every few years at Christmastime. I've heard of several of these songs, but Prince's and The Beatles' song are the ones of which I'm most familiar. Thanks for this incredibly unique look at T this Tuesday. I always love your out-of-the-box thinking when it comes to T Tuesday.

I don't think I have heard any of these except for perhaps the Coke song. I may have to go have a listen.
Happy Tea Day,
Kate

This a clever T day post Mae. I never thought of picking out songs with food. And now that Coke song is in my head. That was a classic ad. It was also how the show Mad Men ended. Did you ever watch it? Have a wonderful T day. Hugs-Erika

such a fun post- and I am familiar with most of the songs. How I remember that Coke commercial song:) Happy T day!

I don't recognise many of the songs.

Interesting, yummy concept! Don´t know them but will keep my ears open!

Hi Mae, well I know all the words to the Beatles song as that was my era and Candy by Robbie but not the rest apart from the Coke song, I really like that one, now I won't be able to get it out of my head!!
Happy T Day
Jan S

Such a fun post with all the songs related to foods and drink! I love the Beatles too, we don't live that far from Liverpool and have visited many times 😀. Have a wonderful week and sending you Happy T Day wishes! Hugs, Jo x

Oh sweet memories! The year that Strawberry Fields Forever was a hit, my parents took us on holiday to a camp site in Tiptree, England, where there was no camp fee but we had to pick strawberries in the morning (one basket each) in lew of a fee. To pick the strawberries, we sat on the straw in between the rows and picked, then shuffling our bums further down the row as we went along. My sister and I took our little transistor radios with us, and we had that between our legs next to the basket and we would sing along to the pop songs of the day, especially Strawberry Fields Forever.
I also remember the Cola song as well as the New Seekers version.
I didn't know any of the other ones I'm afraid.
Happy T-Day,
Stay healthy,
Hugs,
Lisca

Loving these :) And Prince has been in the news I've been seeing lately. Happy T Tuesday!

I do know that and Raspberry Beret (and the Coke song) but the rest are new to me! What a fun idea.

Clever to use food/drink in song for tea day. I'm old so I know the Beatle's Strawberry Fields and I remember seeing the Coke commercial on television. Happy T Day

Some fab songs - love the memories - a great T Day post for sure - especially with the Coke song which brings back many memories!

Mae I just came back to say how much I enjoyed your post on the ship, so interesting about the food they took on the voyage and what happened to them, they were brave to sail away not knowing what they would encounter. Thanks for giving me the link
Have a lovely day
Jan x

OMG the Wiggles?! How did you even remember them? Great post. Have a nice day.

Count me in on the Beatles songs, we are big fans. Have you seen the movie Yesterday? A man has an accident and whne he wakes up no one else knows about the Beatles. It's entertaining.

Strawberry Fields takes me back to my college days of picking up children from Strawberry Fields Home to look after for the day!
I am of the Brown Sugar, Lady Marmalade, American Pie era! You found a great selection here Mae!
Belated Happy T Day, Chrisx