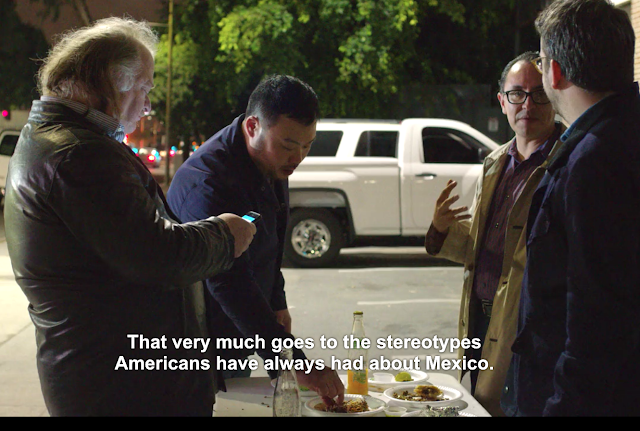 David Chang and friends make a freewheeling tour of the world in the newest Netflix food series "Ugly Delicious." I have watched the first two episodes: "Pizza" and "Tacos." The photo above captures Chang trying out tacos with two famous LA food writers: Jonathan Gold and Gustavo Arellano, whose writings I have enjoyed in the past. Both episodes are very focused on the vexed question of authenticity. Chang is pretty cynical about assigning any meaning to the term: food makes its own rules, would be my summary of his view, which I share. Is it good? That's the important question. 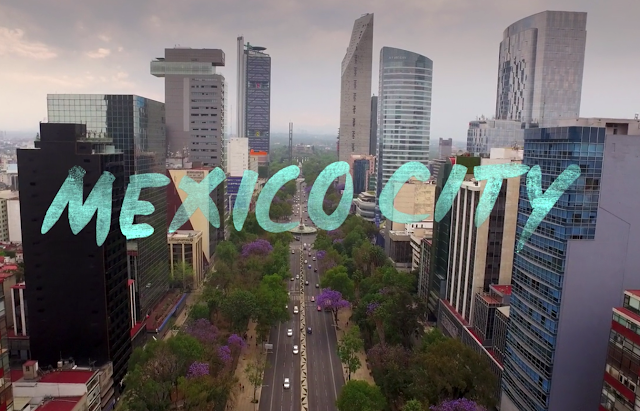 The series features beautiful images of many exotic places, people, food, and kitchens. 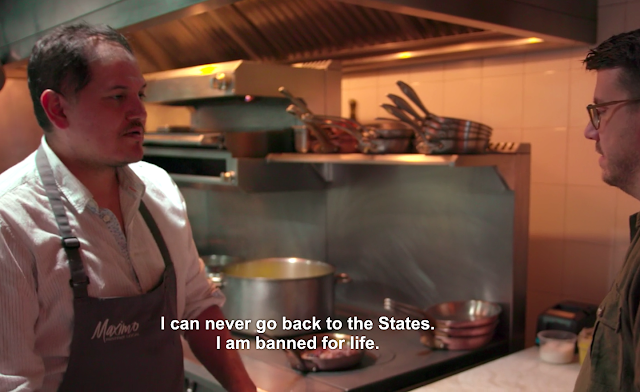 Two of the featured Mexican chefs have had serious trouble with American immigration. This very gifted owner of a restaurant in Mexico spent 27 years in the US, but can never return to his family here. In this episode, I found the treatment of the very unjust and cruel situation in our unfortunate country to be very impressive and somewhat surprising in its condemnation of how we are treating productive and hardworking individuals. 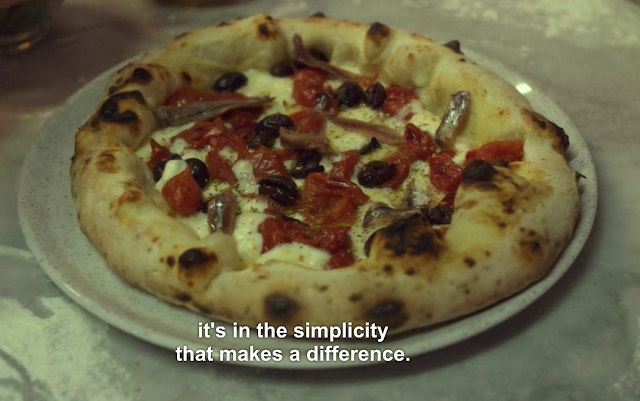 Both episodes emphasize the wide variety of interpretations of the two featured classics: pizza and tacos. This pizza is from a pizza maker in Naples. Despite his successful pizza, he has been blackballed by an organization that sets standards for Neapolitan pizza because he's too innovative. Interviews with the head of the standards organization verge on the disrespectful, probably with justification. Nobody owns pizza!

So where's the best pizza in the world? Evidently, it's in Tokyo.

Netflix just released this series, which has 8 episodes. The style is edgy and quirky! It might take a while to watch the other 6, though I watched the first two in one sitting without ever getting up from the couch! Images here are screen shots from the two episodes that I have watched.
Posted by Mae Travels at 8:57 PM

I haven't heard of this series. I need to check it out. who would have thought Tokyo had the best pizza.

Sometimes I think there is no end to shows on Netflix and I feel happy about it. I just finished watching shows by Andy Yeatman and I was hoping to find more of these shows but since he doesn’t work with Netflix anymore, it was difficult to watch the similar content again.