It's Wordy Wednesday again. Last week one of the words I mentioned was Panglossian, which comes from Pangloss, a character in Voltaire's Candide, and defined, in the words of Pangloss himself: "marked by the view that all is for the best in this best of possible worlds." (source)

I was trying to think of more words from memorable characters in literature -- so memorable that their name became a word and they became eponymous. I digress to call out that wonderful word eponymous, meaning a person that gave his or her name to a word or a concept or even to a physical thing, like (shudder) Trump Tower. Or the derived concept. 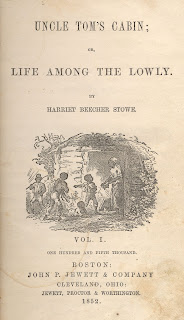 You probably know quite a few such words yourself. I thought of these:

To return to panglossian -- it's one of several words that Merriam-Webster online includes in "A Who's Who of Literary Allusions: Words that Come from Characters in Books." Examples from this list:

Other eponymous literary words on the dictionary list: pollyanna, pander, malapropism, milquetoast, gargantuan, pooh-bah, and quixotic. There must be many more such words, based on the enormous number of memorable characters in literature throughout the ages!
Posted by Mae Travels at 8:00 AM

Really fun read! And I learned a few things -- always a good thing. Syphilis? Who knew?!!

Svengali, a domineering man, from the novel "Trilby" comes to mind. Now you've got me thinking for more! Seems like "yahoo" was also a rebel yell during the Civil War, but that was a good while after "Gulliver's Travels."

Pam -- funny coincidence: my sister just read "Trilby" and wrote me about the word "svengali." She says the novel also gave its name to the hat. Thanks for commenting... mae

Hi Mae
Such an interesting post. We don’t even realise how many words come from writers like Shakespeare for instance. Cheers S