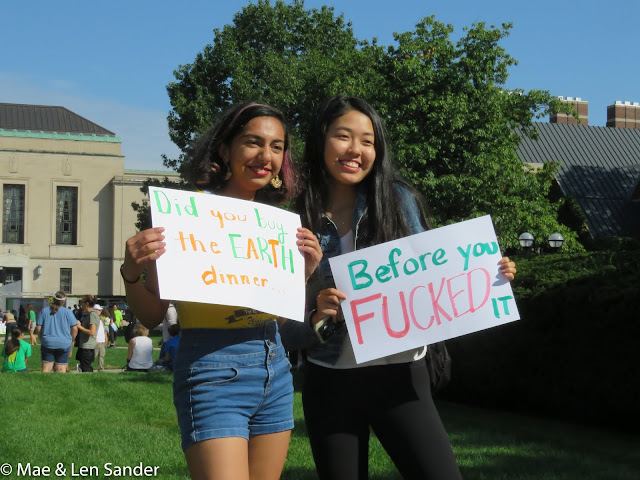 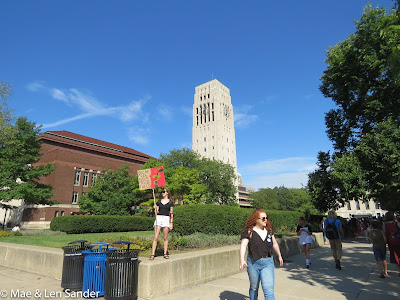 Climate Strike, 2019: On the University of Michigan campus, organizers estimated a crowd of 7500. A breathtakingly beautiful day to learn what is going to be lost. The emphasis: the speakers all believe that in 11 more years, the damage will be fully irreversible. 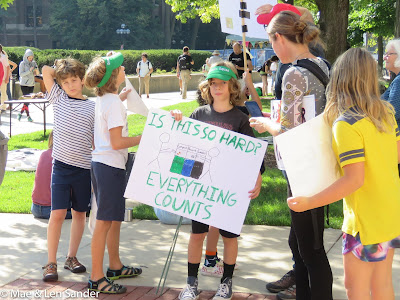 Many of the participants were very young people, including whole classes from elementary, middle schools, and high school, as well as university students. To my surprise, the speakers were mainly very young as well, and the organizer appears to have been a high-school student. Their ages were announced: 15, 14, 13... and they spoke dramatically about how they wanted a future. For these speakers, the 11 year deadline looms in the prime of their lives. 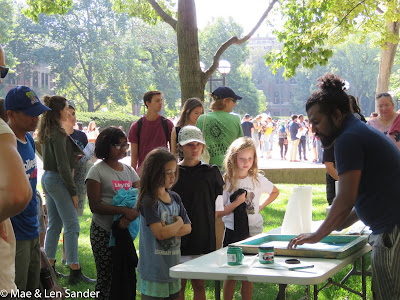 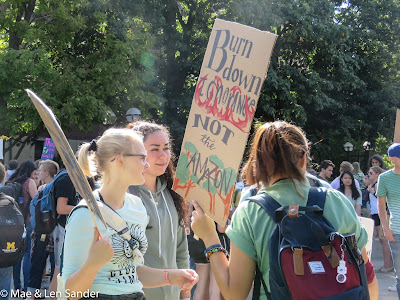 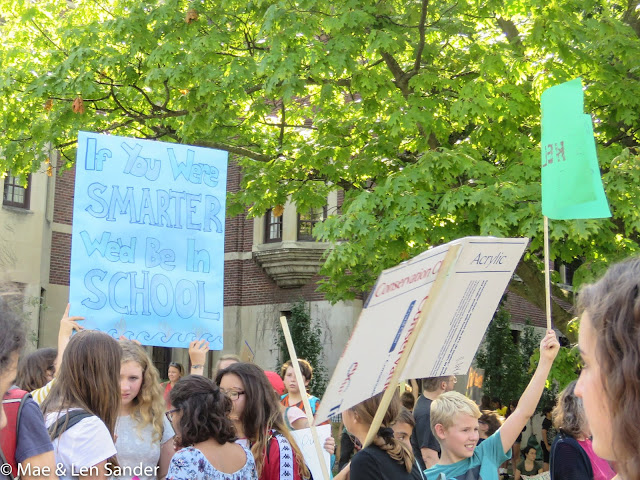 The oldest speaker (as far as I gathered) was a graduate student who enumerated the misdeeds of the university, such as building a new natural-gas fueled power plant that will become a long-term commitment to fossil fuel energy use. He was arrested at a sit-in at the office of the university president last year, protesting the university's refusal to divest endowment funds from fossil fuel industries. 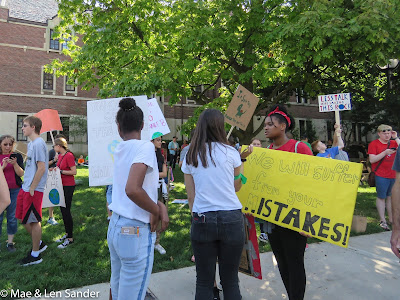 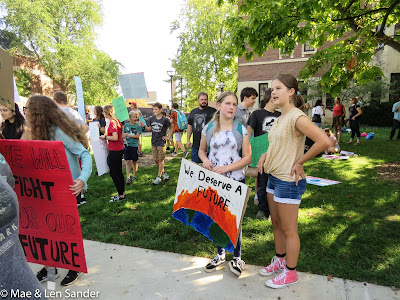 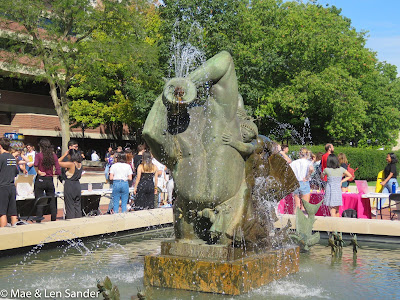 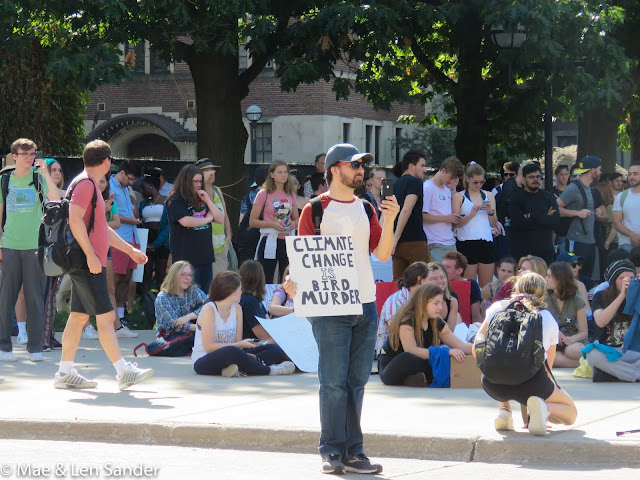 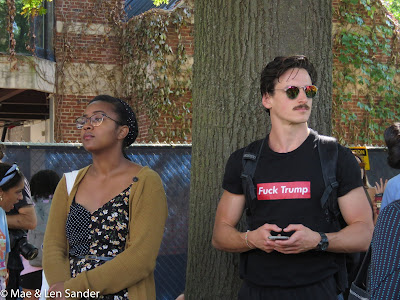 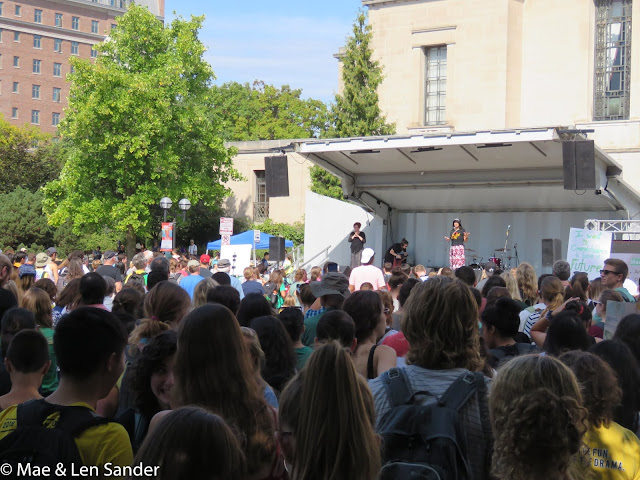 At rallies in the past, speakers have been chosen for their prominence and traditional expertise. I expected to hear from the mayor, our activist state representative, or a university professor. Not at this rally! 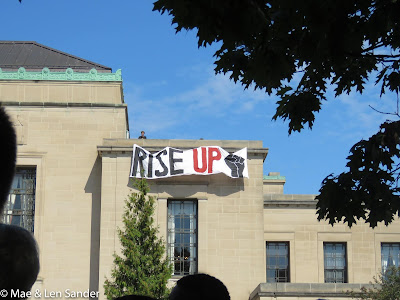 they have every reason to revolt. And it is the main and great fight that will occupy their lives

We all need to start having smaller cars, walk more, carpool, and make lifestyle changes ! Sounds like an important rally for awareness and education of a vital matter. Thanks for sharing Mae

rallies all over the world!

I'm happy to see young people paying attention and realizing our earth home is fragile. You can't keep abusing it.

I agree with judee! I've used energy efficient light bulbs and appliances, washed clothes in cold water for over 10 years, and more to help this problem. I also downsized my car to a Misubishi Mirage a few years ago and LOVE it, even though a lot of my family and friends make jokes about it being so tiny.

Nice pics! Glad to see so many people out for this all over the world!

We all need to do something to change the world. Personally I think 11 years is a bit of an exaggeration. More emotion than facts, I believe.

Unfortunately, the eleven-year estimate is based more on fact than on emotion. It is a consensus of scientists who testified at the UN Climate Summit this year.

This is very cool. It is extremely powerful to see these children and young people so involved, too.

Thanks, Mae. I wasn’t able to make it and was wondering how it had gone.

Good for them! I worry that it is too late, but we have to try.

Great coverage Mae. I went to the rally in Brisbane where over 30 000 people showed up. This is more than 1% of the population. There were so many fantastic signs and committed young people and familes, some so small they were in prams! This issue is not going to 'go away'. We need to acknowledge that we have not done the right thing and do our best to make the planet livable for future generations. Thanks for shining a spotlight on your local event as part of a worldwide movement.