Some Highly Rated Books of 2018

I've been reading three books this month. All were published in 2018, and all with very good reviews, including winning or being short-listed for some prestigious prizes. A brief report on these: 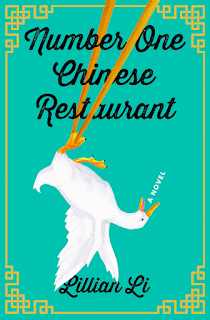 I enjoyed Number One Chinese Restaurant because it surprised me. I didn't realize that I had a stereotyped expectation for a book about the owners and workers in a Chinese restaurant, but I did. It's a very good book: good plot, well-drawn and numerous characters, lots of action.

The author seems aware of these stereotypes. Her characters have a painful awareness of who they are and who other people think they are: their identity as waiters or busboys or Chinese restaurant owners. They know themselves, and they know how their customers, their bosses, their business contacts, their children, their parents, their wives or husbands, and their lovers think of them.

One waiter, who has been working 6 days a week for 50 years, for example, performs for the customers:

"He hobbled off, cutting a comic figure as he swung his left leg in front of his right. He could still fool the customers into thinking his lurching walk and shaky hands were part of his character, a Chinese Charlie Chaplin who might look as if he’d spill the tray but never did." (Kindle Locations 358-360).

Despite his success, the owner, Jimmy Han, fears stereotypes too:


"Han was hardly reinventing the wheel with his menu. Northern Chinese cuisine could be summed up in three words: meat, onions, and garlic."(Kindle Locations 473-474).

"All around him were restaurants that were out of his league. The pizzeria boasting eight-hundred-degree ovens and ninety-second Neapolitan pies; the sushi restaurant owned by a Japanese chef with a show on Netflix; the French bistro with tasting menus starting at $145 a person. What would the Glory have? Peking duck carved tableside, like on a fucking Carnival cruise!"(Kindle Locations 1864-1866).

"Was it tasty? Sure. But was it authentic? Was it anything to be proud of? Only the Peking duck fit the bill. His father, not for want of trying, had never figured out how to prepare the duck faster than the traditional way, with the fowls shipped down from Long Island, their skin air-dried then brushed with sugar, and finished off with slow heat in a rotisserie oven. Everything else on the menu was a scam." (Kindle Locations 2090-2093).

My brief review doesn't really get at how the development of characters and situations in this book worked to explode my stereotypes, but it really did a great job! 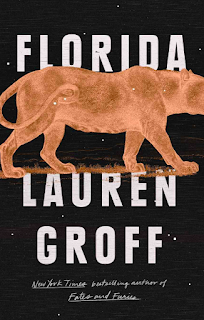 
"Of all the places in the world, she belongs in Florida," is the description of the hapless helpless woman in the last of Lauren Goff's short story collection. It could be the description of every heroine in the book. Some women in these stories are single,  some have problem husbands, some are homeless, some abandon small children, and a few of them dwell obsessively about climate change or piling-up worldwide trash: "the world my children will inherit, the clouds of monarchs they won’t ever see, the underwater sound of the mouths of small fish chewing the living coral reefs that they will never hear."(Kindle Locations 2191-2192).

It's a tragic world but somehow sometimes also funny; it strangely makes me think of Carl Hiaasen's hilarious stories in very similar settings -- like swamps and run-down apartment houses. When the air conditioning goes off, civilization goes with it. Even when Goff's women run away to France or to a Northern State, they can't escape their Florida identity.

In one story, a mother is left in the Florida wilderness with her kids. She writes


"I made scrambled eggs with a vengeful amount of butter and cheddar, also cocoa with an inch of marshmallow, thinking I would stupefy my children with calories, but the calories only made them stronger." (Kindle Locations 779-780).

A different story features a woman who escapes her usual life to live briefly in Normandy with her two small sons. She takes them for something to eat in a shack on the windswept beach; her drifting thoughts go from the food to her distant future:


"There, protected by a lufting sheet of clear plastic, she orders three buckwheat galettes with cheese and egg, and one salted caramel crêpe for dessert. At home they eat sugar only on holiday or in emergencies— she knows it is a poison; it can make you fat and crazy and eventually lose your memories when you are old, and she has a severe horror of being a stringy-haired cackler in the old-age home; she has boys, she’s not dumb, she knows that sad obsolescence will more than likely be her fate if humanity even lasts that long..." (Kindle Locations 2350-2353). 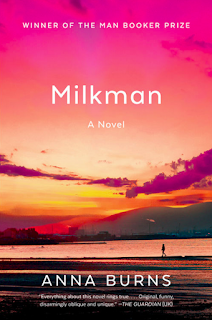 The narrator of this book reminds me of Virginia Woolf's Mrs. Dalloway and Septimus her strange doppelgänger. So sensitive that life just gets in their way. So fearful. Rubbed so raw. So unable to deal with a very difficult present.

In Milkman, the present is really difficult. The unnamed narrator lives in an unnamed town that's torn by violence between two unnamed religions. She has a "maybe-boyfriend," sisters and brothers-in-law, other relatives and friends, and all of them live in a world of tight and somewhat unnamed expectations. For example, maybe-boyfriend has a friend who is interested in cooking, and would like to be a chef. What this means:


"... male chefs – especially of little pastries and petit fours and fancies and dainties to which one could level the criticism ‘desserts’ and which chef here was a maker of – were not in demand and not socially acceptable. Contrary to other chef parts of the world, a man here could be a cook, though even then he’d better work on the boats, or in a man’s internment camp or in some other full-on male environment. Otherwise he was a chef which meant homosexual with a drive to recruit male heterosexuals into the homosexual fold." (Kindle Locations 492-496).

I haven't finished reading Milkman, because I find it a struggle to read it and face the narrator's problems. I promise to finish it soon. (UPDATE: I finished it. It gets better and better in the second half!)

Thanks, Mae! Always love to see what people have been reading!

Based on your comments I think I'd enjoy Number One Chinese Restaurant. Not so much Florida or Milkman. They sound too depressing. I do admire your stick-to-itiveness though, as anything I find too hard to read goes into the return pile (to the library). I'll look for a review of There There There Tommy Orange.

I had mixed feelings about Number One Chinese Restaurant, but thought it had more depth than I was expecting. I haven't read the others yet.

I find the most insightful (and sometimes the most challenging) books are those that do confront my personal beliefs and sometimes those stereotypes (that I don't think I have either). I am very anxious to hear what you think of There There.