Today's cookbooks from my collection all feature the foods of Israel. I've copied images from each one to illustrate the various ways that the authors deal with two typical Israeli dishes: Hummus and Falafel. These are both favorites with both Jews and non-Jews in Israel, as well as in many other countries. I love them too. Israelis enjoy complete connoisseurship of hummus -- we were once sent to the famous Diana restaurant in Nazereth because the hummus was "poetic."

The earliest Israeli cookbook in my collection is called Israeli Cookery, by Lilian Cornfeld, and dates from 1962. It's organized around the many Jewish communities that had already settled in Israel at that time, not long after Israeli independence. The book is also very concerned with nutrition, and classifies Falafel and Hummus as "Sabra Cereal and Legume Foods." 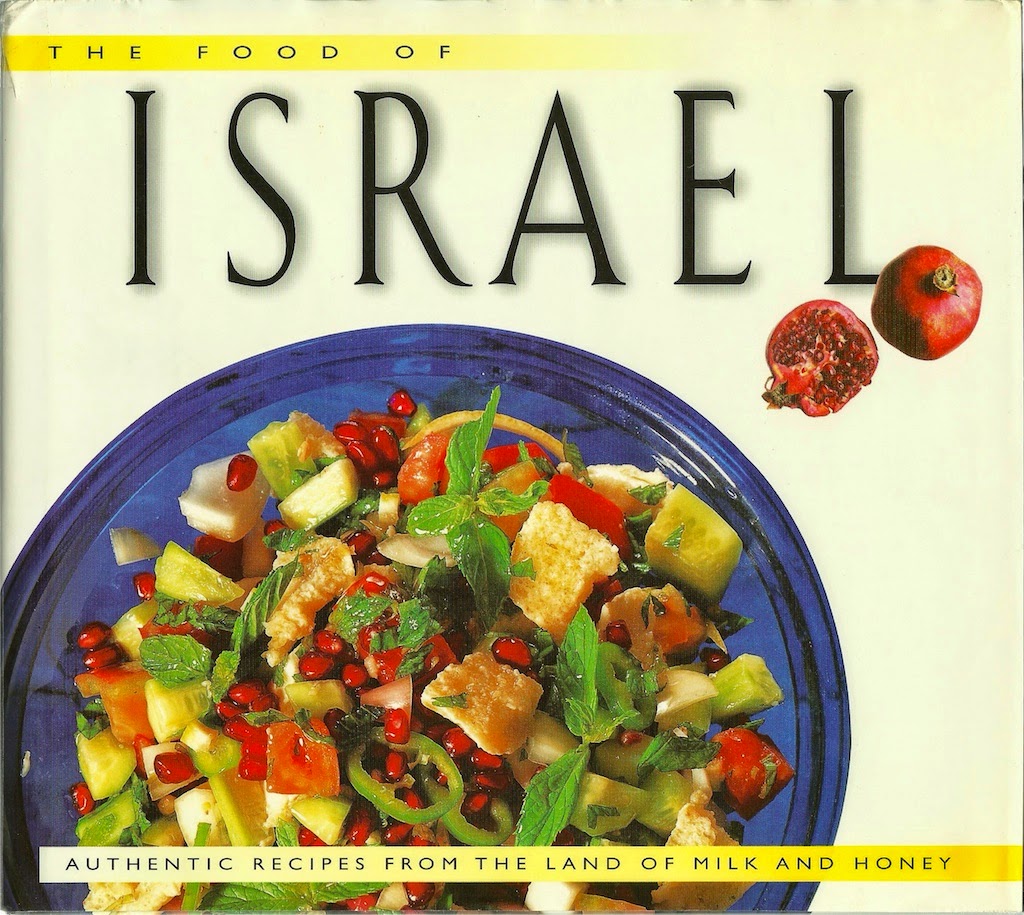 The Food of Israel: Authentic Recipes from the Land of Milk and Honey by Sherry Ansky was published in 2000. Every recipe is accompanied by beautiful photos. The book begins with a history and general discussion of Israeli foods, including a discussion of the Biblical "seven species" that still play a fundamental role today: olives, figs, dates, pomegranates, wheat, barley, and grapes.

Ottolenghi and Tamimi's Jerusalem: A Cookbook has been very popular since its publication in 2012. I cooked several recipes from  it, and wrote about it here: Jerusalem: A Cookbook. The book has beautiful images of the authors' native city, Jerusalem, and the discussion of hummus is illustrated with several photos and recipes; the image below suggests the wide selection of hummus in an Israeli market: 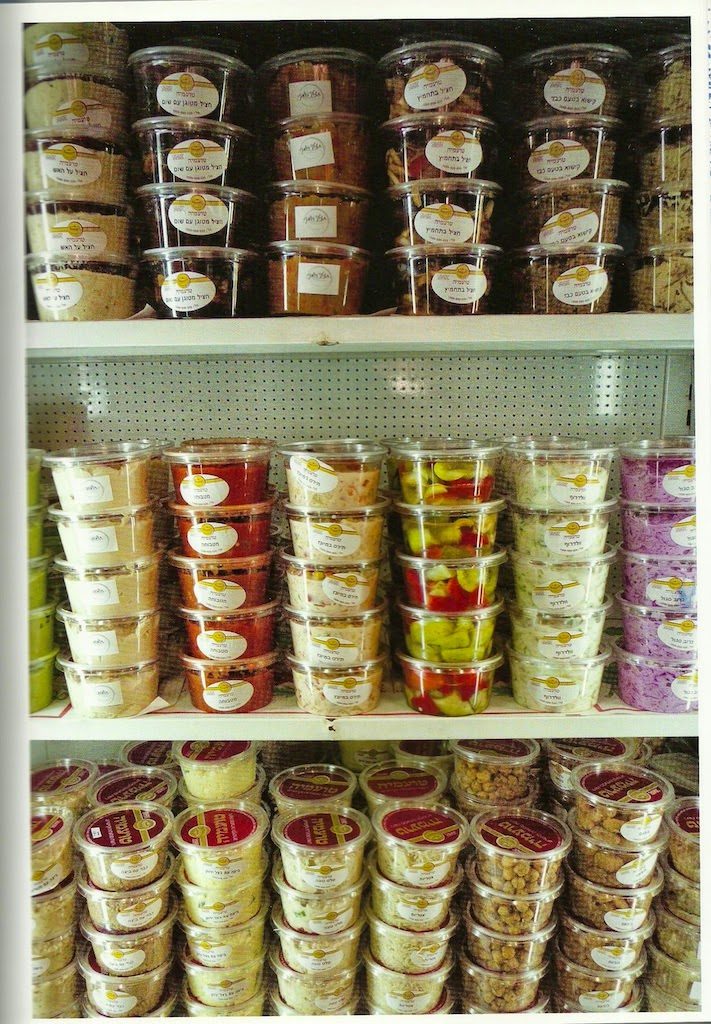 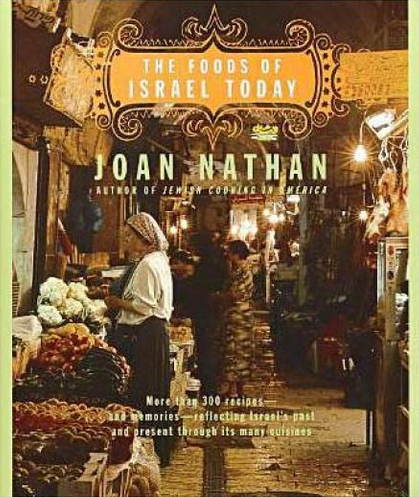 Joan Nathan's The Foods of Israel Today (2001) presents many recipes. She also reviews a variety of restaurants and small eating places throughout Israel. Some of her suggestions are probably obsolete, as the situation in the Middle East, as always, is complicated. (I'll stay off the topic of politics!)

I've reproduced, below, a page of general information on hummus and where to buy it. Again, this reflects the overall love of hummus throughout Israel.

The Book of Jewish Food; An Odyssey from Samarkand to New York by Claudia Roden (1996) is a survey of Jewish foodways from around the world, including Israel of course. Roden grew up in the Jewish community of Alexandria, Egypt, and began her career writing about general Middle Eastern food. The breadth of the recipes and stories collected in The Book of Jewish Food amazes me!

Recently, I wrote about another book on Israeli food titled Breaking Bread in Galilee: A Culinary Journey into the Promised Land by Abbie Rosner.

"I have chosen to approach food as a means of bringing people together instead of keeping them apart," Rosner wrote in her introduction. "If using food as a bridge between individuals from either side of the conflict can help overcome suspicion and promote mutual understanding, even on the most modest scale, then something very significant can be achieved."

The cookbooks look fascinating, Mae. I'd love to try some of the recipes.
Good post!

I'm so glad you chose a dish that many can relate with Mae. I knew there was a difference in ingredients and presentation when preparing hummus but had no idea that making it by hand would be the better choice.

You have a wonderful collection of Israel cookbooks. The only one I have is the first one although I do have quite a few books by Claudia Roden who seems to be quite thorough in any book I've seen of hers.

Another wonderful post Mae! You did GREAT!!! Thank you so much for sharing...

Thanks for sharing. I don't have any cookbooks on food from Israel. It is a shame I don't because I love Falafel and Hummus.

I have several cookbooks that give recipes for hummus or falafel but they are from Egypt and Lebanon. When in Rome, Ga., a couple of weeks ago we ate some very good hummus in a restaurant called “Jerusalem Grill.” I think the cooks were Palestinians from Israel. My Armenian cousin, in Heliopolis, Egypt, made a wonderful hummus. I also really enjoy baba ganoush. All the food of that area is closely related I think.