From the New York Times: "Gil Marks, a culinary historian who wrote widely on the relationship between Jewish food and Jewish culture in a manner that was both scholarly and friendly, died on Friday in Jerusalem." (Gil Marks, Historian of Jewish Food and Culture, Dies at 62) 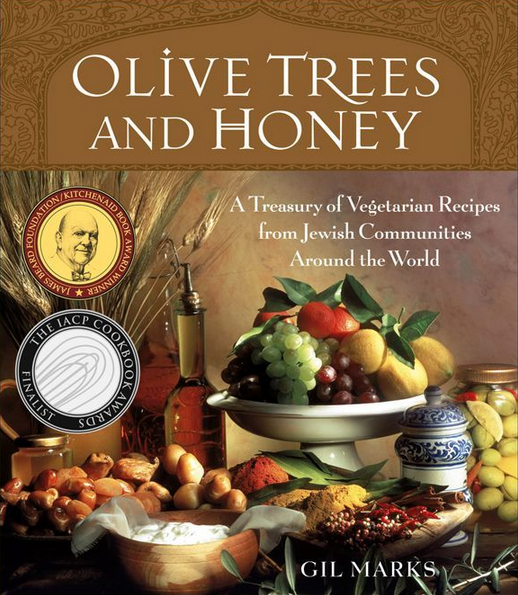 I don't own any of Marks's cookbooks, though I have checked some of them out of the library and found them very interesting. The Times obituary  mentioned these:


According to the obituary in the Jerusalem Post, Marks also edited a cooking magazine, wrote other successful cookbooks, and was a rabbi as well as a cookbook author. About his visits to various Jewish communities to lecture and give cooking classes, Marks is quoted as having said: “I’m sort of like bringing the rabbi and rebbetzin in at one time. I can do the sermons and the speeches and the cooking demonstration too.” [Note: A rebbetzin was a rabbi's wife; in the past when there were no women rabbis, and in present-day Orthodox communities, the rebbetzin had a special role in the community.]

Yesterday I wrote about Israeli cookbooks for Cookbook Wednesday. Several of Marks's books would have fit right into that discussion.
Posted by Mae Travels at 7:59 PM