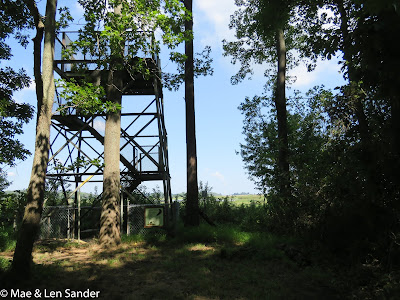 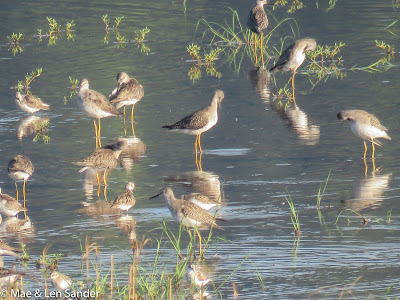 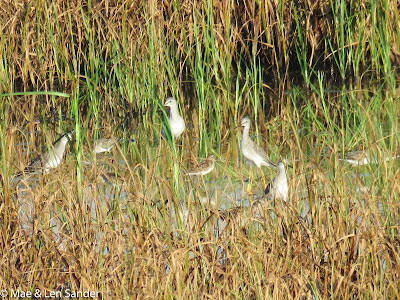 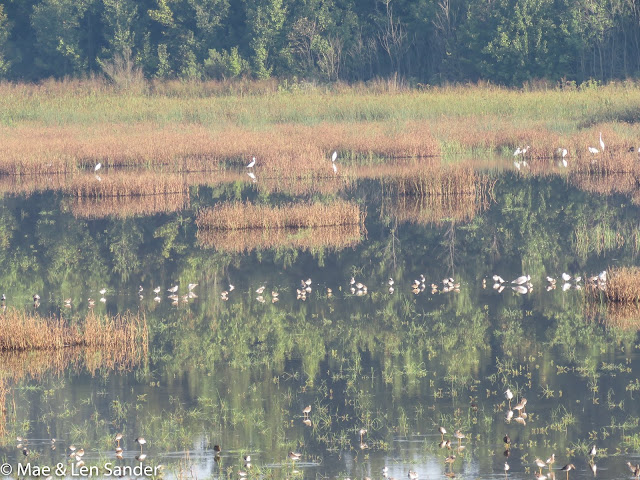 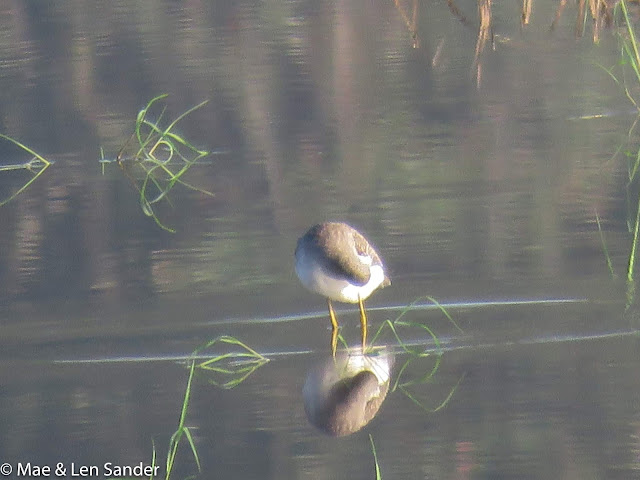 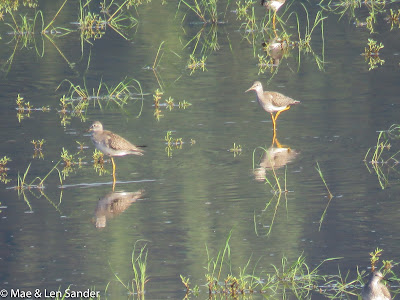 Besides our two long visits to the wildlife refuge, we went to two beaches in the Dover area. The first was Cape Henlopen State Park, which includes both ocean-side beaches and beaches facing the Delaware Bay. It's not far from the ferry that goes to Cape May, NJ. -- around an hour from Dover.


The last morning of our stay, we took a long walk on a different beach, Pickering Beach, the closest one to Dover where we were staying. It's a very obscure location, with around 5 public parking spaces, a small path for access, and many private homes backing up to the sand. We heard that there is a whale skeleton nearby, but it was too hot by the time we would have gone looking for it.

We saw the injured gull as we walked down the beach, which ends at a small stream and a wetland. As we returned, we saw a woman sitting in a chair in a makeshift shelter in front of her home on the beach. She was nursing this gull -- giving it water to drink and feeding it pulled pork. The shelter was shielding it from the sun with tarps. She herself was very tanned to the point of having turned her face and neck into a sort of collection of puckered and darkened skin, though she wore a shirt with long sleeves as well as long pants which she said were hot but necessary. She was hoping to restore the gull to health, but she said it had a broken leg. Animal shelters and rescue organizations weren't interested when she called them to take in the gull. We silently suspected there was not much hope for the bird, but she was very hopeful that she could save it.


We arrived at Pickering Beach around 7:30 AM because it promised to be another hot day. During the first half of our walk, we saw no other people and on the way back, just the gull-rescue woman and a couple of other walkers.

Sounds like a nice trip. Your photos are lovely.

I admire the woman trying to save the gull. There's a special place in the next world for people like her, whatever it may be. I hope she isn't too devastated when/if it dies; she's done well.

I wonder why the rescue orgs weren't interested in helping the injured gull? Who knows, the kind lady may well help the bird if she take sit home.

I like the bird and the beach photos very much. There are some horseshoe crabs around these parts (St George Island) but I haven;t seen any in a while.