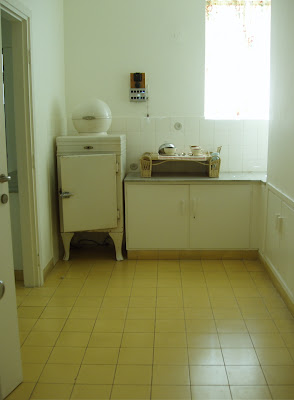 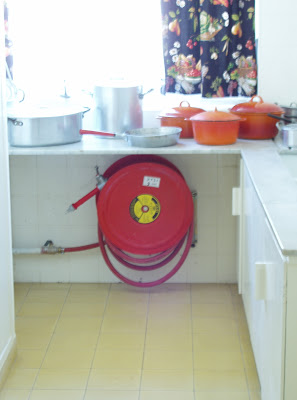 Vera Weizmann was a physician who spent most of her adult life in England while her husband, Chaim Weizmann, a highly accomplished chemist as well as a political activist, traveled widely promoting the foundation of Israel, and became its first president. The Weizmann Institute of Science in Rehovot, Israel, was the site of their final home, designed by the noted German architect Erich Mendelsohn in the late 1930s. When I toured the home in 2006, I was especially impressed by the kitchen. The GE refrigerator -- still in the kitchen -- is said to have been the first refrigerator in Israel!

In her autobiography, Vera Weizmann (1881-1968) recalled her childhood home in Rostov on Don, where her father, after serving in the Tsar’s army, was exceptionally allowed to live. She notes: “on the wall in our dining room…[was a lithograph] of the ‘good Jew’ Sir Moses Montefiore who had been to Damascus to refute the gross forgeries in which Jews were accused of using sacrificial Christian blood at Passover” (p. 5; a litho of Montefiore is at right.)

The Weizmanns' had the same refrigerator as my grandmother. You really could put a book together with this series, particularly by writing commentary/social history as you go. What a wonderful social anthropology piece!

Thanks, Jen, I'm glad you like my kitchen series. I think the idea is better for a blog than it would be for a book -- no need to be very coherent or consistent from entry to entry!