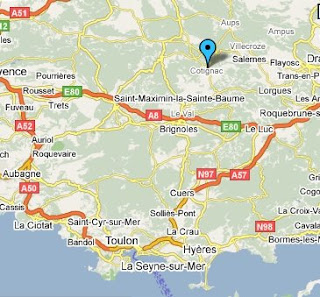 Our friend Michelle, who lives in Paris, for many years spent vacations at her grandparents' farmhouse in Cotignac, a small town north of the French Riviera. It was an idyllic place surrounded by vineyards and a few olive trees. Michelle told us many stories about her grandparents, who had farmed this land, and her early stays on the farm.

Michelle is one of the best cooks in the world; when we visited we would go into the town markets, where she knew the proprietors, and purchase fabulous fish brought up from the Mediterranean, local produce, and other fantastic things, which she would cook for us.

At the time of our earliest visits, the old farmhouse kitchen included an open hearth for spit-roasting, and few appliances. Plumbing and electricity were relatively recent introductions. Later, Michelle and her family put on a large addition with a modern tiled kitchen, new bedrooms, and modern bathroom.

Both kitchens were beautiful and to me were examples of the way French people cook. Many French people, in fact, dream of owning such a rooted family home. The first photos, dating from 1977, show Michelle cooking in the original kitchen, the hearth, the outside of the house, and -- for a change from kitchens only -- one of the bedrooms. 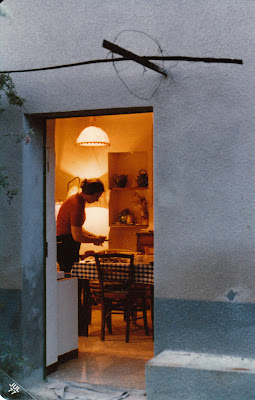 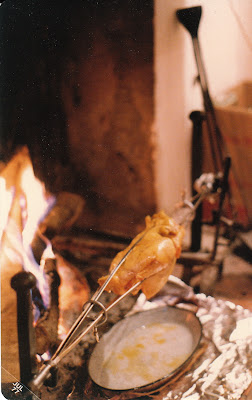 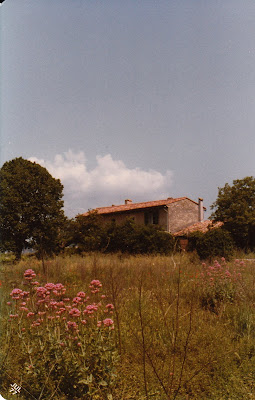 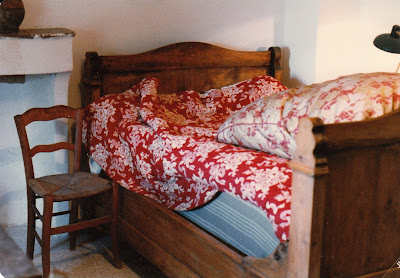 The bed, which had a straw-stuffed mattress, and the rush-seat chair reminded us of Van Gogh's painting of his room in Arles (which is across the Rhone River from the Cotignac area). 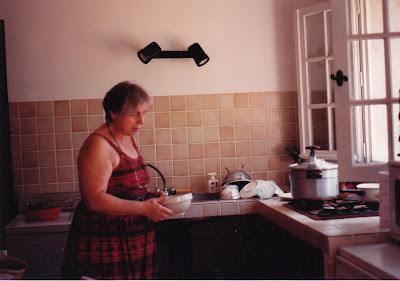 On our visit in 1994, we enjoyed delicious meals cooked in the new kitchen, and we stayed in one of the rooms in the new addition. The photos show the kitchen, dining room, and the vineyard outside. More recently, Michelle and her sister and brother decided to sell the house, which required a great deal of upkeep, so I'm sorry to say that I'll never visit there again. 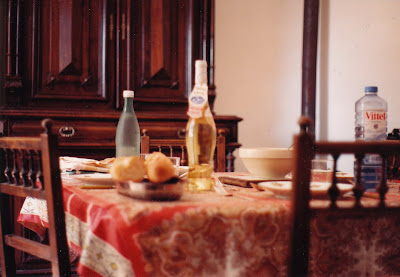 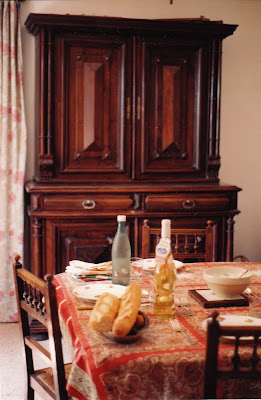 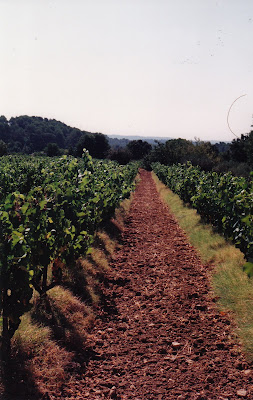 How absolutely lovely. I'm sorry they decided to sell!