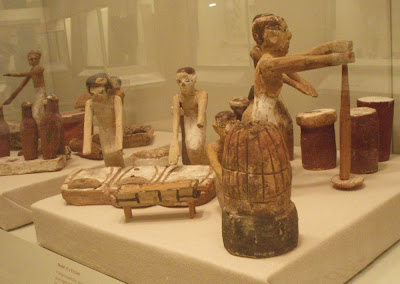 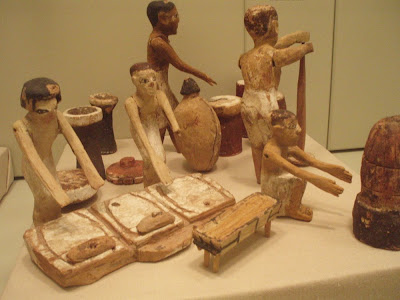 The first photos show kitchen workers (tomb figures) baking bread on a fairly large scale. The man with the large staff and the one standing behind him are doing two steps in the process of grinding grain. Two bakers are at work kneading the dough, and the crouching figure at right is reaching towards a beehive-shaped oven. In the next scene, butchers and a cook are at work. 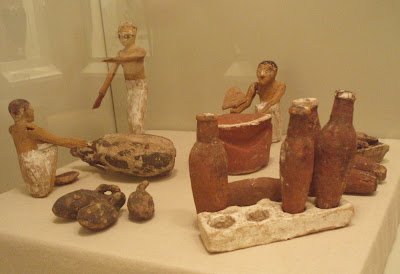 Brewing beer and baking bread were two closely related processes in ancient Egypt (as in many other cultures). The mash from the beer provided the starter for the rising of the bread -- and leftover bread could go into beer along with ground barley. The earliest evidence of brewing and baking in Egypt -- or anywhere -- is in 4000 BCE.
Posted by Mae Travels at 8:21 AM

This is definitely one of the more unique takes on your kitchen series!

2014: new research reported. French researchers claim ancient Egyptians were vegetarians. As in all science reporting, I take this with a grain of salt --