What's wrong with the world?

Ten interconnected things that are wrong with America and the world:

Sometimes the thought of all that's wrong makes me feel really depressed and hopeless. Will the world really become worse and worse as this century progresses? I'll try to keep these thoughts away from my blog, and try to be more upbeat. 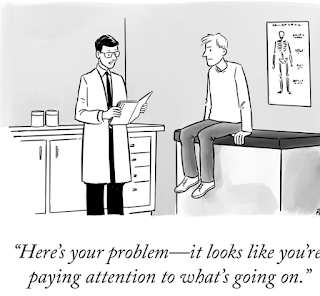 Such sad times ahead, I can only see things getting worse. I wish it wasn't true. I try to stay positive, post more happy things. But, I am not the type to keep my head in the sand, I like knowing what is happening in the world.

I hope you don't stay away from these subjects. You have a beautiful way with words and we all much keep taking and expressing our feeling about the wrongs in the world. If we don't they will just go on like it's OK. I look forward to reading your thoughts.

I know exactly what you mean. Here in the US we are moving backwards in time-sadly. And all these other issues in the world-like Putin, don't help anything. I do want to hope here in the US the mid-term elections change the feel of things, but I am worried about that.

The problems in Ukraine aside, we can talk, write bullet statements, or shout our heads off until we are blue in the face. However, the only way to change what is happening in the STATES is to get to the polls. If anyone needs a reason, you have pointed out several and I will add one, too: women's rights, gun control, birth control, and the January 6 Committee. We MUST vote FOR people who will protect our rights and vote OUT people who wish to take them away.

I am pessimistic about the future and don't see things (any of these things except maybe Ukraine might get more military assistance) changing. The wingnut fundamentalist/dominionist right has a stranglehold on the GOP and the SCOTUS. I believe it's important to speak out, and I thank you for doing it. It helps to see others out there who share our views.

It really is awful, isn't it? I've been quite down thinking about it all.
Today we spent the day watching tennis. It was a break.
Hugs!

I commend you for caring as do I. And we will certainly stay aware and do what we can. Only want to remind you that things never continue on the same trajectory for long. Like billiard balls. Unexpected bounces happen. The kids growing up now are a huge factor. I think that more people needed to care about our democracy. And that has happened which is a good thing. We never thought we'd see the Berlin Wall come down without a shot fired. But the unexpected happened and it did. Pendulums swing. The supreme Court has reversed itself in the past. Just look at some news from 30 years ago. All of the things look kind of small now. Reduced. When we look at this moment 50 years from now and we know how it all turned out. Okay, this will seem like manageable history too. Anyway, thanks for your visit. It reminds me to come here, which I enjoy very much

The overturning of Roe v Wade is just awful. America could be heading for a civil war of sorts if more freedoms are taken away.

Rich German politicians, who drive in fat cars or fly everywhere, tell us to save.
Believing they "hurt" Russia by not buying their energy etc, etc.
Whom do they hurt, Putin? No, the small people.
Putin likely rides a horse being half-naked again.
Food gets incredibly expensive, jobs down the drain. They blame it on Covid and the war in Ukraine.
And keep on partying. And let reporter film them doing so.
It´s not only America...

Great cartoon. I think you and I are thinking in the same place -- I just finished drafting a post that reflects some of the same.

It's hard not to feel weighed down by all that is going on in the world right now, and especially in the U.S (since it directly impacts me). Add to that personal stuff and I sometimes wonder how some of us get out of bad each day. The local indie bookstore is opening their doors on Sundays starting this month and will have letter writing days in which people can come in and write letters to their representatives and the judges or whoever to demand change. I don't know how effective it will be, but I am sure it will help a lot of people feel like they are doing something as opposed to feeling so helpless. It's something, even if a small thing.