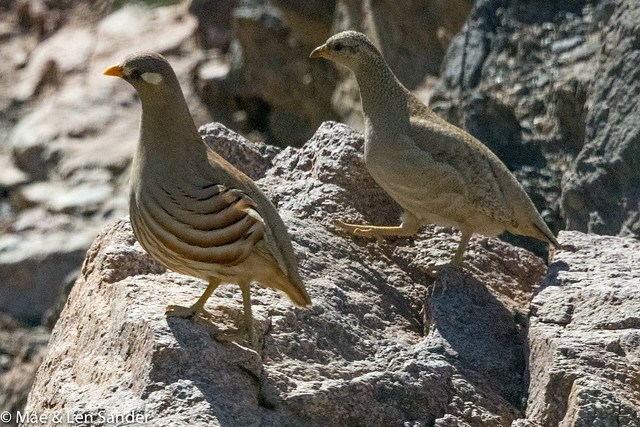 Returning from our recent visit to Israel, I decided to reread The Blue Mountain, a novel by Israeli author Meir Shalev. At the time I read it in 2006, I found that it resonated with my recent experiences visiting the countryside in the Jezreel valley, which lies east of the Sea of Galilee and west of Haifa. The novel combines historical fiction, humor, magical realism, and natural history, creating a portrait of the pioneers who created the State of Israel. The Blue Mountain is centered in a Moshav -- a type of cooperative farm but distinct from the more popular Kibbutz. Shalev grew up in Moshav Nahalal, which we visited at that time, making it especially meaningful. I wrote about that in this review/blog post: "Storks."

One of many characters in the novel, Shalev's schoolmaster, Pinness, stands out for his fascination with the natural world, his interest in writers and naturalists such as Luther Burbank and Darwin, and his dedication to teaching the village children about their environment.  Shalev frequently uses birds that nest in Israel or migrate through, as well as other wild and domestic creatures, as a metaphor for the events in his story. Some of the birds appear, as shown, in the photos we took, and this feature of the book seemed very compelling to me.

Bird quotes from The Blue Mountain:

"The air was cool and crisp when I set out, and dewdrops still hung from the leaves... . Greenfinches jumped on the hedgerows along the path, and a pair of falcons tumbled in the air, sporting in high-pitched spirals. A yellow cloud of goldfinches swarmed anxiously over the thistles, their thick, short beaks sounding little squeaks of surprise. ... Pinness told us how Darwin had studied the Galapagos Island chaffinches... Sometimes I would flush a mother lark from her hiding place, and she would run ahead of me and flop around in the stubble like a shrill, lame old woman, soiling her crest in the dirt while luring me away from her nest and camouflaged eggs." (pp. 128-129)

"When I was five he once took me to the orange grove to show me a roofed oval nest with a round entrance on one side.

"'This is the nest of the graceful warbler,' he said. 'Its fledglings are gone already. You can stick your hand inside it.'

"The inside of the next was lined with soft, warm down and groundsel seeds.

"At my grandmother Feyge's funeral Pinness had noticed two Little Owls, a male and a female, bowing and curtseying to the mourners while curiously regarding them through slit golden eyes.... Several days later he returned to find that the two small birds of prey were nesting among the stone ruins. Scattered on the ground were the slivery skulls of field mice, dry, hardened bird spew, and the wings of devoured grasshoppers. A stench of carrion arose from two little fledglings in a nest, whose white plumage and angry hisses made him think of a pair of Hasidic dwarfs." (p. 267)

And finally, the paragraph I quoted at the beginning of my earlier review: “I lay on a bed of jonquils, staring up at the sky. Flocks of migrating storks soared overhead, circling like tiny water insects on a clear, transparent pond. Back in the Ukraine, two storks had nested in the chimney of Grandfather’s house. ‘I knew that they visited the Land of Israel each year and came back with a bellyful of the frogs of Canaan,’ Grandfather told me. Were the grandchildren of those storks flying over me now?” (p. 84)

In re-reading The Blue Mountain, I again found strong resonance with my recent experience birdwatching and observing a variety of landscapes and natural history. Besides the birds mentioned in the paragraphs above, many more appear in the narrative, including the barn owl, starlings, swallows, coots, the bee eater, cattle egrets, ostriches, a kite, pigeons, herons, robins, the plover, geese, quail, and more. In addition, passages on insects such as the cicada, on sand crabs, on hyenas and jackals, and on many others reveal the natural environment of the human story. They complement Shalev's descriptions of the challenges that the characters in the book faced in building homes and barns, developing farmlands, learning techniques for raising crops, planting and maintaining orange trees, managing work animals, setting up dairy operations, establishing governance of their cooperative endeavors, coping with an unfamiliar climate, and rearing their children in the new land.

I've never seen a greenfinch or a black stork or a Griffon vulture, so glad you posted photos. Interesting that when you reread a book, you gain different perspectives and appreciation.

We don't tend to get vultures flying around, over her in the south of the UK, however kestrels are becoming quite a common sight, although your shot of this beauty, was amazing!

Also, to get such a great shot of an owl in daylight, is something of a coup.

I have never read anything about, or by, an Israeli author and 'The Blue Mountain' does sound intriguing and very interesting.

Amazing pictures! It all looks so beautiful!

I love how you paired the quotes with your spectacular photos. Thanks for letting us all tag along with you on your travels.

Fascinating, Mae. That kestrel photo -- wow! Only recently (and a couple of times) have I managed to catch anything in flight and not nearly so gorgeous. The green finch was pretty, too.