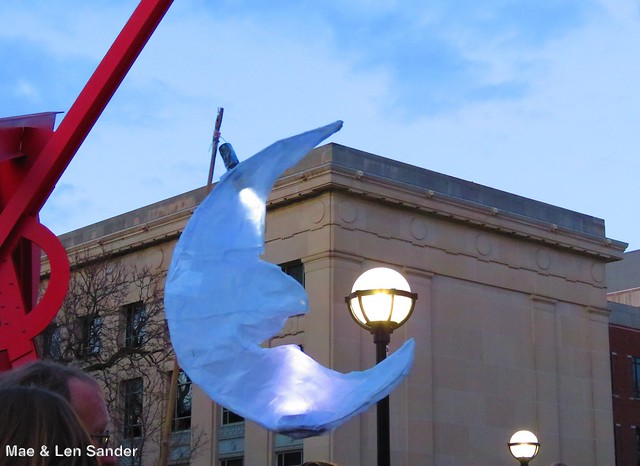 April 1 is the Fool Moon Festival in Ann Arbor. All kinds of people informally gathered this evening in front of the University Art Museum. Many carried luminaria -- decorative paper lanterns -- that they had made for the event. Many of the luminaria represented the moon or the stars, but also a wide variety of creative shapes including bugs and caterpillars, cats and dogs, birds and butterflies, and even the Japanese figure Daruma. One woman wore a full Easter Bunny costume made entirely out of balloons. Others wore elaborate hats, suits, or wigs covered with blinking lights. 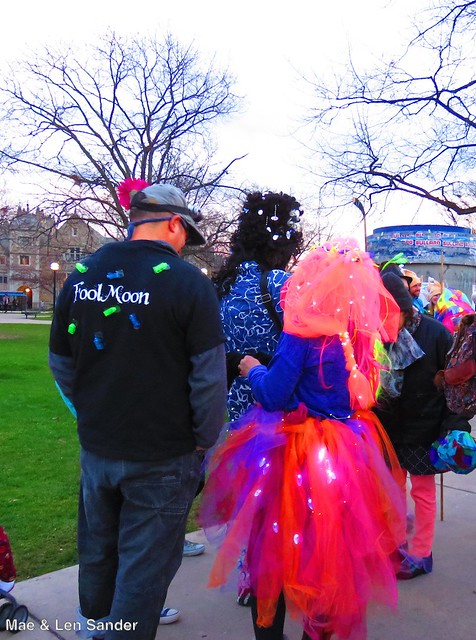 To the beat of several drums, the crowd marched through the University of Michigan Diag, across State Street, through the Nichols Arcade, and onward to meet other groups somewhere in town. We stayed with the parade for a while, not all the way downtown. There was no distinction between participants and spectators; we all marched or strolled or if we were babies we rode in strollers. 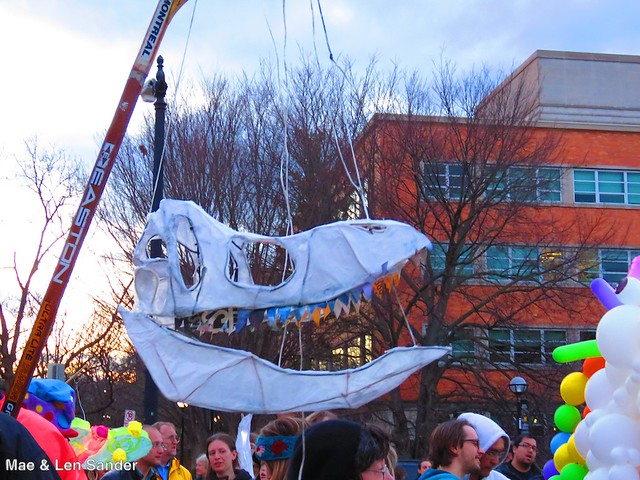 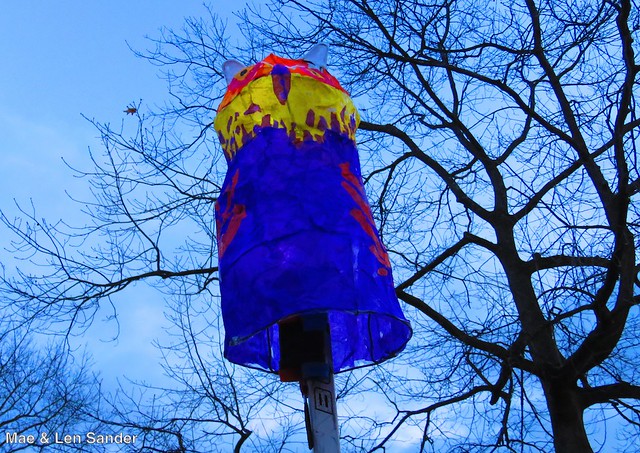 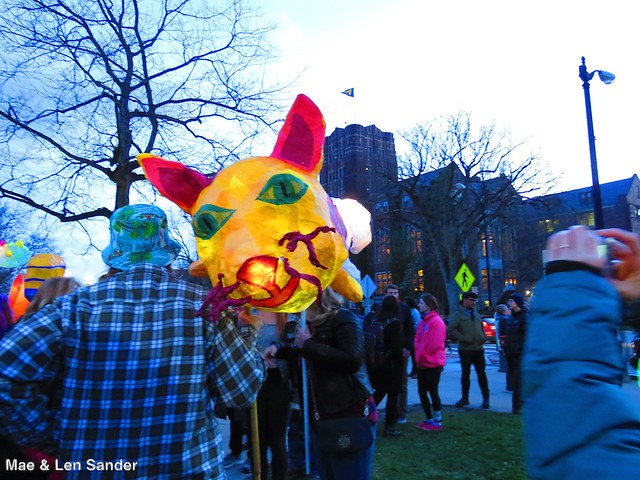 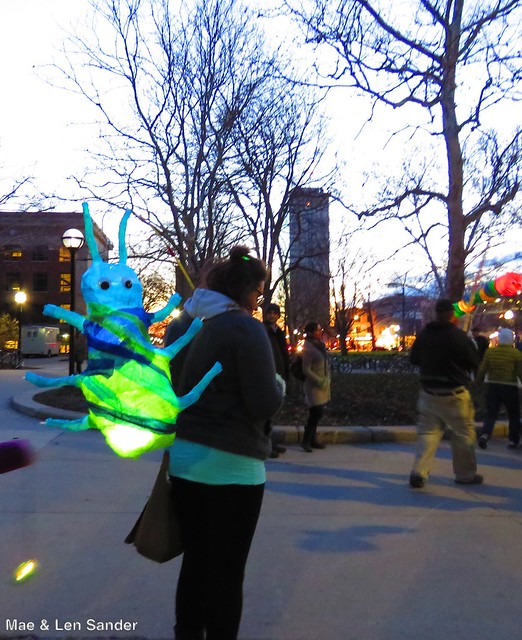 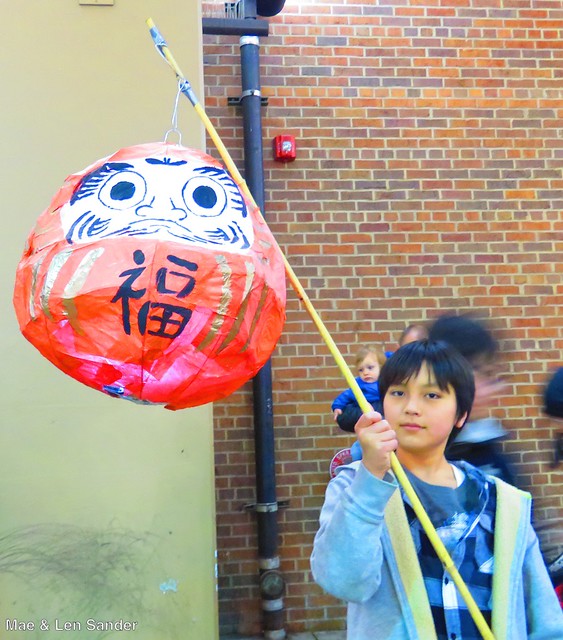 Sunday will be the follow-up to Fool Moon, the downtown parade called FestiFools.
Posted by Mae Travels at 9:52 PM

This sounds incredibly cool! Wish I could have seen it in person but your great pix are the next best thing!