Jewish food inventions, you would think, must have their source in New York. At least New York's promoters give themselves a lot of credit for the strength of their cultural influence. Some Jewish food contributions to mainstream American life, however, originated in the midwest: the slow cooker, the bundt pan, and the Americanized bagel.

I started thinking about these yesterday, when a question about my slow cooker post led me to look up a bit of history. The Rival brand Crock Pot, first of its type, became widely popular in the early 1970s, but its earlier history, I learned, links it to a very traditional Jewish Sabbath practice and a Chicago inventor. I had already read about the Bundt Pan, created for a Jewish women's group in Minneapolis. The bagel, once an obscure ethnic item, became a mainstream nosh in the Midwest.

As I thought about these innovations it hit me: New York isn't the only source of Jewish food trends!

The Invention of the Slow Cooker

Naxon's daughter provided the background of the device:


"My Dad, Irving Naxon, invented the crock pot, then-called Naxon Beanery. He retired in 1971 and sold his business to Rival Manufacturing. They streamlined the design, renamed it the crock pot, and the rest is American culinary history. But what was his inspiration for its creation in the first place, you might ask?

"My grandmother Tamara Kaslovski Nachumsohn, grew up in a small 'shtetl' in Lithuania. She told my dad, when he was a young child, that when she was growing up back in the old country, each Friday afternoon her mother would send her to the local bakery with their pot of prepared but yet uncooked  'cholent.' There it would be put into the oven for a full day, while the family observed the Sabbath and the hot oven cooled to warm while not in use for that same period. At sundown she would go to the bakery and bring the family their delicious pot of steamy stew.

"Dad remembered the story and was inspired to find a way to create a heating element that surrounded the pot in the same way that an oven would have. He wanted to find a low cost, low electricity use solution."

-- My Dad, the Inventor of the Crock Pot


The Origin of the Bundt Pan 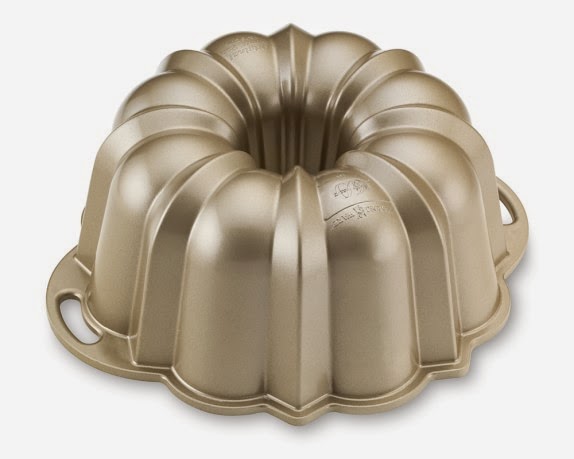 Minneapolis, 1950. A chapter of Hadassah, a Jewish women's charitable organization, approached the head of a company, Nordic Ware, that manufactured metal cookware. They needed special fluted pans, which they called bund pans, to make traditional cakes for bake sales. The company owner, H. David Dalquist, developed a version of a ceramic cake pan that one of the members had inherited from her grandmother:


"Dalquist, whose motto was 'If you can sell it, you can usually make it,' produced the pan in cast aluminum for the Hadassah members. He also made some to sell in department stores and called this early model a bund pan, borrowing a German word that means an alliance or bond. Later, in order to trademark it and perhaps avoid association with the German-American Bund, a pro-Nazi organization active in the 1930s and 1940s, he added a T."

In 1966, the Pillsbury Bake-Off Contest winner was a chocolate cake named "Tunnel of Fudge" which was baked in one of Dalquist's bundt pans. The immense popularity of the recipe led to very widespread use of these pans, especially for Pillsbury recipes. Bundt cakes became totally American mainstream. Over time, Dalquist donated pans to be sold by the chapter of Hadassah that had inspired him, allowing them to make money for the support of hospitals in Israel.

This information comes from Dalquist's obituary in the L.A.Times. Other sources have alternate explanations for the spelling of bundt.

The Americanization of Bagels 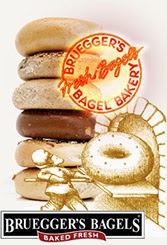 Troy, New York, 1983. Nord Brue and Mike Dressell founded Bruegger's Bagels, a specialty shop which baked fresh bagels for everyone -- not only for Jewish customers. Bruegger's, which soon became a nation-wide chain, and other bagel shops turned the formerly Jewish bagel into an all-American favorite, not just an ethnic curiosity that some people bought frozen in plastic bags. Yes, Lender's bagels came from New York, and they were moderately popular before the spread of bagel shops, but they were not really what you could call mainstream.

"Until the 1960s," said a New York Times article, "bagels were little known outside large Jewish communities in major cities. In 1951, The New York Times, in an article about a bagel bakers’ strike, thought it necessary to provide a pronunciation guide ('baygle') and define it as a 'glazed surfaced roll with the firm white dough.'"

During the 1980s, bagel shops spread to cities and towns all over America. By 1999, Americans ate more bagels than donuts -- though that may no longer be the case. As bagels became more popular, you could even buy them at Dunkin' Donuts. You could get green bagels for St.Patrick's day. Ham and cheese on a bagel lost its irony, even for Jews who had grown up eating bagels with lox and cream cheese for Sunday brunch. McDonald's Steak, Egg & Cheese Bagel Sandwich and other bagel items date from 1999 or earlier.  Over time, bagels became more user-friendly: softer and easier to bite, larger, slower to get stale, and easier to slice without losing a finger. (Some people bemoan the changes: I'll refrain from commenting on them.)

Most of my adult life I've lived in Ann Arbor, MI, home of Zingerman's Deli and Bakery, where bagels have been fetishized into a gourmet treat. However, I grew up in a predominantly Jewish suburb of St. Louis, MO, that just happens to be the home of Panera Bread, originally called the St. Louis Bread Company. Panera's now-mainstream bagels, though gigantic compared to the ones we ate when I was a kid, might just be related to the ones I ate back then. That was when ONLY Jewish people knew what they were and ONLY the few Jewish bakeries baked them. In fact, cookbook author Joan Nathan wrote that her father tested new neighbors to see if they were Jewish by offering them bagels and checking their reaction: puzzlement or recognition.

In sum, the general view of bagels has changed so much that buying bagels from a Panera at a rest-stop on the Ohio turnpike or from a Korean franchise owner in San Diego now seems natural to me.

Most bagel histories concentrate on the bagel's early existence in Poland in the Middle Ages, and on New York immigrant history, when the bagel bakers' union was powerful. I think the bagel's metamorphosis into a food that most Americans don't even recognize as ethnic is as interesting as the earlier history.

For more on bagel history, see Joan Nathan's article A Short History of the Bagel.
Posted by Mae Travels at 7:30 AM

Very interesting. I had no idea. Definitely remember that early Rival design.

I remember going to Cleveland to see the cousins in the 80s (and before) and we'd always get bagels on Sunday morning. They were huge, and so delicious, not like the bagel-shaped objects that were smaller and tougher that we had here. And now, not a problem to get a good bagel -- which pleases me immensely!

I need a new bundt pan -- the new ones are gorgeous! But I hardly use my crock pot, unless I'm having a party and need to keep something warm. I remember mom using hers all the time! I probably still have the original in the basement!

Hi Jeanie,
I think my aunt gave me a bundt pan BEFORE the Tunnel of Fudge success! So mine has the old, touchy "no-stick" surface that no longer works very well. I rarely bake any more except for blondies, so it's not a problem.

I wonder what kind of bagels you had in Lansing... when we got to Ann Arbor the only bagels available were brought from Detroit (actually, Southfield) only on Sunday. We soon had the Bagel Factory, which made the larger new-style bagels in lots of flavors. I knew a New Yorker, who wasn't even Jewish, who said of these new-style bagels: "I don't like them with fruit."

wonderful stories mae - I love the slow cooker story especially because a friend gave me her grandmother's cholent recipe which I love - and the history of the bagel is fascinating - they are so common now that it is interesting to hear about a time when they were little known outside the jewish community - though being popular means there are lots of poor quality bagels being sold in Melbourne but we have some that are amazingly dense and chewy.