Escoffier was a Neuroscientist 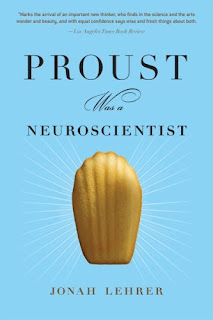 In 1907, approximately, the renowned French chef Escoffier invented tournedos Rossini, "a filet mignon served with foie gras and sauced with a reduced veal stock and a scattering of black truffles." The same year, a Japanese chemist named Kikunae Ikeda began a quest to understand the taste of Dashi, Japanese kelp broth. He found the same elusive taste in soy sauce, asparagus, tomatoes, cheese, fish, and meat.

Ikeda eventually identified glutamic acid as the underlying molecule for this taste. He claimed that a taste bud for this substance existed along with the widely recognized four taste bud types for detecting salt, sugar, bitter (or alkaline) substances, and acids. Ikeda's analysis showed that glutamate broke down easily, but that monosodium glutamate, a salt of glutamate, could be manufactured and used as a food additive to boost the delicious quality of food. He used the Japanese word for delicious, umami, to describe it. Though the substance became widely used, his science was doubted for almost 100 years: experiments in 2000 and 2002 finally confirmed that the human tongue has umami receptors.

Veal stock and its derivitive demi-glace sauce, are fundamental to Escoffier's cooking. These preparations are incredibly rich in glutamates. They evoke a deeply felt response, a sense of delicious quality, when used in the dishes he invented. His process for making veal stock develops the protein from veal bones and other ingredients, and dissolves the glutamate in the broth. Beyond this ingredient, Escoffier's innovations in serving food hot and in simplifying and separating dishes (instead of a huge decorative buffet service of elaborate presentations) brought out subtle flavors, which are more perceptible in hot, isolated sips or morsels.

The parallel story of the intuitive artist of cuisine and the analytical chemist begin one of the many fascinating chapters of Jonah Lehrer's Proust was a Neuroscientist. After describing these two fundamental discoveries, Lehrer describes current experiments in understanding what happens with the body and brain when one tastes. He presents the complexity of understanding the combination of objective and subjective experience. He suggests how Escoffier understood how to work with this challenging combination: to use the power of suggestion to make diners enjoy and appreciate their food. He also describes some recent experiments showing the subjectivity of wine tasting -- and exploding many claims to expertise.

Our neurological reality, says Lehrer, is that "When we sense something, that sensation is immediately analyzed in terms of previous experience." And "The fallibility of our sense -- their susceptibility to our mental biases and beliefs -- poses a special problem for neural reductionism. ... what we experience is not what we sense. Rather experience is what happens when sensations are interpreted by the subjective brain." (p. 69 and 70)

Further, individuals vary in their underlying taste (and smell) sensitivity to many specific substances. As people taste more things, the make up of their sensory apparatus changes: more odor receptors develop and sensory perception alters. Escoffier, claims Lehrer, realized this, and reacted, for example, by offering tasting menus so that individuals could develop their palates. Neuroscientists have codified what the culinary artist learned by another sort of observation.

In each chapter of his fascinating book, Lehrer contrasts artists' perceptions and insights against the finding of neuroscientists: two ways to often discover the same thing. Proust's depiction of memory, Gertrude Stein's experimental linguistics, Virginia Woolf's search to understand consciousness, and Stravinsky's use of shocking sounds all make for interesting material for Lehrer's chapters. Again I must thank my cousins Bill and Barbara for recommending a wonderful book.
Posted by Mae Travels at 7:24 PM

yet another interesting story -- great blog!