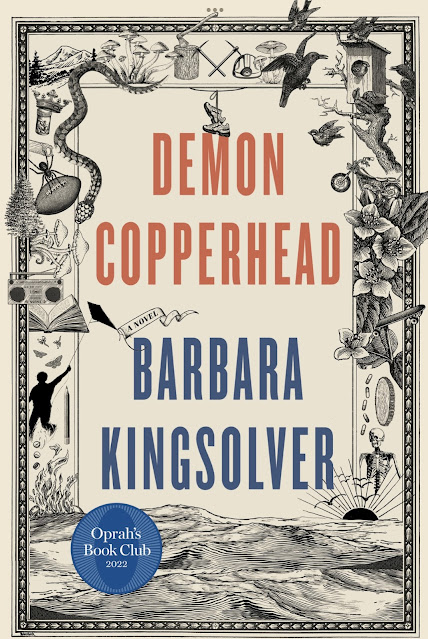 Charles Dickens was a genius, especially in his creation of vivid characters that are simultaneously general human types and perfectly individualized human beings. He was also a genius at highlighting the evils of  the conditions of life for ordinary people in his time. David Copperfield,  published in 1849, contains some of the most memorable of these accomplishments, especially the portrayal of characters such as Mr. and Mrs. Micawber, Uriah Heep, and David Copperfield’s nurse Peggoty. The book is famous for its penetrating treatment of issues of child welfare, exploitation, poverty, and desperation in England of that time. Along with Oliver Twist, the novel has in fact created a lasting perception of the painful realities of that era. The situations and personalities of these novels are unforgettable, an indelible part of modern culture. Both books have been turned into films and other dramatic re-creations in our time. Dickens’ deeply felt emotion at the pathos in these characters combines with satiric humor and penetrating insights into humanity to produce an unforgettable narrative. He could make a reader cry and laugh, almost at the same time.

In her new novel Demon Copperhead, Barbara Kingsolver has created modern parallels to a number of the characters from David Copperfield, as well as adopting some of the plot elements from the novel. Her invention involves a modern American setting and appropriate sociological observations of a town in western Virginia: a rural community full of victims who have been devastated by the loss of mining jobs, the decay of the community, and the lack of education or meaningful social services.

The character of Demon Copperhead obviously is channeling Dickens’ title character.  Many other Dickens creations are also reproduced in modern guise, including a couple named McCobb who are just as hapless as the original Micawbers. Kingsolver creates a suitably slimy figure similar to Dickens’ really icky Uriah Heep. Murdstone, the stepfather in Dickens becomes Stoner — equally bad. Kingsolver depicts the women who are beloved by Demon Copperhead as parallels to the original Dickens women, and she includes several other modern versions of characters from the classic novel.

The American social problems that drive Kingsolver’s plot include the heartless American foster-parent system for orphaned children, as well as the utter destruction caused by the prescription drug epidemic and the drug companies and reps that pushed many people into horrific addiction. The desperation of first pain and then addiction are depicted with great sympathy and poignancy, and this substantial part of Kingsolver’s writing is truly powerful. The characters’ awareness of the greed and shamelessness of the drug companies creates a very socially conscious narrative, which is a strength of the novel.

While I have enjoyed and admired many of Kingsolver’s novels, including this one, I don’t think she was able to come anywhere near Dickens’ genius at observation of details, creation of vivid individuals, his deep feelings for the fate of the characters, or his amazing dialog that in my opinion stuns the reader with its brilliance. The comparison would be unfair, if it had not been demanded by the author.

It’s been quite a while since I reread the original novel — so I’ll say no more until I read it again and can make more apt comparisons.

I've really liked many of Kingsolver's books also, (The Poisonwood Bible is on my all time favorite books list) but her last one (Unsheltered), was one book I couldn't even get through. Therefore I am a little uncertain whether to read this one. I'm not sure if Unsheltered was just an off book for her, or if her best writing days are gone. I'll be curious to see what you think after you reread David Copperfield. I'm with you about Dickens being a genius. Hope it's been a good week. hugs-Erika

You and Erika are reading geniuses. I read mostly mysteries and scientific white papers. I have never heard of Kingsolver, nor have I read Dickens, unless I did so in high school and forgotten him (Christmas Carol was on tv, so I didn't get the effect of his words). However, Kingsolver picked a good area of the country to use as an analogy. These are the poorest of the poor, with the possible exception of the Native Americans in the western states, where the children are often taken from their families and "given" to (placed with) whites who use them to their advantage. Thank you for this wonderful review.

I really enjoy Kingsolver's books so will probably read this one at some point. Thank you for the review.

I don't think a copy, even if inspired, is ever as good as the original. But the story line of her novel seems like it's important. And could have been tackled in a novel way (no pun intended).

We've read most of her books and enjoyed them. Will have to find this one and add it to our reading list.

Fascinating. Yes, it would quite difficult to live up to Dickens' genius. I was curious about this novel. Thanks for your thoughts!

I'm reading this one right now, so I look forward to hearing more of your thoughts after you reread the original. I am skimming your post for now, but I'll reread it after I finish the whole book.

I'm a Kingsolver fan and have already requested this one from the library so if I'm lucky I'll see it by the end of the year (new release, you know). I haven't read Dickens so the comparisons are non-existent for me. I appreciate your thoughtful review and the comparisons you see. Since she clearly modeled names after Dickens' characters, it seems evident that she's channeling that story in some way. I agree it's always tough to compare remakes or rewrites or 'inspired by' books or movies, and yet we always do. Hopefully you can still have a favorite (Dickens) and yet see value in her interpretation or version or whatever.... I'm looking forward to reading it.
Terrie @ Bookshelf Journeys

Sounds like an interesting book. I need to read Dickens. I started reading Great Expectations years ago but never finished it. I like to read A Christmas Carol at Christmas though. I have a book that summarises all of Dickens novels if that counts...

Have a great week ahead!

I wasn't sure about this one, but now that I read your review I have added it to my library TBR list.

Thank you for this review. You are a good writer. You definitely have reignited my desire to read Dickens' books again. I believe the last one I read was Little Dorrit about 10 years ago.
I've read a couple of Barbara Kingsolver's novels. I really liked "Prodigal Summer" and I rather liked "The Bean Trees" but "The Poisonwood Bible" somehow caused me to doubt my further choices. From your description, I probably won't read it. She creates extraordinary characters - I give her that. And he stories are very interesting. I just can't handle unresolved sadness, hardship, deceit and so forth.
I also don't like it when authors include current problem topics (climate change, abortion, illegal immigration etc) in their fiction. It's just too close for comfort. I want my fiction to be an escape. This is why I can read Dickens, because even though he might have been the Kingsolver of his day, it is so far removed from my world in time and place that I don't feel the pain. Also Dickens seems to have fairly redeeming people and instances that help ease it.

Can't wait until I have time to dig into this one! I am so swamped with Cybils novels-in-verse! Why do authors think someone wants to read a big long novel just because it's in verse? Ugh.

Yeah Dickens is hard to compare with. The Washington Post's critic said the Kingsolver book was the novel of the year. Is It? Or not that good?