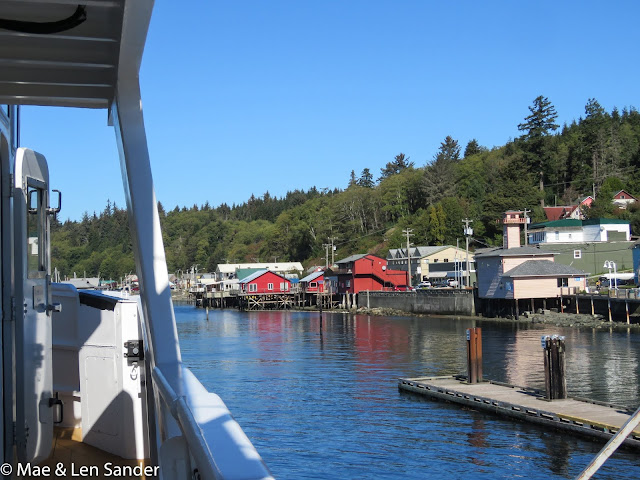 Alert Bay, a small town in British Columbia, is a cultural and social center for the Kwakwaka’wakw tribe of Canadian First People. About half the 1500 inhabitants of Alert Bay belong to the tribe. Our visit there last week was fascinating and highly informative. We began by walking along the shore from the dock to the U’mista Cultural Centre, a museum where we learned some of the history of the people and saw a magnificent collection of masks, rattles, and other ritual objects that were taken from the Kwakwaka’wakw in 1921 and recently returned.


"The Kwakwaka'wakw (pronounced: KWOK-wok-ya-wokw) of British Columbia have built a rich culture that reflects and acknowledges the riches in our natural environment. Our songs, stories, dances, and ceremonial objects honor the animals, rivers, cedar trees, salmon, and all those things that help to sustain the Kwakwaka'wakw physically and spiritually. Since a time beyond memory, the Kwakwaka'wakw have been hosting potlatch ceremonies and potlatching continues to play a central and unifying role in community life today." (source) 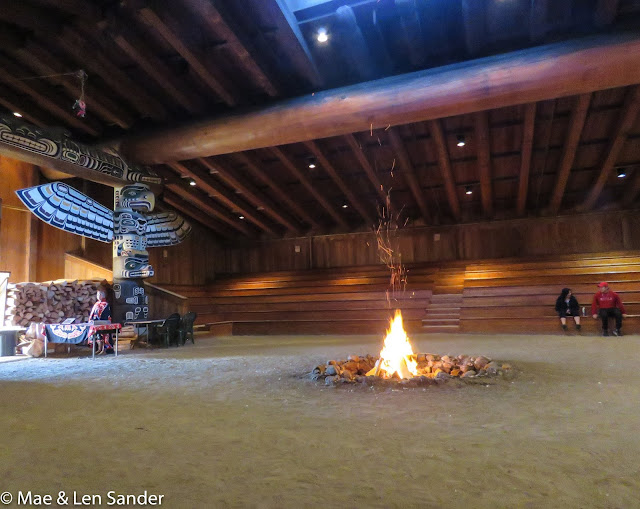 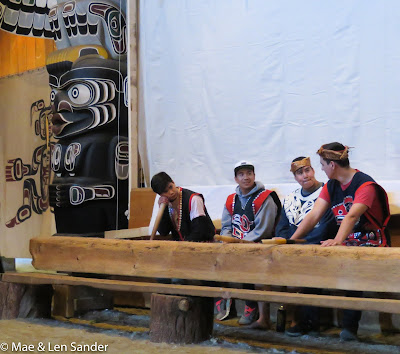 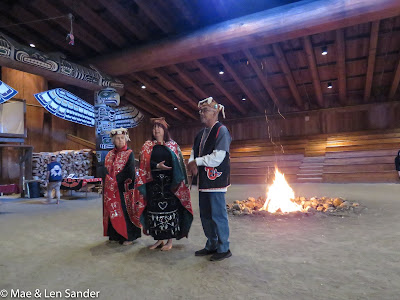 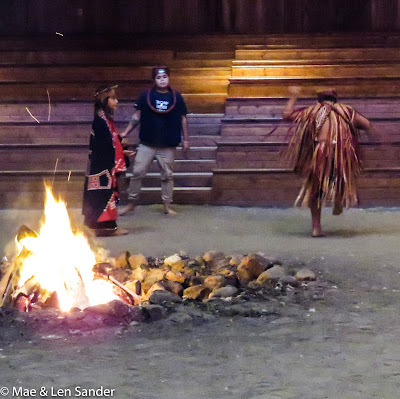 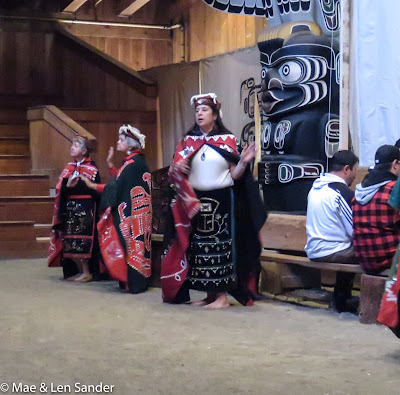 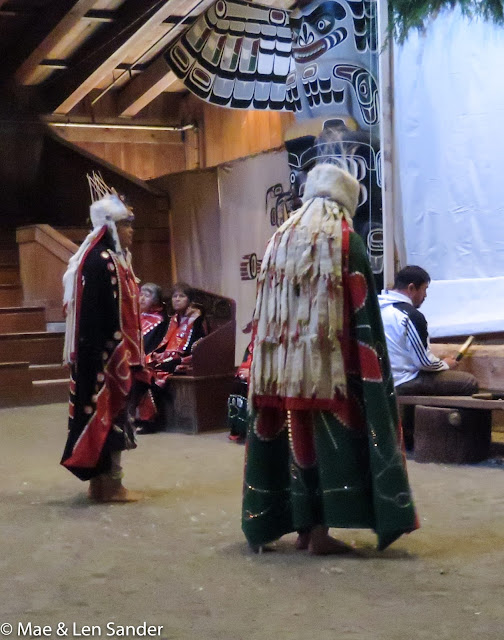 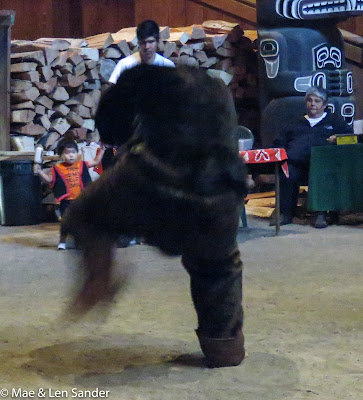 A Bit of Historic Background

The major cultural and economic institution of the Kwakwaka'wakw, who lived in Alert Bay and surrounding territory, was the potlatch. Before European contact, a potlatch reinforced tribal social structure, involving gift-giving, recognition of the status of chiefs and tribe members, and celebrations of life-cycle events. Although the Indians lived in villages, they did not practice agriculture, but relied on the rich resources of the seas and rivers (especially salmon and shellfish) and of the forests (especially cedar trees and forest game). The potlatch offered a method for exchanging goods -- food, weavings, and many other products -- between tribes, as well as a way for each chief to assert his rights over these resources.

After the arrival of Europeans at the end of the 18th century, the Indian population declined drastically as a result of introduced diseases and contemptuous exercises of power by the British-colonial authorities. Throughout the 19th century, potlatch ceremonies evolved, with more and more ostentatious gift giving, as well as outright destruction of goods. In 1885, at the urging of British settlers, the potlatch was outlawed, though it continued in some form for a number of years.

In 1921, after a Christmas potlatch that was considered illegal, the abusive officials confiscated -- or more accurately, they stole -- the Kwakwaka'wakw's cultural treasures from the Alert Bay Indian population. These 600 or so ritual items were first displayed in a local Anglican Church, an insult to the objects' tribal religious significance and to the tribal practice of keeping them hidden except when in ceremonial use. Subsequently, the officer in charge of Indian Affairs and the police chief sold the collection for their own profit.

Eventually, these sacred objects were dispersed to to museums and collectors in Canada and around the world. Exceptionally, in the late 20th century, legal action and moral pressure succeeded in having a substantial number of items returned to Alert Bay from major museums in Canada and the US and from some collectors. The Cultural Center was built in the 1980s to house and preserve this collection. Today, several hundred items can be viewed here.

Potlatch ceremonies resumed when the ban was lifted in 1951, and continue at present. The Kwakwaka'wakw have restored the potlatch's ancient significance as a way to reinforce tribal social and economic relationships, though the museum's items are not used in the rituals. However, many tribe members believe that these items should be returned to the original families rather than possessed collectively by the museum.

The potlatch both now and historically is a complex and frequently discussed subject, studied and documented by generations of scholars. "The events, particularly at their most extreme in the 19th century, became a staple of anthropology textbooks (which referred to the Indians as the Kwakiutl) and helped inspire Thorstein Veblen’s theory of conspicuous consumption." (Quote from: "Tips From the Potlatch, Where Giving Knows No Slump." Other sources: "The History of the Potlatch Collection," "Arson imperils the cultural heart of Alert Bay," "The Potlatch Ban," "Nortwest Coastal People," and the "Center for the Study of the Pacific Northwest.")

One mask on display in the museum has a particularly interesting history. French writer André Breton (1896-1966) purchased it in 1964. After his death his extensive collections of tribal art were being sold, and the presence of this mask came to the attention of the people of Alert Bay from whom it had been stolen. "In 2003, his daughter, Aube Elléouët-Breton, travelled to Alert Bay to return the headdress - and make a $40,000 donation. She was greeted with a joyous celebration at the Big House." (source).