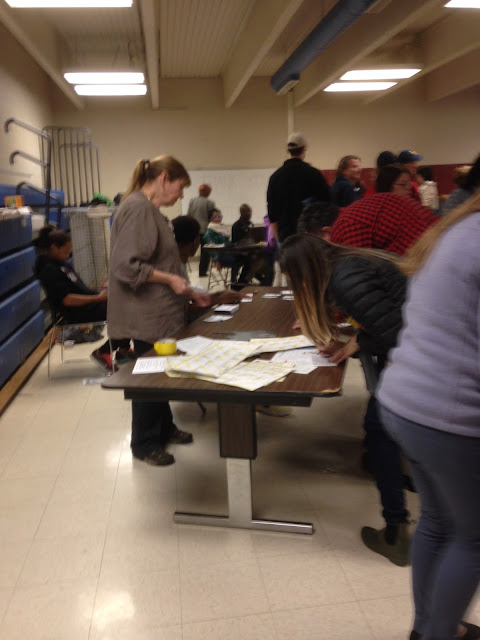 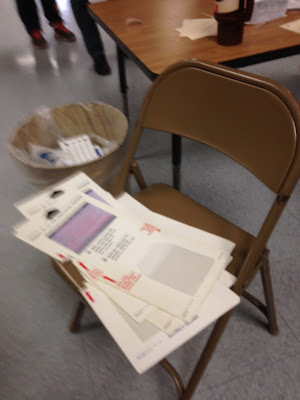 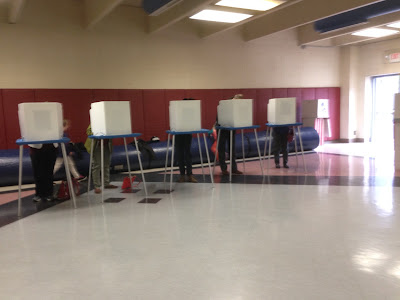 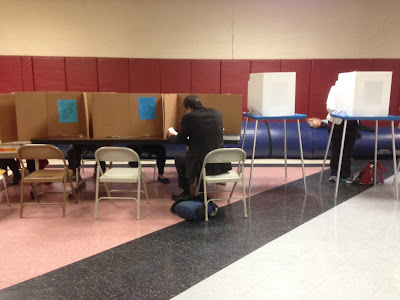 The line took around an hour for us, and appeared to be getting longer while we were waiting. The bottleneck was the slow rate at which the clerks could look up the voter registration info, compare it to the voter's filled-out request to vote, and then record the ballot number in two places. Many of the voting booths, as shown, were unused most of the time, because voting took less time than getting a ballot. I have no idea what if anything the authorities could do to improve this situation.

Thanks for posting this. Holding my breath...