Curnonsky (pseudonym of Maurice Edmond Sailland,1872-1956) and Marcel Rouff (1877-1936) were gourmands who traveled around France in the early 1920s and wrote a series of guidebooks. The following illustrations are screen shots of a few that have been for sale on the internet ... most of them no longer available. I'd love to see some of these guides and read about the "culinary marvels and good inns of France." 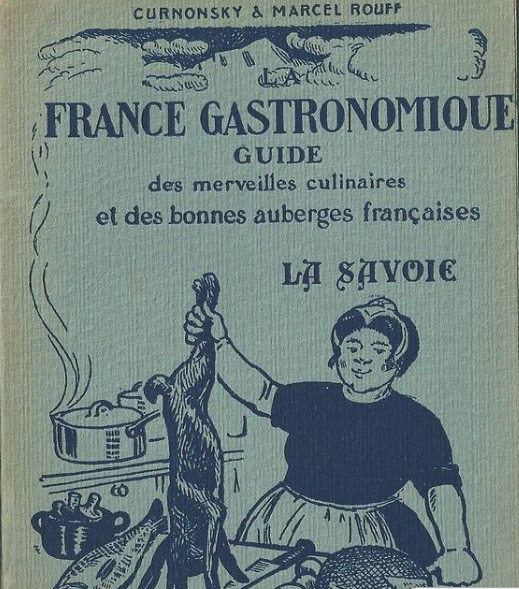 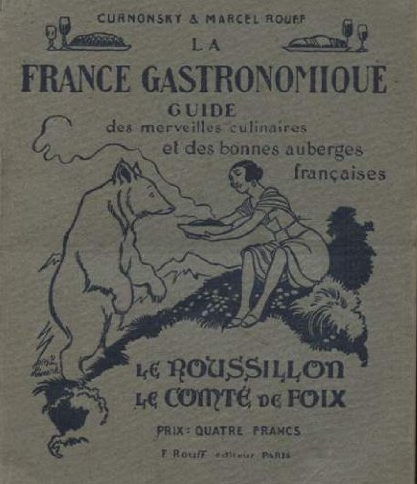 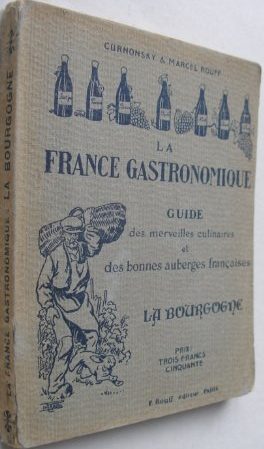 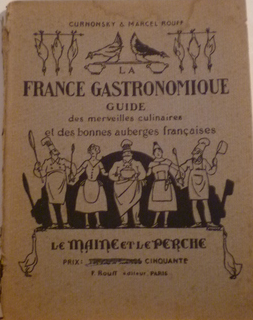 During my recent research on Edouard de Pomiane's cookbooks and culinary influence, I came across Curnonsky in various lists of cookbooks and especially because of Curnonsky's election as "Prince of Gourmands" and because of his many accomplishments after his travels and publications with Rouff. I might follow up by studying more of gastronomic history between the two world wars.
Posted by Mae Travels at 10:45 AM