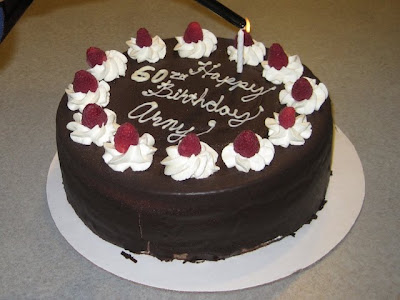 We celebrated Arny's birthday a little early (it's really next week). Evelyn, Tom, Miriam and Alice arrived just as we were finishing our share of the stuffed vegetables -- as depicted yesterday. Alice explained that she'd had some pizza at their rest stop already, though, so she just wanted bread and butter. Evelyn and Tom were ready for vegetables after the long and nerve-wracking drive on the crowded roads. We all ate chocolate mousse cake that Aparna had ordered from the local Saturday Bakery. Delia had been waiting to see them all day. 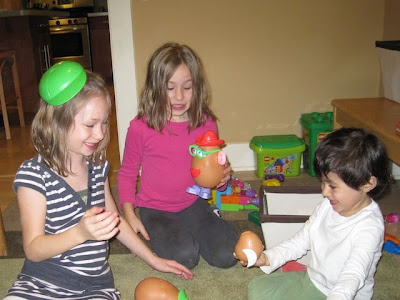