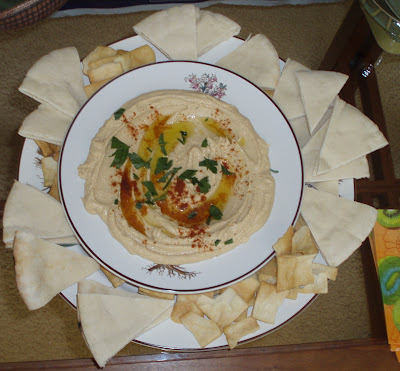 Our hostess for dinner this evening created a fabulous and very interesting meal from the book Aromas of Aleppo: The Legendary Cuisine of Syrian Jews. Each course was both beautiful and delicious.

To start, we had hand-made hummus flavored with red pepper, olive oil, and fresh garlic. Both crisp and soft pita bread was just right with this. 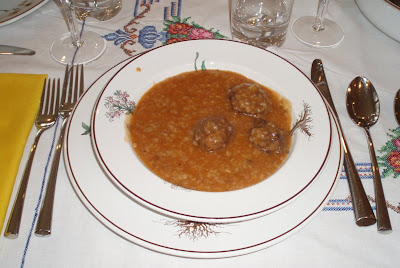 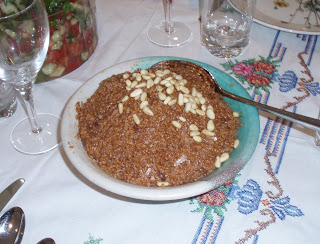 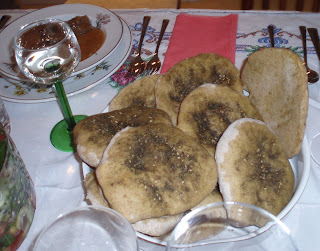 A thick, tasty soup included meatballs made from meat and rice. The cookbook author's description of Syrian Jewish food, our hostess explained, indicated that this cuisine was particularly meat-centered. 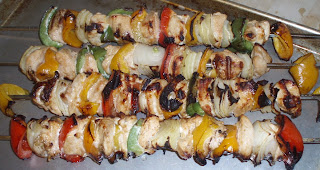 Next, a bulgar wheat salad had pine nuts and tamarind flavors; a chopped salad was similar to Israeli salads -- not surprising, since the Jews of the Ottoman empire (which included Syria) were a big influence on current Israeli food traditions. Also home made from the book's recipe: zatar-sprinkled flat breads with olive oil. These, too, are similar to traditional Israeli pita breads.

Although it was a rainy and rather cold evening (spring has definitely NOT come to Ann Arbor this year!) our dedicated hostess cooked the chicken and pepper kabobs over charcoal outdoors -- another success from the book.

Finally, for dessert, she made Syrian crescent cookies rolled around date, apricot, and poppy seed fillings and served with fresh fruit. 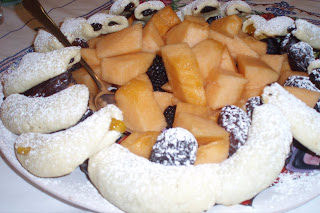 The cookbook, which was published last summer, is very large and filled with beautiful photos. It's been on my list for a while, but I'm not brave enough yet to try these recipes.