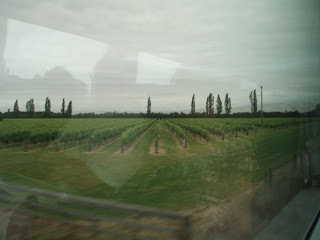 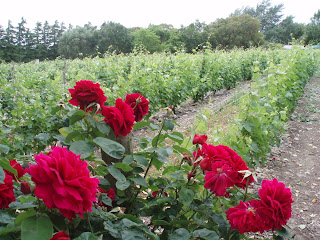 The most famous and largest wine-growing area in New Zealand is Marlborough. We saw the vines as our scenic train went through that area on Thursday. A smaller, and more boutique-like wine area is near Wellington: Martinborough. We toured there on Wednesday. Interestingly, the vines in New Zealand all seem to be planted in open, flat fields, rather than on hillsides like French vineyards. 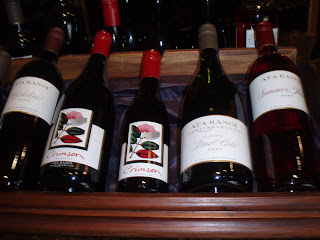 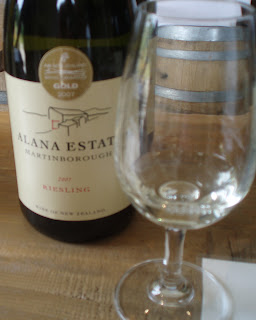 Throughout our tour, we enjoyed the atmosphere of small, owner-run wineries, including lunch at the Alana winery. At the Schubert winery, we found the German-style wines quite appealing. Our favorite wines were from Ata Rangi, where a pinot noir and a dessert wine were the best we tasted. Unfortunately, neither of these are exported. The dessert wine, in fact, is sold only at the winery. Current airline travel being as it is, we aren't in a position to bring any back with us, either.

Our guide, Murray, told us quite a bit about the history of New Zealand wine, which started in the 1980s when Britain joined the Common Market and virtually discontinued importing bulk foodstuffs from New Zealand. 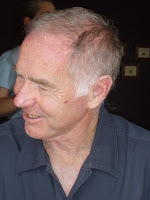 The sheep farms, cattle farms, dairies, and other farms suddenly had to rethink their commodity production -- which they had depended on for over 100 years, since the invention of refrigerated ships. Value-added agricultural products were an obvious solution. Sheep pastures became vineyards. Dairies began to make specialty cheeses. Murray says as a boy, he never tasted an olive. Now olive orchards are beginning to make a variety of high-quality olive oils. The agricultural region is quite beautiful.
Posted by Mae Travels at 3:45 AM