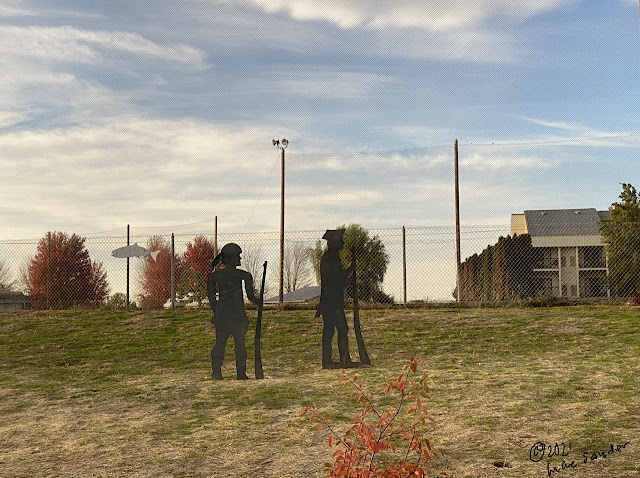 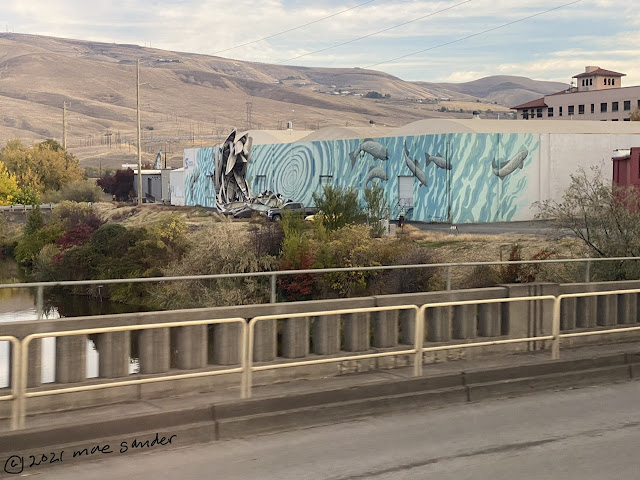 My recent trip on the Lindblad/National Geographic Quest left me very curious about the Native Americans who once lived along the Columbia and Snake Rivers where we traveled, particularly about the many tribes who were encountered by Lewis and Clark during their expedition of 1804-1806. Traders, trappers, and other Europeans had already made contact with the numerous tribes of the region; Lewis and Clark also were responsible for trying to explain to the Indians that they were now part of the United States, to which they were encouraged to become loyal. The expedition also had a mandate to learn about Indian culture, as well as to explore and map the newly acquired Louisiana Territory from St. Louis to the Pacific coast in Oregon. Lewis and Clark in fact did all these things.

“Because Lewis could handle clothing and observe it with his keen naturalist’s eye, he filled his journal with words about moccasins, leggings, shirts, robes, and ornaments. Every piece of clothing, and often its method of construction, was described with his typical attention to detail. But no article in the Shoshoni wardrobe so captivated the explorer as the ermine tippet given to him by Cameahwait. Lewis described it as ‘the most eligant peice of Indian dress I ever saw.’”

Thus wrote James P. Ronda in Lewis & Clark among the Indians. Yesterday, I wrote about some of the food observations in this book, and now I would like to introduce some of the other examples of material culture that the author describes. First, some examples of ermine head coverings.

More images from the museum in The Nez Perce National Historic Park near Lewiston, Idaho. 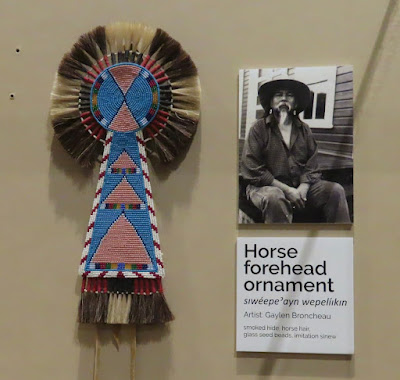 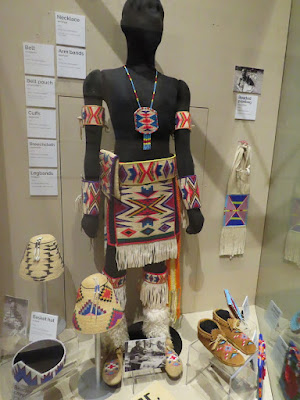 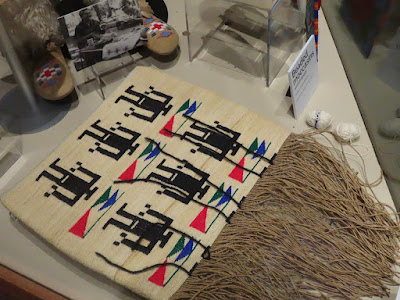 Very little about Sacagawea was said in Ronda’s book. In a note at the end, he explains that while this very famous woman contributed to the success of the expedition, her role has been mythologized and greatly exaggerated. The story is irresistible: of how she was kidnapped from her tribe and became the property and wife of Charbonneau, a French trapper and interpreter, and how she then accompanied Lewis and Clark while her infant son Jean Baptiste rode on her back. Several fictionalized versions of her life also stated that she lived a very long time, while she actually died at about the age of 25, not long after the expedition. Ronda writes:

“Perhaps the most persistent Lewis and Clark myth is that Sacagawea ‘guided’ the party to the Pacific. In countless statues, poems, paintings, and books she is depicted as a westward-pointing pathfinder providing invaluable direction for bewildered explorers. In the interest of correction, there has been a tendency to underestimate Sacagawea’s genuine achievements as a member of the Corps of Discovery. Not as important as George Drouillard or John Ordway, the young woman did make significant contributions to the expedition’s success.” 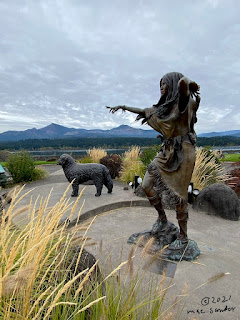 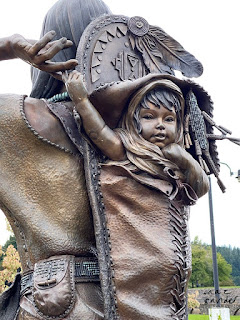 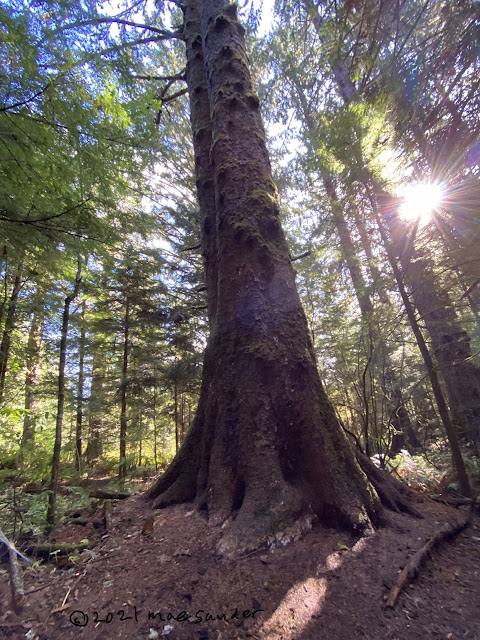 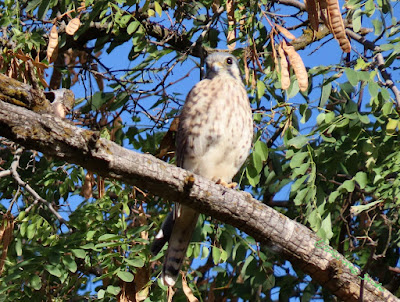 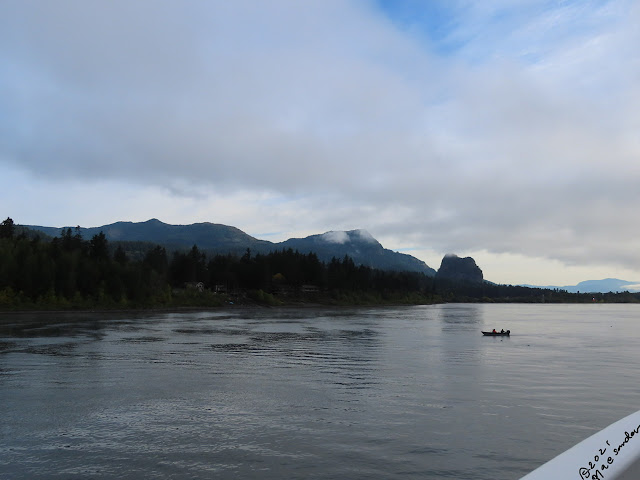 This is all quite fascinating. I have the diaries on my shelf and I think it's time to reread them. At present I am reading about the circumnavigation of the world by Ferdinand Magellan, and it makes you appreciate the extent to which these early explorers were explorers in the real sense of the word. They had no idea what was around the next bend in the river, or whether they might sail off the end of the Earth. Your photographs are stunning and the narrative captivating.

I really enjoyed reading about the Native Americans that Lewis and Clark encountered. I also love the photos you shared from the museum. This was quite fascinating and beautiful. That's also a great mural and beautiful sculptures/statues of Sacajawea.

Thank you for sharing this part of your history. The last statue is almost lifelike.

This is interesting.
There also was a The Simpsons episode featuring Sacagawea!

Great post Mae with a bit of history about the region.
Wonderful that the guides wore traditional hats.
The mural is beautiful, thanks for participating in Monday Murals Mae.

Very interesting, Mae. I wrote about her too: https://bertiebo.blogspot.com/2021/03/sacajawea.html

@Bertiebo -- I read your post, which was about a fictional version of Sacagawea's life. The authors of the book I read were more focused on the historic record, so it's not quite as dramatic.

What beautiful, intricate work on those accessories. The mural is beautiful, too.
Thank you for sharing the history and all these related images too, Mae.

Interesting post! The culture of the native people is always intriguing.