Lunch today: Dixie Bones BBQ in Woodbridge, Virginia. The owners are from Alabama, so that's the style they follow. 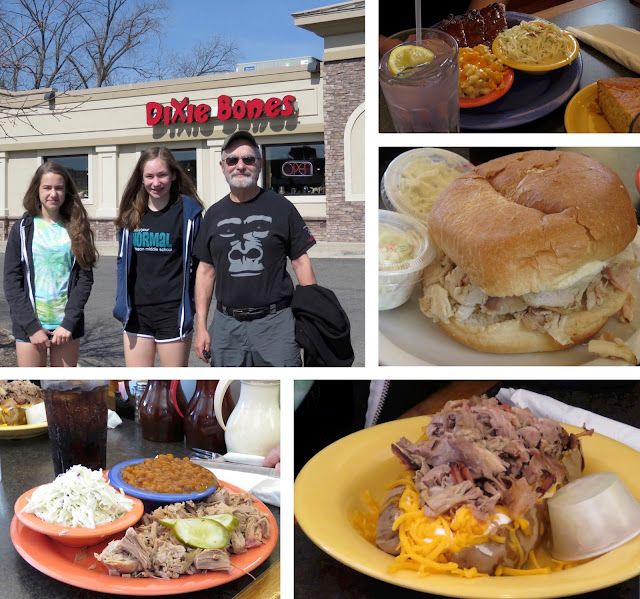 The four of us ordered as many different things as we could: a pork shoulder BBQ plate, ribs, a giant stuffed pork potato (with cheese etc.), a pulled chicken white meat sandwich, and several sides. After tasting all around, we generally think the ribs were best. The slaw, baked beans, corn bread, and mac-and-cheese were all good too. A classic BBQ sauce, a white BBQ sauce for chicken, a vinegar BBQ sauce, and a tomato-BBQ sauce added variety to our tasting. BBQ research goals accomplished! 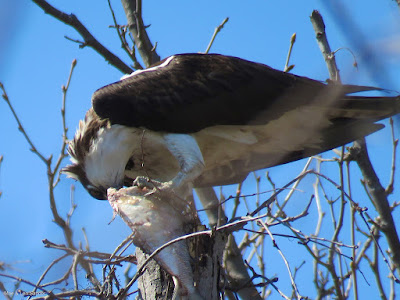 After lunch we walked in the Occoquan Bay National Wildlife Area, where many ospreys were fishing. This one was perched in a tree eating his catch. At one point we saw an eagle chase an osprey that had caught a fish. 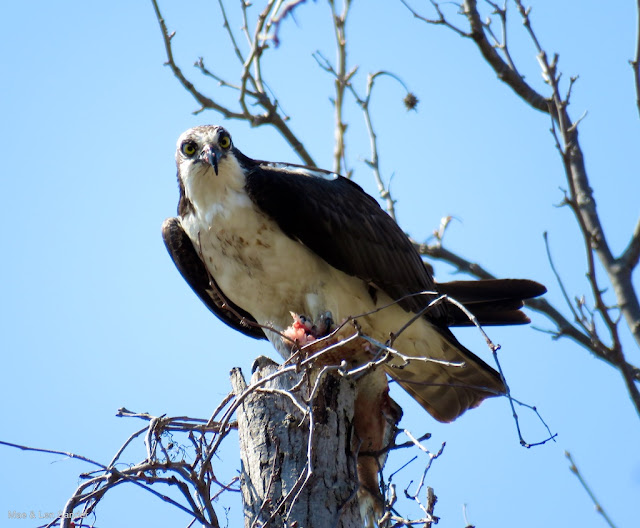 While walking we enjoyed the early-blooming white trees among the still-bare ordinary trees. 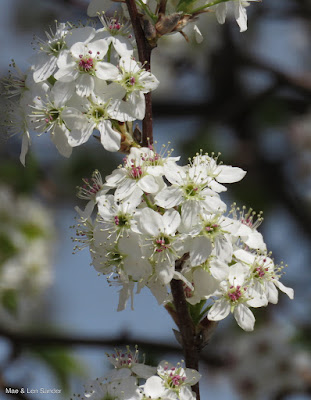 Good job on doing the research! Everything looked good. And lovely to see trees in bloom again.

You have me craving bbq now! Great pics of the osprey too.

Looks like a substantial meal all right! Cheers from Carole's Chatter

It all sounded good, though I do wonder about the pork, etc. and how it was raised. Lately I've been eating mostly veg, fish or tofu when in restaurants.

We in Kansas City are partial to barbecue :) This looks like a great spot!

Looks like a great day out. Love the osprey shot!