Another visit to the Farmers' Market

I'm a very faithful customer of the Santa Barbara Farmers' Market, which meets at different places on different days. The biggest market is on Saturday morning in a commuter parking lot downtown. The Tuesday market is set up on State Street, the main commercial downtown street (just a few blocks from the Saturday market). Other days, the market meets in a shopping-center parking lot in Goleta, in Montecito, in Carpinteria, and in Solvang, all smaller towns in the county. I've been to Goleta and Carpinteria, which don't have as many vendors as the downtown markets.

The organizing body is made up of the farmers and others who sell at these markets, so you see the same faces rotating through all the different markets. The range of produce is amazing, because these growers come from so many different climate zones. Farms within Santa Barbara and quite nearby grow strawberries, avocados, and a few other crops. There are pistachio, walnut, and almond growers inland in locations like Ojai. Dates are brought in from the desert. Olive oil comes from olives growing not far from here. Yesterday I saw the first ripe figs from the Central Valley, which also produces conventional produce like raspberries, broccoli, onions, radishes, leeks, herbs, corn, garlic, tomatoes, and so on. Elsewhere, orchards produce apricots, peaches, plums, and more exotic fruits. Vendors come as far as several hours to these markets each week.

A few photos from yesterday in downtown Santa Barbara: 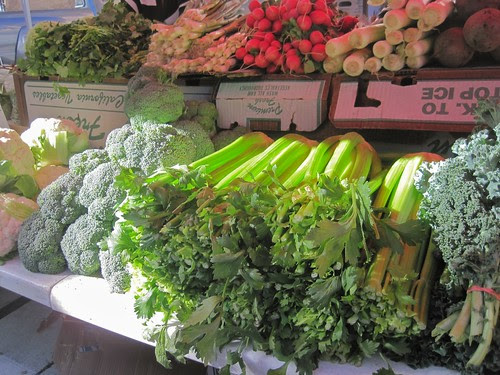 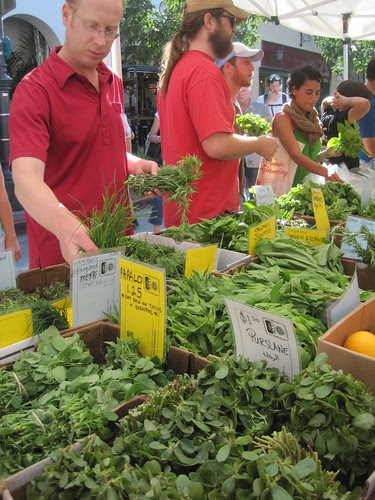 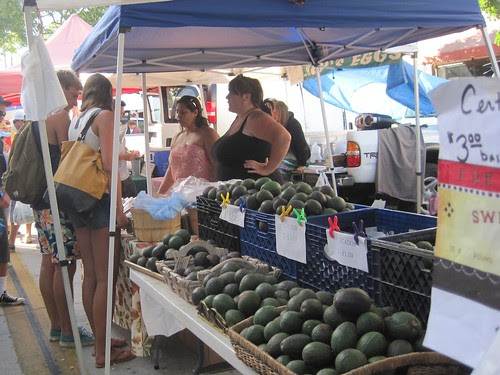 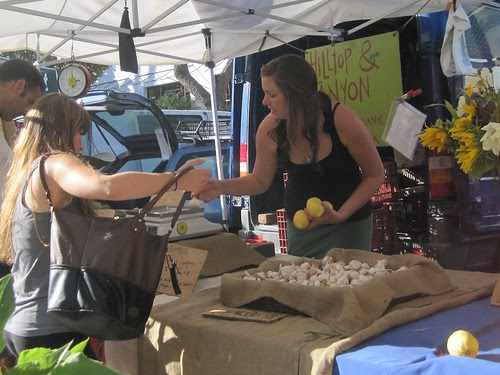 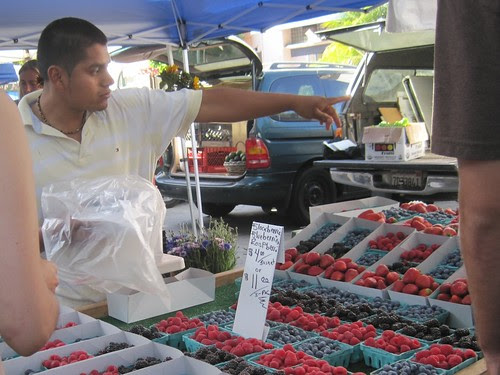 I really enjoyed looking at your pictures. Thanks for posting and for the reminder that I haven't been to the farmer's market in ages.

Now that's what I call a Farmers' Market, Mae. What an abundance of foods. It never ceases to amaze me to see what truly is produced in the good ol' USA!

Thank you so much for sharing...