The market in Soufriere, the town closest to us (population around 11,000) offers local produce from very small farmers -- mainly people who grow a few vegetables in their back yards. Farmers with more land sell at the larger markets in other towns. Some of the market sellers have just a small piece of cloth with a pile of yams or green onions; others have tables with umbrellas; I did not see any stalls as large as those at the market at home. The most crowded time was early in the morning, we were told, but there were still many sellers and buyers when we arrived at around 8 AM yesterday morning. 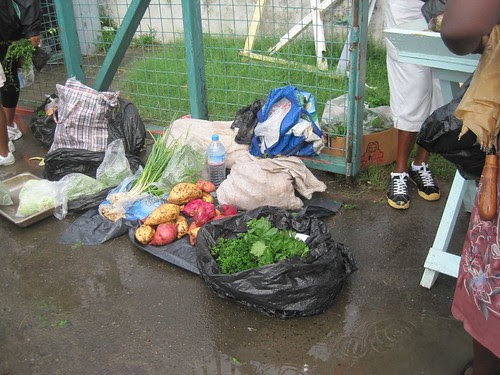 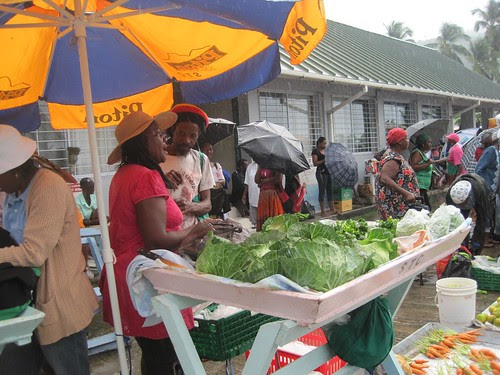 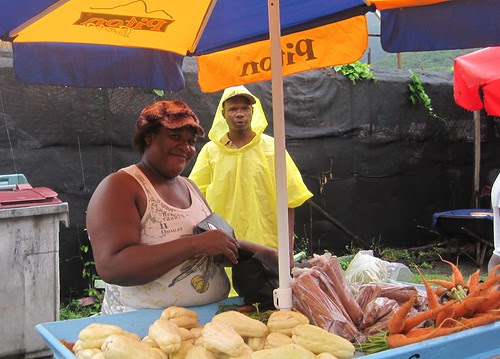 A few people were bringing animals to be cut up by a butcher with a machete. The crowds were especially dense around this area, buying goat meat, pork, and fish. Normally the market is on Saturday, but today is Christmas so the market was yesterday instead; we think that meat was especially popular for the holiday. 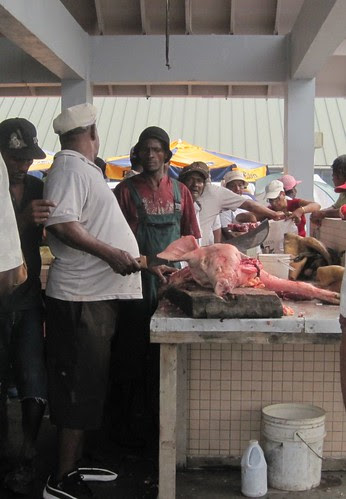 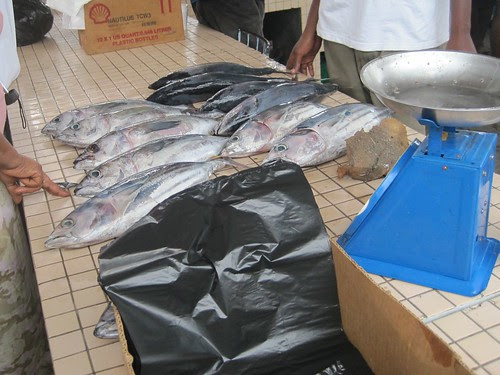 While we were walking around the market with Bonny, our cab driver, there was a heavy rain shower that made everyone gather under the one or two large open-air shelters; when the rain slowed down, they all went into the open air again. The market is right by the sea, and of course one can see the tall volcanic piton, St. Lucia's most distinctive landmark, beyond the bay from there.
Posted by Mae Travels at 7:53 AM