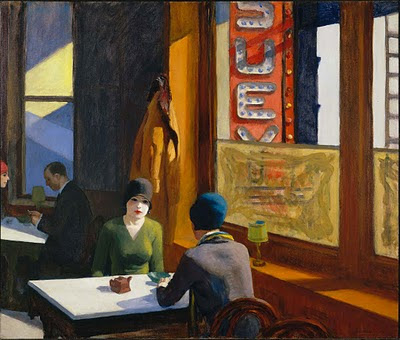 In writing my recent lecture titled "Who won the war between gefilte fish and chop suey?" I learned just how much of an icon chop suey once was in America.

For over a century, "chop suey" was synonymous with Chinese food. A Chop Suey House meant a Chinese restaurant. Other dishes were there for the adventurous diners, but most Americans ate chop suey or chow mein. And maybe soup or an egg roll.

This was the case by the 1890s when Chinese food and all things Chinese became very popular. It continued through the 1920s as chop suey restaurants opened from coast to coast. In the 1940s with China an ally, chop suey was so mainstream that it appeared in the US Army Cookbook. And it didn't end until the 1970s when regional Chinese food such as Hunan and Szechuan cuisine became more dominant.

The details of this history are complex -- the claim that chop suey was invented in 1896 by a Chinese diplomat is an urban legend, as is the claim that it's a joke that Chinese cooks played on Americans. The dish is really a descendant of Cantonese home cooking as documented in the book Chop Suey by Andrew Coe. More on that in a future post.

Chop suey was so culturally embedded that it appeared in all kinds of popular culture. Hopper's picture "Chop Suey" (right/above) is an expression of the amazing popularity of Chop Suey restaurants.

A number of popular songs of several eras from the jazz age to the present mention it as well. Here's a list of the chop suey songs I'm aware of:

When I was a kid, I went around the house all the time singing Flower Drum Song (all of it, and "Chop Suey" in particular.) Chop Suey, chop suey. Good and bad, intelligent, mad and screwy!"

GREAT article Mae. I've been contemplating celebrating "Chop Suey Day" on August 29th (the supposed date of Li Hung Chang's "invention") but, I just couldn't document my notes. It appears, you have done a wonderful job so, I'll just save this link for future reference.

My take on the whole "urban" legend is, it was probably an advertising ploy to use the ambassador's name:) That's what I read at the LOC anyway:)

Thanks for working up this post Mae. I enjoyed it immensely:)