A serious scholar of Mona Lisa parodies and of the works of Marcel Duchamp recently wrote to me to inquire about the publisher of some Mona Lisa greeting cards and ads I've posted at various times. He's writing a book about Mona Lisa with a mustache. That's his specialty. I'm going to try to find them in my disorderly collections, but really -- I'm not serious! I don't collect Mona Lisa items, in the usual sense, I just assemble things that amuse me. I respect seriousness but don't share it. I understand why I can't say "it's just an ad I cut out of some magazine."

Marcel Duchamp is a good role model. He spent many years pretending to do nothing but play chess, which he evidently did very well. Meanwhile he was secretly creating a very strange and maybe profound work of art that's now in the Philadelphia museum titled: “Étant Donnés: 1. La Chute d’Eau, 2. Le Gaz d’Éclairage.” Was he really that serious? Was he serious when he signed R.Mutt to a urinal and submitted it to an art exhibit? And when he did similar things with other "readymades"?*

Towards the end of his life, Marcel Duchamp remade new editions of his original readymades, since the ones from the 19-teens had been lost. Instead of using a readymade urinal, he had a professional ceramicist make a model -- so it wasn't really readymade, but was "really" a work of art. (I guess.) He sold these for rather large amounts of money. I prefer to think of this as another joke he played on the Art Market. Actual scholars may view things differently.

In the spirit of fun with which I've been randomly assembling and never cataloging Mona Lisa items, I ran around the web and found some mustachioed Mona Lisas. I know there are many more, this is really RANDOM! And I'll be doing a second post if I find some more in my bankers boxes full of Mona Lisa items. Meanwhile, here are my web findings, just for fun: 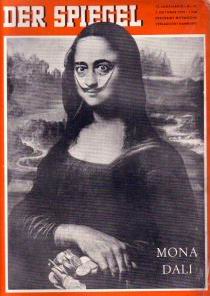 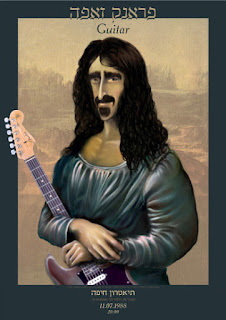 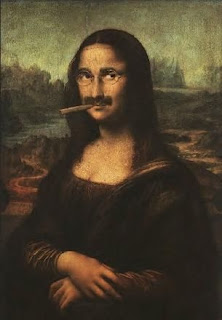 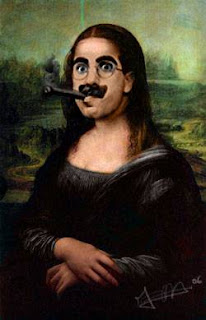 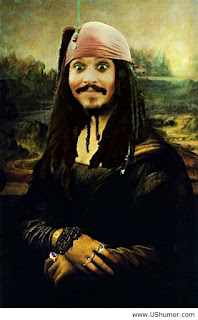 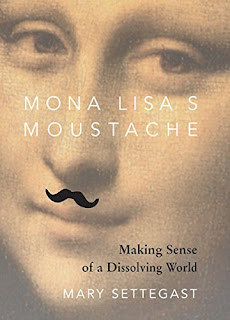 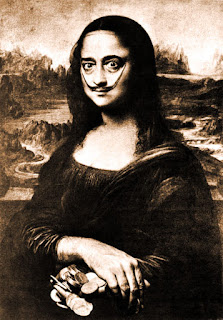 *For a description of the Marcel Duchamp works in Philadelphia, see: "Landscape of Eros, Through the Peephole" from the New York Times archive. We have visited that museum and seen them a few times. Memorably a museum guard watching them once captured their spirit perfectly. He said "Marcel Duchamp was a piece of work."
Posted by Mae Travels at 8:24 AM

I certainly agree that Duchamp's later editions of readymades (urinals, snow shovels, bicycle wheels ...) are a multi-dimensional joke on the art world and its values.
As another example, Donald Judd sends blueprints to a carpenter shop to have a box sculpture fabricated.... suppose he orders six to be made...they are shipped to a gallery and sold for $75,000 each. But the carpenter, having an art world sensibility, fabricates a seventh for his own collection. Walter Benjamin would tell us that the seventh lacks the necessary aura of the first six... it is just a wooden box of no intrinsic value beyond the material ($25) and two hours of work by an ordinary carpenter ($50).
No use complaining of this x1000 multiplier... that's just how it is.