April Fool! That's what you hear all day if your friends, fellow students, or colleagues like to play harmless practical jokes on one another.
In France, the joke for April Fool's Day involves a fish. Besides just trying to make a victim believe a fiction or perform a silly act, many people, from carefree school children to plodding office workers, try to stick a sign with a fish on the back of an unsuspecting person. They send the "fish" to do something preposterous while those who are in on the joke enjoy the potential embarrassment. Eventually victims notice the sign on their back or realize that everyone is laughing at them. Like many Americans who are in France on April 1, we were originally quite surprised to find out about this custom.

French candy and bakery shops get into this act by selling chocolates or pastries made to look like fish. Seeing displays of fish-shaped chocolate in the attractive windows of chocolate shops was another surprise for us when we were in France during the last weeks of March.

Here are examples of chocolate fish -- poissons d'Avril -- sold by leading, and expensive, French chocolate makers this year, and advertised on the web: 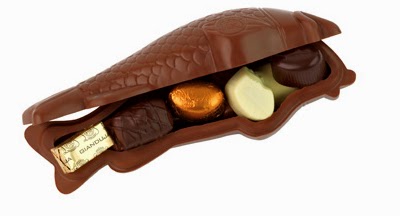 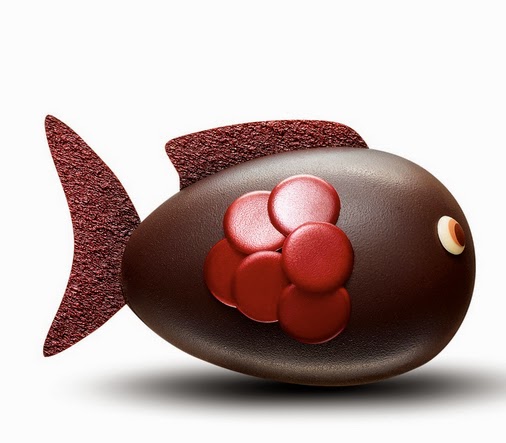 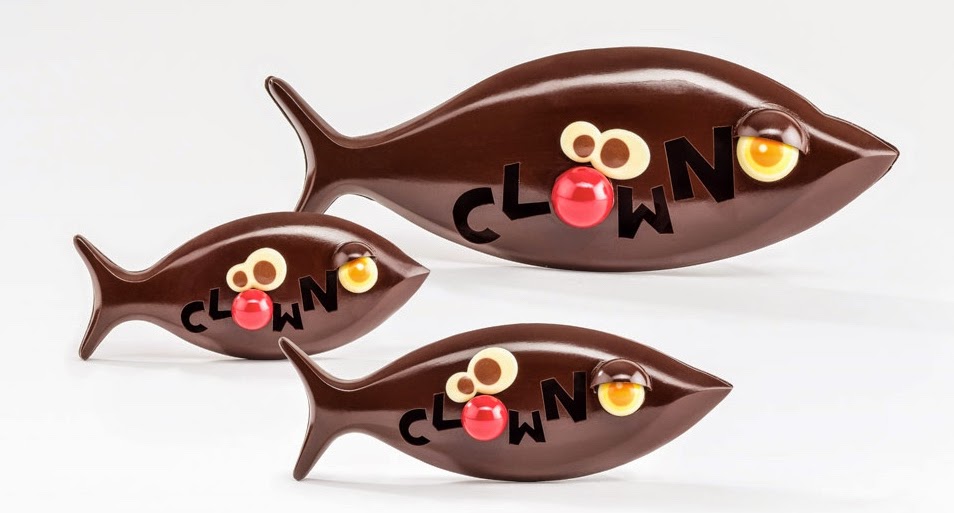 Historically, April Fish jokes started centuries ago. Several different historical accounts offer different explanations for the custom -- for example, an article titled "Origine du poisson d'avril" presents at least 4 claims. The most believable origin story involves the changeover in 1564 of the New Year to January 1; prior to the reign of Charles IX the change from one year to the next had been APRIL 1 ! Some people, the story goes, insisted on continuing to celebrate the New Year on April 1:


"From force of habit, people at first went on giving little presents on 1st April; then they gave presents designed to cause amusement, and to heighten the joke they started playing practical tricks. One of the most popular was to send a gullible person off to buy fresh fish, assuring him that the law [prohibiting fishing during the spring spawning season in late March-early April] had  been changed... The victim would set off for the fish market, blissfully unaware that he had a paper fish pinned to his back so that everyone could see he had been fooled. Only a very stupid person would expect to buy 'April fish', and the joke ended with merry cries of 'Poisson d'Avril.'" (History of Food by Maguelonene Toussaint-Samat, p. 314)

While the stories about the change to New Year's may be the most plausible explanation, they also raise a lot of questions, according to "The Origin of April Fool's Day."

I suspect that the April Fish custom itself is a kind of joke on us: we'll never know exactly how it came about.

I don't think I'd be embarrassed by having a fish stuck on my back, but I love the postcard at the top of your post - it is adorable.

I have to remember to surreptitiously pin a fish to Rick's back today!

Great images in this post -- postcard and the chocolate!

As long as the chocolate fish doesn't taste fishy, I'd enjoy it! I've never been an April fool-er, myself, but I did enjoy your post about April Fish!

Marjie --- I think the chocolate fish are fish in shape only. No fish flavor!
Jeanie --- check out the link to the page with lots more cards, which are like many that you collect.
Cakelaw -- I think you would get used to it if you grew up there.

It seems completely natural to me - That may be the only part of French culture I absorbed more than you by being there at 7.

This is so interesting! I had never heard about the fish/April Fool's Day connection before. Thank you for sharing :)