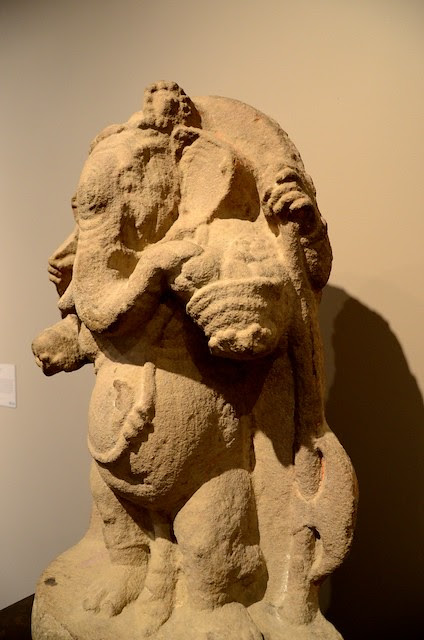 First, here is Ganesha the elephant god eating sweets from a basket with his trunk. The documentation on this 6th century sculpture explains that he once ate so much that his stomach burst, and the moon laughed at him. So he threw one of his tusks at the moon -- many Ganesha statues thus show him with only one tusk.

This 13th century fertility goddess is holding a bunch of mangoes, which represent abundance and auspiciousness. The mango is a native Indian fruit. We spent several hours at the Norton Simon museum today looking at sculpture from the Indian subcontinent, including both Buddhist and Hindu art. 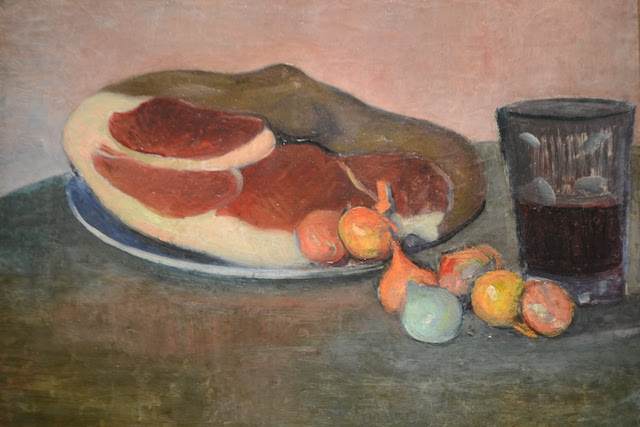 Besides its excellent collection of Asian art, the Norton Simon has many beautiful European paintings and a large collection of Degas sculpture. I found two still-life paintings unusual. Above is one by 19th century Dutch artist Jacob Meyer de Haan. I like the large piece of ham. And below Manet's "Still Life with Fish and Shrimp." 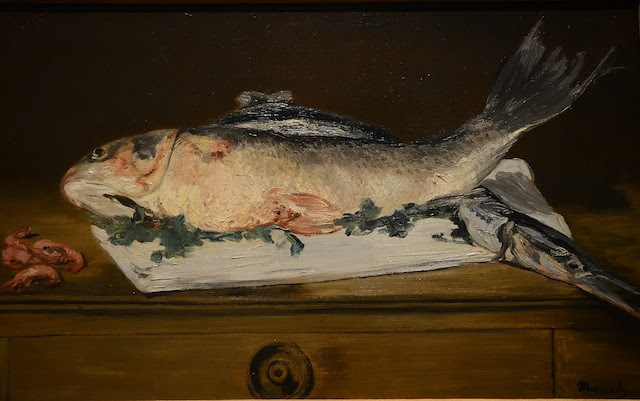 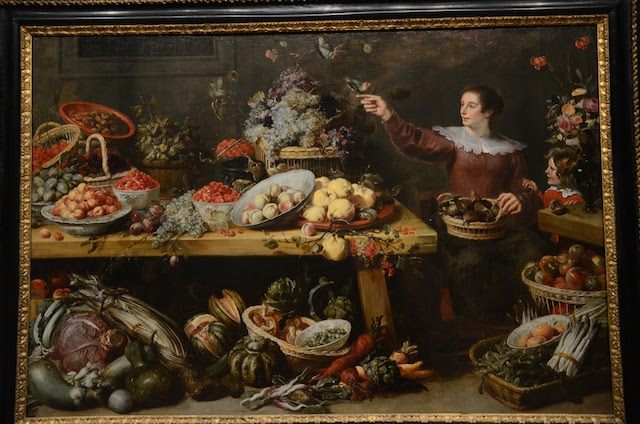 Finally a huge painting of a vast number of fruits and vegetables by Frans Snyders. It goes without saying that we also enjoyed a number of works of art with non-food themes. Len took all the photos with his great new camera.
Posted by Mae Travels at 12:59 AM

Yes - food in art, art as food, food as art - they are often depicted together since our "senses" gravitate towards sensual and pleasant things. I write about how art inspires a meal or vice versa - www.artepicurean.blogspot.com

Now this is a cool post! Love how you were able to focus on one subject with so many other delectable paintings about -- but it also sounds like you sampled some of those -- good!