Now that we're back home from our long trip west, I have time to think about the beauty of the ruins we saw in Mesa Verde. I can wonder and learn more about the history of these ancient people who lived in this difficult country from around the 6th to the 13th century and then moved on. Above all, I can remember my experiences of visiting their early pithouses on the tops of the mesas and their amazing cliff dwellings in the alcoves under the cliffs. I tried to learn what the early people ate, as well as many other things about their lives and their material culture.

On the morning of the day we spent in Mesa Verde, we followed the Mesa Top Loop, stopping at every opportunity to see the dramatic overlooks down into the canyons and to see the archaeological sites of very early pithouses, the dwellings of the first Pueblo people to arrive in the area. 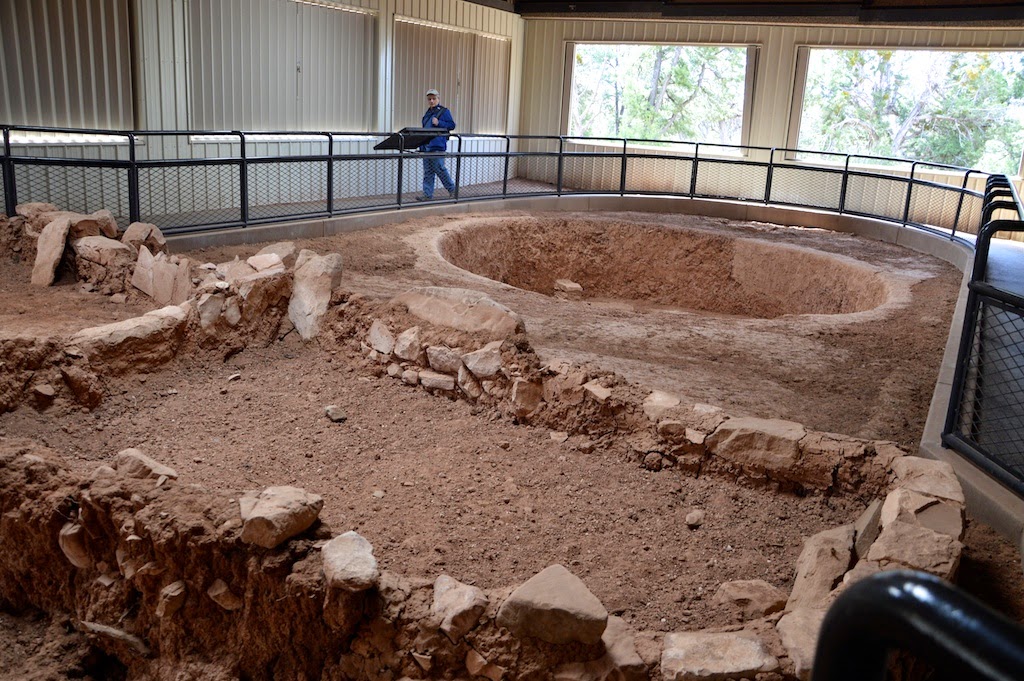 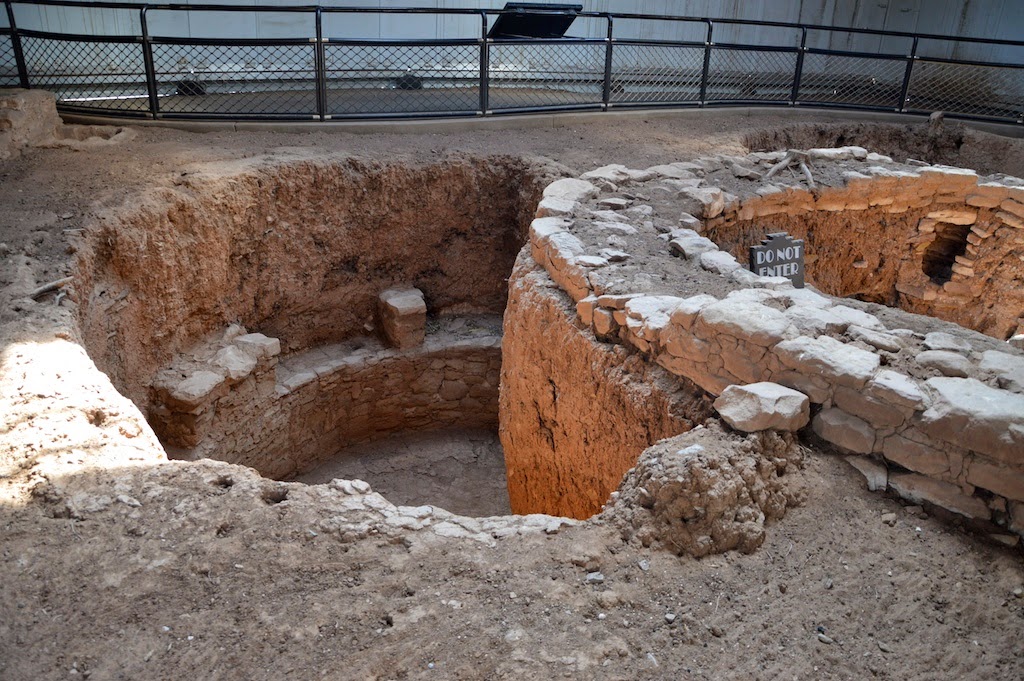 Around the dwellings, we learned, were the fields where the Indians raised corn, beans, and squash. They gathered foods such as calorie-rich pine-nuts from the pinyon pine, and hunted game. They domesticated the local turkeys, and also raised dogs. (I assume that like the peoples of Central America, they ate dog meat).

Archaeologists have discovered numerous channels that the ancient people used to control the many streams of water around their fields; the exact purpose of these water projects is not fully understood.

In their below-ground buildings, which originally had wood-timbered roofs, people slept, ate, stored their grain supplies and other foods in baskets and skin bags, ground grain on grindstones, cooked over a central fire pit, and generally led their lives. Clay drinking vessels, seed pots, and other pottery have been found in the digs. Some interior spaces appear to have been used as meeting places as well as for living. 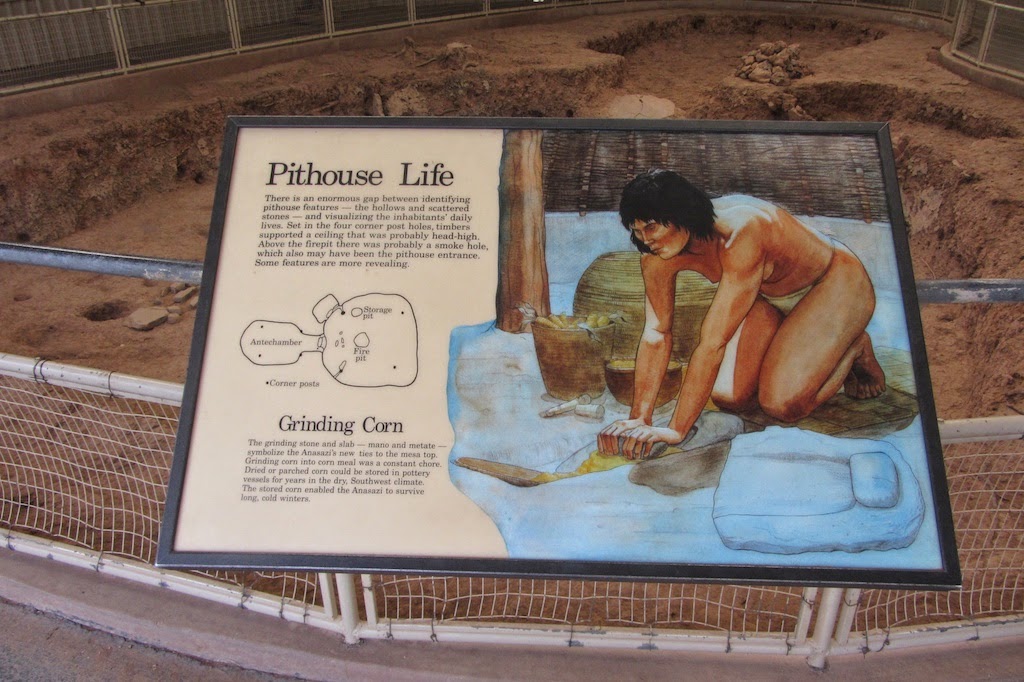 The many excavations we saw are protected by metal buildings and railings to keep out rain, wind, snow, and tourists. We read many explanatory placards like the one illustrated above, and found the documentation very helpful in learning the history of the people who lived in these pithouses until the late 12th century. At that time, for reasons that are not well-understood, they began to build new dwellings -- cliff houses -- in shallow caves, or alcoves, in the sides of the cliffs. The amazing alcove dwellings, many visible from the Mesa Top Loop overlooks, are of course the most famous aspect of the park.
I'll be writing more blog posts about the cliff dwellings and how they were discovered in the late 19th century.

Mesa Verde is on my list and you have made me want to plan a trip with your great pictures.

we've certainly come a long way with our kitchen tools, eh? i'd love to visit a place like this!