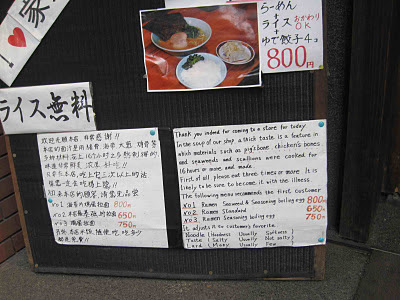 For lunch today, I had a bowl of ramen noodles, as described on the sign above (click on it to enlarge). At the counter in the noodle shop I happened to sit next to a Buddhist monk named Malcolm, whose father is the hereditary head of a nearby Buddhist temple. His American mother went to the University of Michigan, which is why he spoke perfect English and thus was fortuitously available to help me figure out the system (involving purchase of a ticket from a vending machine to pay the cook behind the counter).
We had dinner at a wonderful place, which our hosts identified as a "drinking" place, so we made toasts in beer and saki along with an amazing and fabulous selection of sashimi, sushi, edamame, and other interesting dishes such as sea grapes (a kind of seaweed with tiny spherical air sacs that crunch when you bite them); tofu salad with an almost-sweet, very smooth tofu; and an egg dish that is also slightly sweet. 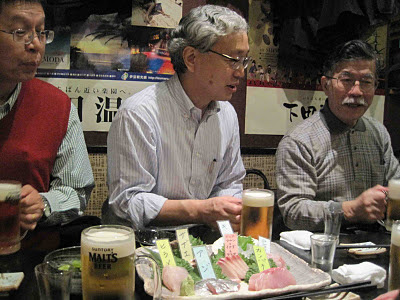 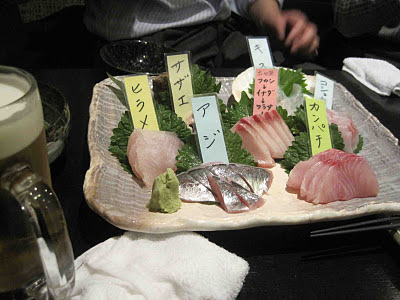 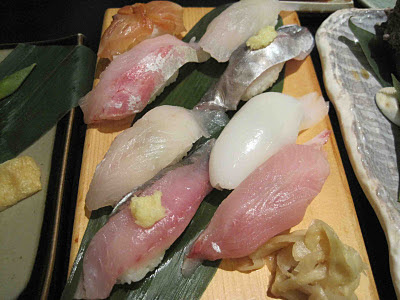 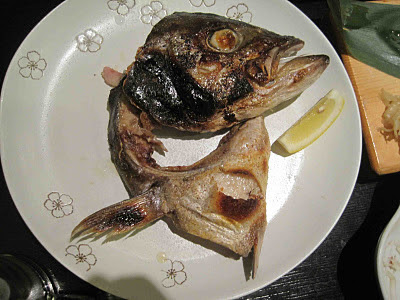 Oh, Mae, I'm dying a thousand deaths looking at this fabulous food and memories are rushing past me at breakneck speed of sharing meals with Japanese friends, having beer and sake in wonderful restaurants where the sushi never stopped. I hope you are having as wonderful time in your travels as I am reading about them!